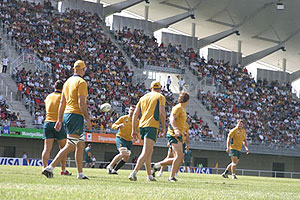 The Qantas Wallabies have received an extraordinary reception from the locals of Montpellier, with 10,000 fans turning out for this afternoon’s open training session at Stade Yves du Manoir.

The 13,000 seat venue had three of its grandstands completely full of spectators, the majority of which had arrived up to two hours prior to the start of the training session to secure a seat.

Flyhalf Stephen Larkham, who has played in two Rugby World Cup finals for the Wallabies, said the packed Stadium provided a “game-like” atmosphere.

“A few of the boys were saying they were a bit nervous before we ran out onto the field,” said Larkham.

“It was incredible to have so many people turn up to watch a training session. I felt like I was running out for a game,” he said. 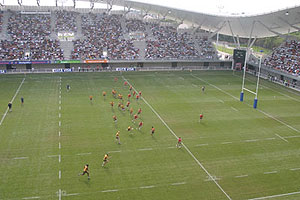 South Africa lost their world No.1 ranking to the All Blacks on Saturday night – this week they could well lose their dignity.

'That was stupidity!' Top 14 player red-carded for the most ridiculous tackle you'll see

“What was he thinking? Unbelievable.” 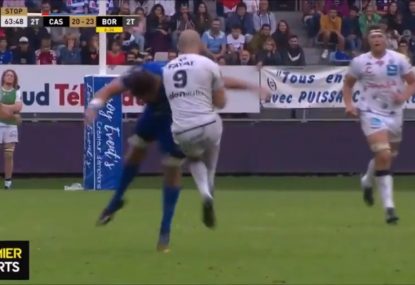 'That was stupidity!' Top 14 player red-carded for the most ridiculous tackle you'll see

It was nearly a different colour for Lachie Swinton – baffling fans – but Dave Rennie highlighted that it’s up to him to avoid those situations. Meanwhile, the Wallabies coach signalled that James O’Connor is a serious consideration to replace the injured Tom Banks. 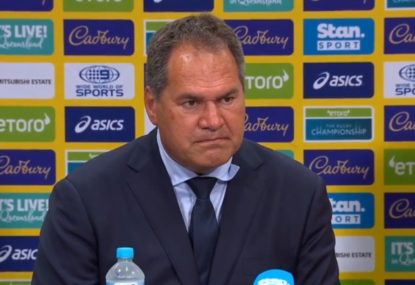 The Springboks were panned by their nation’s media for their worst performance since 2017 against the resurgent Wallabies as unforced errors, missed tackles and ill-discipline scuppered the Boks in back-to-back losses to Dave Rennie’s men.

Tom Banks’ fractured arm has opened a vacancy at fullback that could be filled by James O’Connor as a Wallabies reunion with Quade Cooper looms next Saturday.

I am a 76-year-old lifelong rugby union enthusiast from the Sunshine Coast. 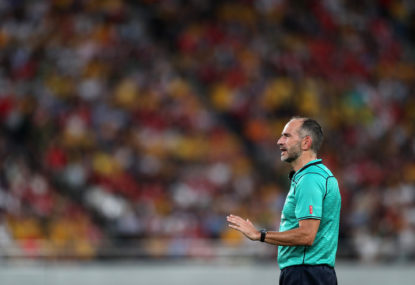