Cricket should not let broadcasters help umpires on close LBW decisions because their technology is not foolproof, according to the executive producer of the Nine Network’s coverage in Australia.

More cricket
Ponting back to drawing board ahead of Harbhajan rematch
Ponting confident Australia can rebound
Ponting outpoints Waugh as captain, says Chappell

While the next president of the International Cricket Council (ICC) this week warmed to using technology to help umpires make leg before decisions, Nine executive producer Graeme Koos admitted the Hawk-Eye computer program was not advanced enough.

Hawk-Eye, which tracks the trajectory of the ball off the pitch, is a popular television gimmick used to illustrate whether the ball would have hit the stumps in close LBW decisions.

The program is used to decide close line-calls in tennis, and ICC president-elect David Morgan said on Sunday he was keen for cricket to embrace technology to assist umpires make the right calls.

Last week’s third Test between Australia and India in Perth was blighted by several doubtful leg before decisions where batsmen from both sides were given out to deliveries which looked like clearing the stumps.

But Koos said Hawk-Eye was not foolproof, as umpires could not be certain that balls would do what the computer program hypothesised.

“I don’t think it should necessarily be part of a cricket match,” he said.

“I wouldn’t want to be hung by a jury on the evidence that comes out of Hawk-Eye.”

Koos said the British company behind Hawk-Eye was constantly trying to improve its product, but admitted the program, like other computers, could break down, fail to give readings and provide inaccurate readings.

He said Nine used the technology to enhance its cricket coverage, and that the ICC had to be certain of their aids before introducing any measures to have umpires refer leg before appeals to a third umpire for review.

“If you ever wanted to start using it you’ve got to ensure it’s accurate and I don’t think you can say that about anything,” he said.

The other pitfall behind any plans to have technology assisting umpires in LBW decisions would be an uneven playing field, as the ICC would have to ensure the same practices were used across the world.

Koos said Nine’s Hot Spot technology was the only foolproof element of its coverage, as it could determine whether a ball had hit the bat or not through infra-red cameras which detected friction.

But he admitted it was difficult to rule definitively on contentious catches – an issue which arose during the second Test in Sydney – because replays were often inconclusive. 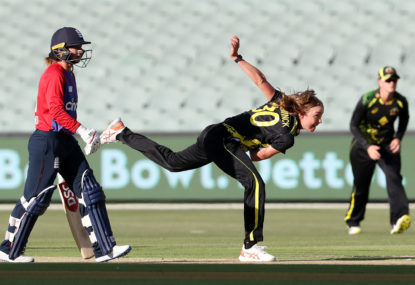 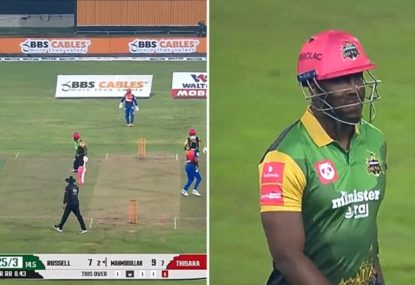