Double amputee South African athlete Oscar Pistorius has three more chances until Sunday to post a qualifying time for the London Olympics. He finished second in a heat at the African Championship in Benin on Wednesday.

The time, 46.32 seconds, was over a second outside the 45.30 he needs to run to qualify for the London Games so his window of chance is closing fast.

Although the Court of Arbitration for Sport in June 2011 ruled that Pistorius may compete against the able bodied runners, ethical debate still surrounds him. The ruling overturned the 2008 IAAF decision that his carbon fibre prosthetic blades gave the athlete an “unfair advantage”.

The argument for the court’s ruling is that Pistorius’ blades compare to other athletes’ strapping, braces and bandages for injuries. Although it is assisting the body, it is only bringing him back his ‘normal’ level and not beyond.

While this may be the case for Pistorius now, i.e. that his blades are only giving him back his legs that nature has taken away, what of the technology in the future?

Technology for prosthetics has come a long way since WWII war ace Douglas Badar was given false legs of tin. Advancements in materials and fibres will only accelerate and further the mobility to many, athlete or not. This is where the line has to be drawn.

While we all admire Pistorius for his never say die determination and not allowing the loss of his legs to deter him, he may already be beyond the speed of what he would have been if he still possessed his own limbs, harsh as that may sound.

Reigning Olympic 400 metre champion American LaShawn Merritt raised his concern about what is a level playing field in May this year. “I haven’t really been keeping up with it, but I don’t know how the judge made a ruling on it and what goes on with the prosthetic legs…he gets better every year”.

Merritt’s objection smacks of hypocrisy after he was suspended for 21 months for a doping violation in 2010.

Perhaps the only way to set a fair benchmark is to measure the compression and thrust on the track surface of Merritt and perhaps another top three 400 metre runners and somehow devise a way to set Pistorius’ blades to the same thrust. Although this may compel Pistorius to be never better then number two he would at least be competing on pseudo equal terms.

What ever the final ruling, it will not be an easy decision for the powers that be in world athletics.

While we wait for the upcoming Tokyo Olympic Games (OG) to see if Australia can win another running medal, unquestionably an immense challenge given that Australia has won few medals per decade since the golden years of the 1950s and 1960s, this article looks back at past OG to rate Australia’s top ten running performances […] 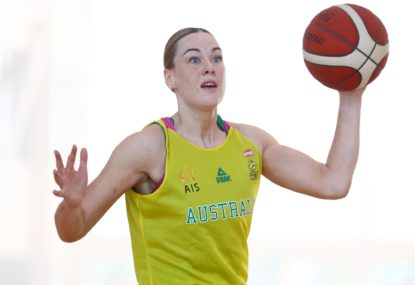 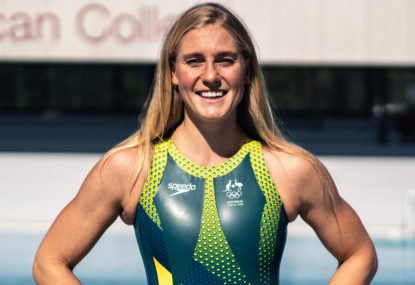