This year could well define Mark Webber’s Formula One legacy.

In many ways it is a ‘now or never’ season for the Australian, who will be 37 in August and the oldest driver on the grid.

Red Bull has won the past three drivers’ championships – but in the hands of the young star Sebastian Vettel, with Webber acting in the unwanted role of wingman.

Webber is on a yearly deal and it is debatable whether his contract will extend into 2014, with talented younger racers, including countryman Daniel Ricciardo, eager to unseat him.

The veteran has repeatedly said he would not move down pit lane to an uncompetitive car, so this year could be his last chance to drive a pacesetting machine and claim the elusive world crown.

In 2010 he set up his best chance to win the championship before proceeding to create his own hurdles while heading for glory.

He went on a victory spree in a standout year, winning in Spain, Monaco, Britain and Hungary.

Webber headed the world championship points table before an unforced error resulted in what would ultimately become a disastrous spin in the Korean GP.

It was a serious setback yet he still had a chance to take the title in the season-ending Abu Dhabi GP.

Qualifying a disappointing fifth virtually put paid to that bid in a messy race which saw he and fellow contender Fernando Alonso involved in a race of their own while Vettel slipped by to take the crown from under their noses.

The Australian has angrily disputed suggestions he should quit, or that he will slow down with age and become a liability to Red Bull.

“I don’t see this as my last year in Formula One,” said. “I have signed one-year contracts for the last four years here even when I am fighting for the world championship.

“I don’t feel as though I am getting tired when driving the car. I feel good.”

The Australian is renowned for his fitness, durability, and straight-talking, and he is undoubtedly still quick, but some things never change. And for Webber that means slow starts.

Unless he can produce an unlikely turnaround, Webber’s blank stare when the lights go out will continue.

He has frequently lost races before the first corner from pole position, a source of puzzlement and frustration for him, his team and his fans.

Red Bull boss Christian Horner has given complex and technical reasons why this sort of thing has become Webber’s trademark.

The fact is though, that it does not happen to the other leading drivers.

Horner did little to clarify the question when he produced techno-babble involving the engine being in alignment with the chassis electronics, the need to synchronise two clutches and “bite points”.

Horner very generously says “Mark’s had some good starts, unfortunately the bad starts have been when he’s been right up the front”.

In contrast, in the same Red Bull car, Vettel lost a total of just four places off the start. 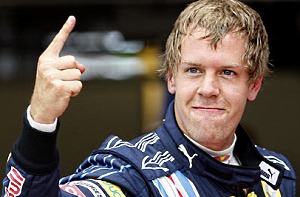 Apart from outside reservations, Webber has had to face criticism from within his own team, incredibly virtually being accused of choking.

This comes from Red Bull `advisor’ Dr Helmet Marko, an unabashed Vettel fan, who has put Webber under tremendous pressure within the team with his continuous partisanship.

Unfortunately, Marko does make some relevant points. It is embarrassing, though, when his disparaging comments are published in the Red Bull team’s in-house magazine.

“It seems to me that Webber has on average two races per year where he is unbeatable, but he can’t maintain this form throughout the year,” Marko told Red Bulletin.

“As soon as his prospects start to look good in the World Championship, he has a little trouble with the pressure that this creates.

“In comparison with Seb’s rising form, it seems to me that Mark’s form somehow flattens out.

“If some technical mishap occurs, like with the alternator for example, he falls relatively easily into a downward spiral.”

Webber’s bounce back from a miserable 2011 with his two wins last year was brief. A poor second half of the season saw him slip down to sixth in the drivers’ championship, five places astray of Vettel who clinched his third crown.

According to Marko, Webber has been psychologically derailed by having to match perhaps the sport’s best driver after a career of seeing off second rate teammates in other outfits.

“For much of his career, Mark was never in a top team, but he was always regarded as a high flyer if he only could get into the right team,” Marko said.

“Then Red Bull puts him in a (winning) car and suddenly along comes this young kid and he snatches the booty from under Mark’s nose.

“Psychologically it’s not easy, of course. This would gnaw away at anyone’s confidence. It’s more than understandable.”

Retirement will come, sooner rather than later, and it is clear the Australian is already wrestling with the subject.

“I haven’t been there yet but it is going to be a very difficult moment, no question about it,” Webber told GP International magazine.

“I suppose it’s just about getting the timing right – not pulling the plug too early, knowing you have more to give of yourself, or going too long and not being quick enough or struggling to do the things you used to be able to do.”