A huge week of AFL football has passed, with controversial suspensions, detrimental injuries and many other big stories being talked about during the week. Round 17 looks likely to be a season-defining one.

Can the Crows pull off an upset that could send them into the top eight?
Adelaide have pulled off a couple of victories this season that have made other teams step back and fear them, as their wins over Port Adelaide and Collingwood are the reason why they are still close to the top eight.

Then they have had shocking losses, like their defeats to Sydney and Melbourne. Now is the time for the Crows to perform if they want to make the finals for this year. When they play at their best they are a finals worthy team, but their inconsistency has tainted them.

They take on a Hawthorn side that is at its lowest point since late 2011. Their injury crisis turned on them last Friday night as they were shaken up by 10 ferocious minutes by North Melbourne.

The game depends on Adelaide. Everyone knows that Hawthorn will always bounce back and be consistently good, but if the Crows show up and produce their best form then they will beat the Hawks at home. But, considering that consistency has been Adelaide’s kryptonite this season, I can see the Hawks running home in a tight finish.

Can Melbourne stun another Victorian team?
Melbourne have been gallant this season, upsetting the likes of Carlton, Essendon and Richmond. They now face up against Geelong, who are flying under the radar after being challenged by the Bulldogs last week.

I think that Geelong are just too good for Melbourne, and have the class to dig themselves out of a hole even if Melbourne takes control. Carlton and Richmond didn’t have experienced players who stepped up when Melbourne started winning, whereas Essendon only had David Zaharakis stand up for them in their encounter with the Dees.

Geelong have a whole core of players who can step up in a crisis and they will run away easy winners in the second half.

Can the Bombers cruise into the top eight?
This match is surely the match of the round. A Bombers outfit that is fresh off a brilliant win over Port at Adelaide Oval comes up against a Collingwood outfit under fire after a shocking loss to the Suns up at Metricon.

Collingwood now come up against an Essendon side full of confidence, while they lack any self-esteem after last week’s dodgy loss. The Magpies will be fired up though, as a loss here could see them dropping out of the top eight. I expect a close match full of momentum swings, with Collingwood finally winning at the end thanks to some class from their superstars. 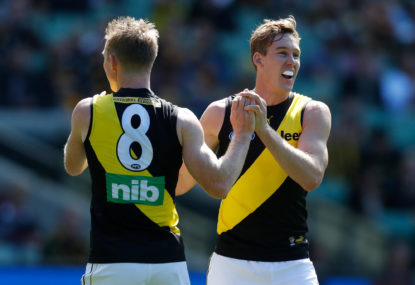 The majority of AFL clubs have responded to Australia Day and what it means to many Indigenous Australians with social media posts that “acknowledge today signifies a day of pain and survival for First Nations Peoples.” 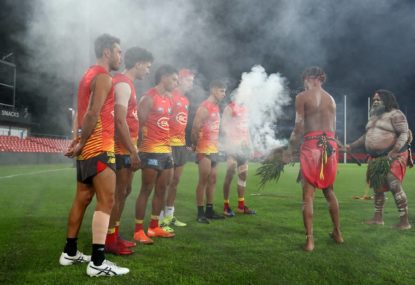