EPL transfers: Who's gone where and what does it mean?

With the 2014/15 English Premier League season a week away, the summer transfer window has kept us in touch with our clubs. The coming and going of new and old faces builds the anticipation for fans and the media alike.

Most clubs complete signings early on to avoid competition, and get the team to gel together in pre-season preparations.

Chelsea did their transfer business very early, with Jose Mourinho saying he is happy with his club’s transfer dealings and doesn’t think there will be any other purchases.

Chelsea lacked a deadly goal scorer last season and many people claimed it was what cost them the Premier League title. Getting Diego Costa has obviously made them more dangerous, and with the arrival of Cesc Fabregas as well, they have got a box-to-box playmaker.

Chelsea are, with City, league favourites, anything short of the title would be considered a poor season.

Roberto Martinez’s task this summer was to keep together those players who almost took Everton to a top-four finish. He has managed to do that, permanently signing Gareth Barry and Romelu Lukaku for a record transfer fee of 28 million pounds.

Manchester United have a huge season ahead for them and with lack of Champions league football, this transfer market was certain to be difficult. Louis van Gaal was obviously the biggest transfer business made by the club, with his name enough to attract star players.

As much as United require new faces, a massive clear-out was on the cards as well. Players like Nani, Anderson and Tom Cleverly are certain to leave the club. The team requires box-to-box midfielders as well as defenders.

With Ander Herrera and Luke Shaw already purchased and played in pre-season matches, LVG would have to focus on getting the right formation to suit and accommodate his attacking players in Juan Mata and Wayne Rooney, and possibly Shinji Kagawa and Adnan Janujaz.

With success in his formations and results, he can certainly make Man United dream again. His main objective would be to get his team in the top four, but the title can’t be ruled out

Liverpool, and after sinking his teeth into a third opponent, it was obvious Luis Suarez was bound to leave. Transfer deals like Rickie Lambert, Adam Lallana, Dejan Lovren have raised eyebrows as they are from a club that finished in eighth. Although that’s a respectable position for Southampton, a club which finished second and buys players from a club that finished in eighth position doesn’t show progress.

With Emre Can and Lazar Markovic deals also completed, Brendan Rodgers has shown he is going for youth and squad depth rather than the finished quality that most fans anticipate and expect.

At this rate, most fans would be satisfied with a good run in the Champions League and a top-four finish.

Manchester City already have arguably the best team in the league, and a clear-out was required more than more signings since the Financial Fair Play rule came into place.

FC Porto’s Fernando was bought to create competition with Fernandinho, while Bacary Sagna came on a free transfer.

With Eliaquim Mangala expected to complete his move soon, it’s already a very talented squad and Manuel Pellegrini would have to ensure his first team remain fit throughout the season because, with Chelsea, they are league favourites.

Arsenal have also done their transfer businesses quickly, with the astute signing of Alexis Sanchez. Arsene Wenger has decided to build on the success of last season and filled up the areas they really need. After releasing Sagna, Arsene has signed two right backs in Callum Chambers and Mathieu Debuchy from Southampton and Newcastle respectively, as well as a backup keeper and competition for Wojciech Szczęsny in David Ospina.

Arsene would hope with an improved squad, his team would challenge for the league title.

Tottenham Hotspur have been involved in low-key signings, probably due to the stigma from previous summer signings. The biggest transfer coup is probably their manager Mauricio Pochettino from Southampton.

Signing defenders in key positions and also selling players in surplus positions and making sure previous signings like Erik Lamela get integrated into the team is Pochettino’s key task.

He would look to break the top four in his first season, which would be a great achievement.

Melbourne Victory are on the hunt for their third manager in two seasons after Grant Brebner departed the club following the 7-0 derby loss on the weekend to Melbourne City.

Manchester United executive vice-chairman Ed Woodward has resigned amid the fallout from the stuttering Super League. 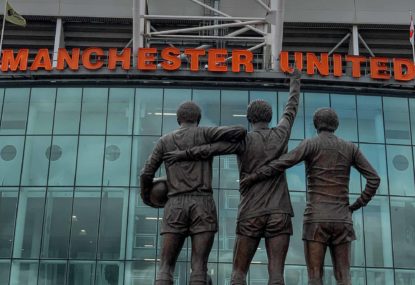 On a day that would have otherwise been notable for the latest triennial revision of Jose Mourinho’s managerial career, yesterday the world of football managed to provide a moment even more uniting. Years of seemingly empty threats coming to fruition? Or the ultimate game of brinkmanship? The final outcome of yesterday’s announcement of a European […]