Coaches mostly get too much credit for winning and too much grief when their team is losing. Michael Cheika is probably getting slightly more credit than he deserves after the Wallabies’ scratchy effort against Fiji.

Watch the last eight minutes or so of the Japan versus Springboks match and you’ll see that the hallmarks of great coaching are all over the Japan performance. The behaviours from the Japan players are exactly what a coach would hope for in that situation.

After all, what coaching is all about is changing behaviours. The best coaches are those who can change players’ behaviour to productive and positive and cement them there. It’s no good having the right behaviours some of the time – all that gives you is inconsistency.

You need good behaviours under all conditions, all pressures and all sorts of fatigue, which is what Cheika is aiming for with the Wallabies. It’s the same aim that gave a player like, say, Jonny Wilkinson, his stellar career – a relentless search for perfect execution under all conditions.

Australia showed a good deal of intelligence and the odd piece of sparkling execution in their first outing against Fiji, although they’re not yet at Wilkinson-level. Winning ugly can be smart. However, plenty of errors around lineout time and in general handling means work ahead for the Aussies.

The terminology you’ll generally hear bandied around is ‘precision’. For rugby neophytes, this sort of talk must seem like the worst sort of insider-wank-chat, but really it just means that the player did the right things, at the right time, in the right way.

If we talk about a support player at the ruck for instance, ‘precision’ means that he arrived quickly (therefore his positioning on the field must have been good), his body shape was strong (feet apart, head and shoulders low to resist the cleanout, square on) and he had the presence of mind not to take easy options (in from the side, hands supporting his weight).

Tevita Kuridrani’s yellow card in the final minutes of the Fiji match was a good case study. Kuridrani made a dominant tackle, and then spoiled it by not releasing as well as supporting his weight on the ground. It was imprecise and ill-disciplined from him.

Let’s not be too churlish though. This stuff is hard enough in minute 20 of a hard and fast Test match, but to pull it off consistently through the last few minutes of a bruising Test against a big, physical side is another story.

The Wallabies didn’t actually manage it much at all for the middle 40 against Fiji, which says a lot about the pressure brought to bear by Fiji, and also makes the Japanese effort against South Africa all the more impressive.

This is the twofold genius of Eddie Jones Mk II. He not only managed to drive a second tier team hard enough that they believed they could beat the Springboks, but when it came to the crunch, they actually had the ammo to carry through.

On the other side of the fence, Heyneke Meyer’s edge-of-the-seat coaching box antics are suddenly seeming slightly less charming and slightly more unhinged. One of the attributes of a great coach is the composure of being able to hand everything over to the players once they go on the pitch. Meyer seems to be incapable of that – which is perhaps a function of his apparently haphazard preparation. He seems totally uncertain about what is about to unfold on the ground.

A complete preparation would seem a given for a tournament such as the Rugby World Cup, which is why Will Genia’s comments on the Wallabies’ 2011 experience were revealing reading.

Genia started out by saying that “the Wallabies are better prepared for the big moments of the tournament than they were four years ago when Robbie Deans was in charge” and emphasised that preparation was critical.

“When I look back on 2011, we didn’t have a really specific plan about how we wanted to go about things. Whereas preparation this time around, we’ve left no stone unturned. The detail, everything has been done, the groundwork has been done, everyone has worked hard – beyond hard – to make sure we’re ready physically and mentally.”

It seems difficult to believe that a coach so experienced as Deans would not cover off every possible issue that might impact his team, but perhaps that is the simple genius of modern professional coaching – just a relentless approach to fitness and detail. It appears that Cheika has this part of the equation right, even if it is not showing up consistently yet in every Test.

Certainly it is what got Jones and Japan across the line against South Africa. Perhaps the old Jones with his uber-detail focus was just ahead of his time coaching in Australia. Perhaps Australian players weren’t ready for Jones, perhaps rugby wasn’t as professional as it now is. Or perhaps the ultra-focused Japanese are the perfect fit for Jones and his semi-obsessive approach.

Whatever it is, he’s got something right – a super-fit playing group of talented individuals with great skills and the belief born of hard work. Their late blowout loss against Scotland last night says more about the tough four-day turnaround than anything – they were in touch at half-time at 12-7 and lost their inspirational No.8 Amanaki Lelei Mafi early in the second half before the match slipped away.

At the 2015 World Cup the coaches are putting their stamp on the game. Fiji under John McKee have looked a more complete side than in any World Cup so far. Japan, under Jones, also look to have made the step up, and will be an even greater threat in another four years when the Cup goes to Japan.

If nothing else, Cheika’s Wallabies appear to be fit and hard edged in defence, which might be enough. They did everything required of them in their opening match, namely, get a win at all costs. As George Gregan reminded us recently, no team has ever lost a pool game and won the Cup.

Only the under pressure Meyer seems to be struggling to impose himself on his team. The strategy of picking experience can backfire, particularly if the players start directing play around the coach.

Much of the pressure on Meyer appears to have transferred to his team, and his edgy demeanour can’t help matters. In any case, his several poor selections for the tournament, exemplified by the aged Victor Matfield and the chronically-injured Jean de Villiers, have put the Boks on the back foot from the start.

Meyer will be hoping that Samoa coach Stephen Betham has an off day leading into the Bokke’s do or die clash against Samoa. It could be a forlorn hope – Betham has achieved some excellent results so far in his time at the helm.

For his part, Cheika will hope that his Uruguayan counterpart Pablo Lemoine (Uruguay’s first professional rugby player, and first try-scorer at a World Cup), doesn’t get any new firsts against Australia.

The action might appear to be on the pitch, but make no mistake – at the 2015 Rugby World Cup, there’s plenty happening in the coaches box.

Springboks prop Frans Malherbe has given a fascinating insight into the dark arts of the rugby scrum, the difference of packing down in northern… 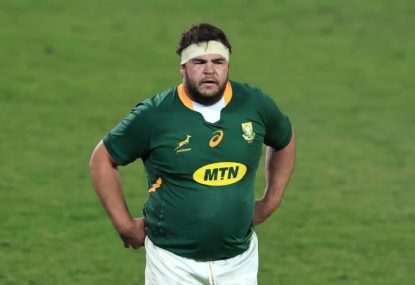 'I hate that so many hate me': Erasmus would LOVE to see Boks in 6N, reveals only reason he'd reject England job 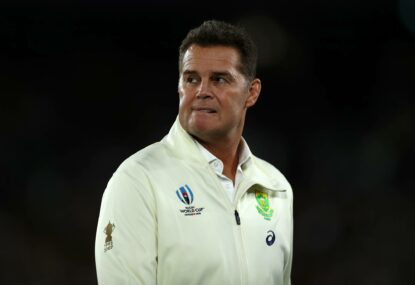 'I hate that so many hate me': Erasmus would LOVE to see Boks in 6N, reveals only reason he'd reject England job

'Ill-conceived and muddle headed': Rugby reacts to claims Springboks are set for Six Nations entry in 2026 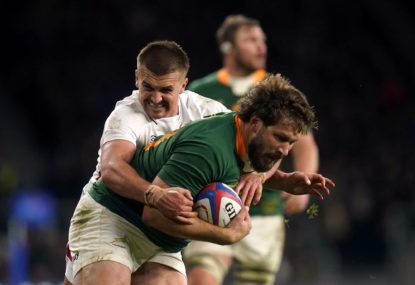 'Ill-conceived and muddle headed': Rugby reacts to claims Springboks are set for Six Nations entry in 2026

South Africa is North Africa? Rugby union is finally in union? How loud does money talk? Arguments about change in rugby leagues are akin… 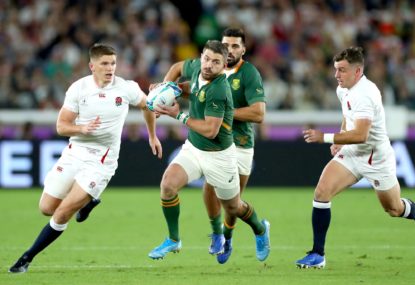