GPS data: Training the next wave of AFL analytics

The National Basketball Association has just tipped off. As the likes of Cleveland’s LeBron James, Golden State’s Stephen Curry and Houston’s James Harden go to battle on the court, there’ll be more than the 30,000 in attendance and millions tuning in on a variety of screens watching.

Sitting some 10 metres above the court, six motion tracking cameras will capture all of the action, 25 times per second, in a way that gives analysts access to where every player is at every moment of the game.

The SportsVU system, a partnership between American sporting statistics pioneer STATS LLC and the NBA, are installed in every professional arena, and produce a truly mindblowing array of numbers and statistics to help quantify what happens, and why.

Well, they’re mindblowing to a nerd like me, anyway. The richness of the information that these six little cameras bring to the table adds so much to a fan’s understanding of what’s happening on the court.

For example, the eye test suggests New Orleans Pelicans power forward Anthony Davis – affectionately known as The Brow (give it a Google) – is an immense defensive force. But the box scores, the basketball equivalent of disposal counts, don’t really account for that.

They show he blocks two shots per game, which is above average, but when you consider there are upwards of 80 shots taken in a 48-minute NBA game, it’s very obviously a deficient statistic.

The added information provided by these cameras is truly staggering – entire cottage industries have emerged in the US to crunch the numbers.

American sports have always led the way when it comes to the use of data and other information to assess performance, in part a product of private ownership and the general wealth that professional sports in the US command.

But there’s an Australian connection here, too. Catapult Sports, an ASX-listed Australian organisation, is exporting its world-leading technology to sporting organisations around the world. They’re the company that make those little devices that sit in between the shoulder blades of AFL jerseys that look like restaurant buzzers.

One of their more notable clients is the Golden State Warriors in the NBA, who won it all last year in part because of an incredibly clean bill of health at the pointy end of the year.

These wearable devices, of which there are many varieties produced by a number of firms nowadays, are a more individualised version of the SportsVU cameras in use in the United States. The AFL was one of the first sporting leagues in the world to adopt wearable technologies.

Yet, in many ways, I see the AFL as in the dark ages when it comes to the use of data and analytics to inform and explain what’s happening on the field. I have no doubt that there’s a whole heap of information and knowledge collected by the league and clubs, but so precious little of it makes it out into the public domain.

Regular readers will be aware of my frustration on this issue (#freethestats).

One area that certainly piques my interest is spatial information – or adding a ‘where’ element to statistics like kicks, clearances and inside 50s. For a game like Australian rules football, with a field that spans 165 metres in length and more than 100 metres in width, adding a dose of location data would improve our understanding of what’s happening immensely.

But that’s perhaps what’s holding things up. The game is so complex, with so many players and played on such a large playing surface that there’s still some way to go when it comes to developing a simple, economic solution.

To get a little bit of an insider view on this issue, and the role that GPS and other location data can and could play in the AFL, I had a brief chat with Sam Robertson, who has a very interesting professional life.

Ryan Buckland: Thanks for your time Sam. From what I’ve seen and heard about you, you’ve got something of a unique professional career, working in academia but also in a professional sports setting with the Western Bulldogs.

What is your role with the Dogs, and how does this mesh with your academic career?

Sam Robertson: I am fortunate enough to hold a dual role with the Institute of Sport, Exercise and Active Living (ISEAL) and the Western Bulldogs as the Senior Research Fellow/Senior Sport Scientist. This essentially means that I serve two masters, but also that I have different KPIs on which to deliver.

This obviously revolves centrally around improving performance from the football club’s perspective, whereas at the university high quality research outputs and generation of funding are paramount.

RB: How do AFL clubs currently use GPS data? What information does it provide that regular statistical analysis doesn’t?

SR: GPS data can be used in multiple ways and for different purposes. For example, most clubs use this technology to obtain information in training and matches relating to the workloads players are experiencing. Some clubs will also use this to inform their rotation strategies.

A unique advantage that GPS provides over ‘regular’ statistics is that the data has a spatiotemporal component to it; that is, we can also gain an understanding of where a player is on the field at a given time of the match. This obviously provides an additional depth of information over and above a player’s kick count, number of tackles or shots on goal.

RB: What would you call the best, or most widely used statistic in this type of work?

SR: Certainly clubs do look at physical output of players in matches; distances spent in certain running velocity zones or the amount of high intensity running. This information can have important implications for assessing player recovery, risk of injury and to a lesser extent, performance.

The important thing to recognise in using GPS in this way is that a player will only really cover distances in a match that i) their opponent or ii) their team requires them to do so. In fact, as is the case in some other team sports there is some evidence to suggest a negative relationship between increased movement profiles in the AFL and team performance.

RB: And how does that play out, say, in a weekly review or individual performance discussions?

SR: From a spatiotemporal analysis perspective, teams are able to use GPS data in conjunction with more traditional notational analysis to gain further insights into How and Why an event occurred in a match; rather than just a descriptive metric. Perhaps the main challenge in using GPS in this way at present however relates to its accuracy. As the technology improves, this error should decrease however in the interim, alternative methods such as radio-frequency identification (RFID) are also gaining popularity.

Of course, it is important to be asking the right questions which can be addressed using data from the technology; rather than analysing it aimlessly. Certainly the next step forward is to utilise this information more with respect to individualising player-specific information across different facets of the game.

RB: Are there untapped opportunities related to the use of GPS and information data for coaching or analysis?

SR: As I mentioned, using this information to obtain spatiotemporal insights into the tactical components of the game remains a logical next step. However, improving the quality of the data would be required in order for more accurate insights into this area to be obtained. Of course, there are also issues with using the technology at indoor venues which means alternative solutions are required in such instances.

This is where other alternative player tracking technologies (such as RFID or vision) can provide advantages of GPS at the present time.

RB: In your experience, are there any technologies or processes that you have observed in overseas sports that you believe would provide valuable insight for AFL clubs? If so, can you provide an example?

SR: Certainly the previously mentioned areas probably represent the first that spring to mind. In the US, the use of the SportVU system has facilitated interesting new insights into the tactical components of NBA basketball.

Using inertial measurements units to classify different player movements in an automated manner would also improve the efficiency and granularity in which training and match workloads can be quantified. As wearables become less cumbersome, they may experience an increase in use to provide real-time user feedback on skilled movement quality in athletes.

RB: That’s excellent, thanks for your time. 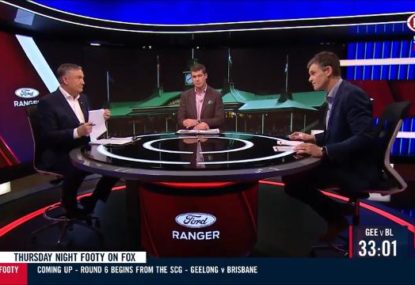 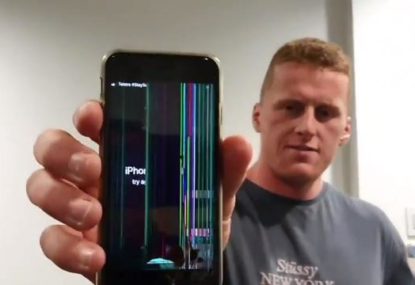