Usain Bolt has his triple-triple after Jamaica took a comfortable win in the men’s 4x100m relay for the third consecutive edition of the Olympic Games.

» Re-live all the action with our live blog

An impressive Japanese team were ahead by the smallest of margins at the final changeover, but with Bolt the last link in Jamaica’s change, it was all too easy for the world’s fastest man to power away for a win.

Japan had silver, and Canada bronze – after the USA finished third but were disqualified for a changeover violation – and were with a few inches of each other coming across the finish line, but Bolt had left them all in his dust.

As a result Bolt has won the same three events at the Olympics for the third consecutive time – the men’s 100m, the men’s 200m, and the men’s 4x100m relay.

It’s not merely the fact that Bolt has got his wins, however, but the incredible margin by which he has achieved them. 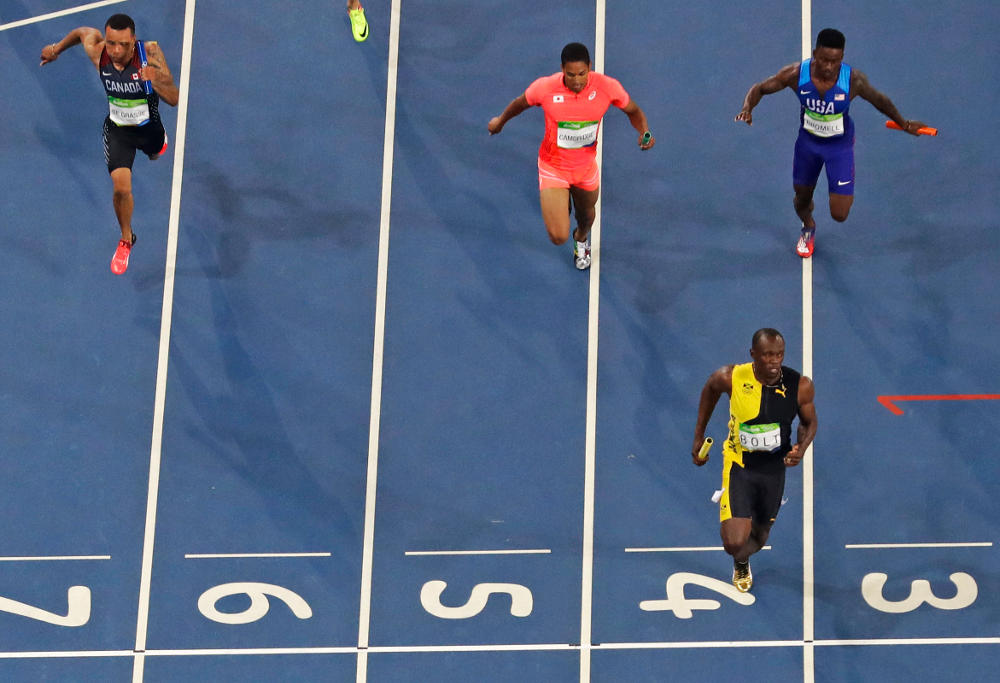 I’ve said it before in this Olympics but it bears repeating – you would expect the man to be slowing down a bit and to be winning by the skin of his teeth.

However that is just so far from being the reality. Every race Bolt has won, he has won in absolutely dominant form.

Watching him, you wonder if he’s even getting out of second gear. He looks so confident, so languid. While his opponents are huffing and puffing like the proverbial wolf, he looks like he’s on his sunday morning jog.

It’s not all about Bolt, though, this is a relay event after all, and credit must go the supporting runners Yohan Blake, Asafa Powell and Kemar Bailey-Cole.

Bolt has already stated that Rio 2016 was his final run at an Olympic Games, and he is going out on top of the world. He may still run at the World Championships next year, but his chapter in history of the Olympics comes to a close – but his was the most spell-binding of all.