It took an extra 13 seconds, but the Sharks finally did it

If you’re finally going to break a premiership drought in what is your 50th year, you might as well make it dramatic and Cronulla sure succeeded on that front in the NRL grand final.

When I got home from Sunday night’s epic game between the Sharks and Melbourne, I watched a replay of the finish to see just how long that last, desperate play from the Storm took.

It started with the play-the-ball at the 79 minute and 45 second mark, a couple of metres inside Cronulla’s half, and continued to the end of the 80 minutes and then another 13 seconds beyond that.

Twenty-eight seconds that must have seemed like a lifetime to Sharks fans as Melbourne went down the right, all the way across to the left and back to the right again before Cronulla finally snuffed out their light with the last tackle of the match.

What a sensational finish to a grand final!

Sound familiar? It’s the same thing we said last year, when North Queensland scored a try right on fulltime and Johnathan Thurston hit the post with the conversion attempt to leave it at 16-16 against Brisbane, before he kicked a field goal to win it in extra-time.

Obviously not as spectacular this time around, but nevertheless absorbing as the Sharks had the premiership in their hands and the Storm half-pulled it from their grasp before the Sharks grasped even tighter – and for good.

Cronulla played a great first half and probably should have led by more than 8-0 at the break. Credit to Melbourne for tremendous defensive work late in the first half and again early in the second half before they finally got on the scoreboard themselves.

It was like the Storm had crept up on the Sharks for that one. It wasn’t panic stations, but when the Storm took the lead, 12-8, you had to wonder: How do the Sharks get out of this now?

The Storm had them where they wanted them. The team that knows how to hold on to a lead better than any other in the competition, against the team that might now feel the pressure of representing a club that was staring at half a century of outs. 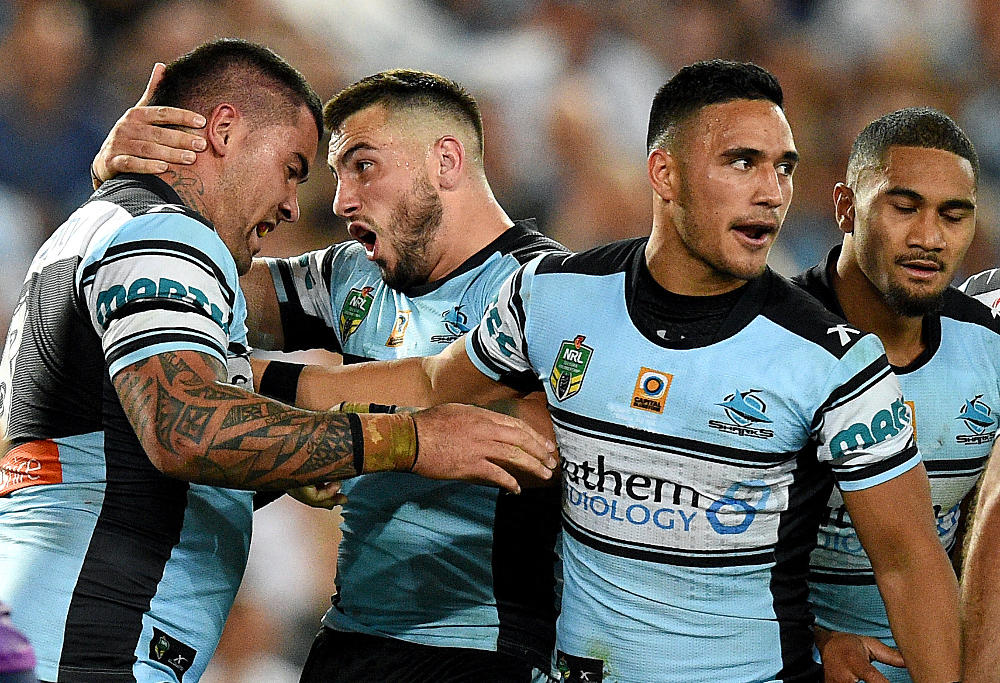 But the Sharks, to their credit, just kept playing the game and when the chips were down they played it better than Melbourne.

Sharks second-rower Luke Lewis was awarded the Clive Churchill medal as man of the match and he did have a terrific game, but the real man of the match was prop Andrew Fifita, who used his incredible bulk to defy multiple defenders and get the ball down for the winning try.

It is a privilege to witness history and it was fantastic to be at ANZ Stadium for this game.

It was also great to be just a couple of metres away when the victorious Sharks players emerged from their dressing-room into the room next to it, full of family, friends and media, to sing the team song.

Close enough to get sprayed by the beer and champagne.

There will be those who begrudge Cronulla winning the premiership because they believe the club shouldn’t have been in a position to advance this far so soon after the ASADA drama, but I prefer to look at it a different way.

This win was as much for the club’s loyal fans and the many great players who went before, without winning a premiership, as it was for the current team.

There will be plenty of Sharks fans waking up with sore heads on Monday morning – those who have actually been to bed yet, anyway – and good luck to them.

Finally, congratulations to the Sharks. At the end of the day it’s a game of footy – and they played a great one. 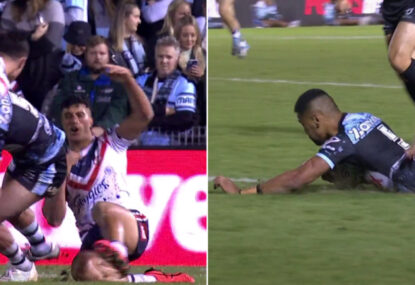 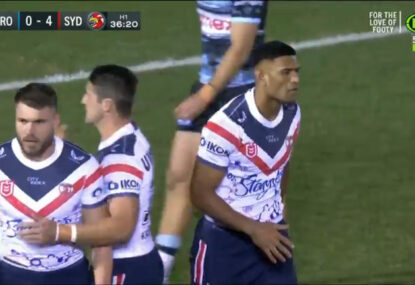