It has been a big week for Australian women’s rugby.

The Wallaroos took on the Black Ferns in a two-Test series in New Zealand. The first was played as the opener to the final Bledisloe match at Eden park, a daunting task for a new look Wallaroos team, who went down 67-3.

After a quick turn-around, the Wallaroos played their second game against the Black Ferns on Wednesday afternoon in North Harbour. Though they stepped up their game, they still lost 29-3.

Closer to home, the Central Coast Sevens took place last weekend. The two-day event showcased the best Australian talent in the shorter format of the game, with the Aussie Pearls fielding two teams in the competition that eventually met in the final.

The two rugby formats tell very different stories when it comes to developing the women’s teams.

As our women’s sevens squad flourishes, this year has demonstrated the potential that can be unleashed when sporting bodies prioritise growth and development of female athletes. Female players of the longer format continue to hear that there is a commitment to grow women’s rugby, but tangible progress remains slow.

The opportunity to play regular, elite rugby remains limited for the Wallaroos squad. Prior to the Black Ferns match up, the Wallaroos had not played a Test in two years, and came into their Eden park game with 13 debutants in the squad.

The National Championship is held annually, with the best players from each state coming together once a year, but a regular national competition remains elusive.

In comparison, New Zealand has a national provincial competition which has been running since 1999. All players in the national team compete in this. The Black Ferns also play at least one Test match a year.

The improvement between the first and second Test for the Wallaroos was huge. They were stronger at completing the basics and were able to work set plays. This was reflected in the final result.

As captain Ash Hewson noted, if this is how far they could come after one game, imagine how they could improve if they had the opportunity to play regular international games. 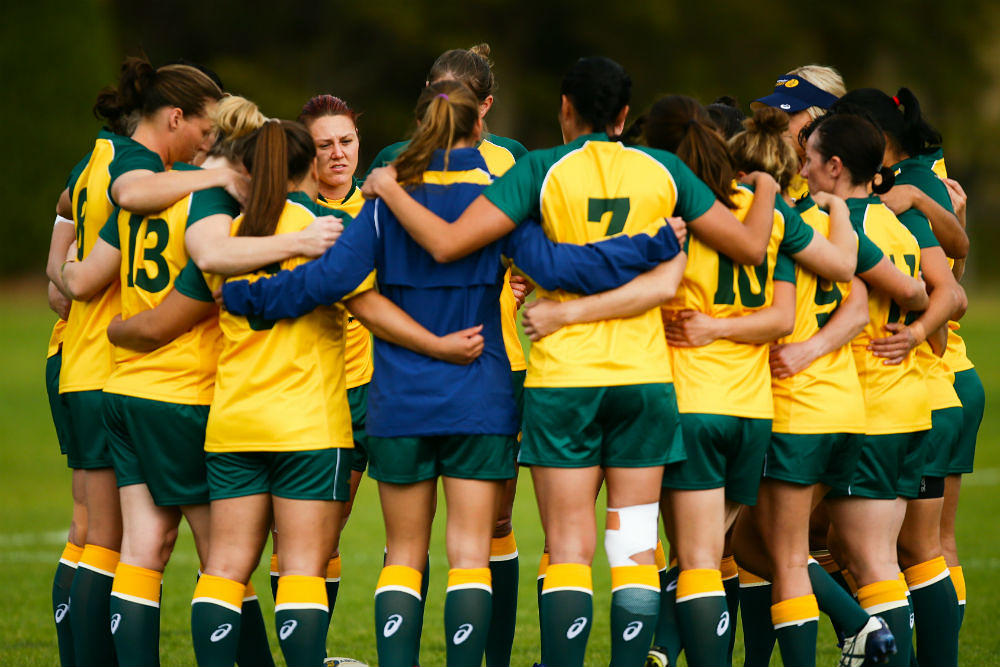 Contrasting the questionable commitment to the women’s XV format is the strength of the rugby sevens development program.

The Pearls are professional athletes, training full-time with the men’s team at the Australian Sevens centre in Narrabeen. They play regular tournaments throughout the year as part of the HSBC World Series, as well as in smaller invitational tournaments abroad and locally, such as the Central Coast Sevens.

The players are on full-time contracts, allowing them to dedicate themselves completely to their sport. The development program implemented by the ARU is also building the depth of talent available to the women’s sevens team for the long-term.

The success of women’s rugby sevens is just one example that shows when Australia invests in its elite female athletes, the dividends can be immense. Winning gold at the Olympics was a huge achievement for the team and opened rugby sevens up to mainstream viewers.

With continuing talk of a national sevens competition, there is the opportunity for even more players to develop their skills at an elite level.

Yet that success and recognition must come from somewhere.

It needs to be grown with commitment from the ARU, corporate sponsors, and the Australian public.

After the Wallaroo’s spirited bounce back in their second Test, here’s hoping that we see Australian rugby take stronger action to develop the format for women in Australia.