With the end of the year in sight, it is interesting to look back at autobiographies and biographies on current or recently retired Australian athletes and coaches published during the year.

These biographies often provide an insight into current issues in sport.

It appears these days that sports autobiographies and biographies need to include scandals and controversies to bring them to our attention and therefore lead to higher sales. After all, publishers want a return on their investment.

Most books written by athletes utilise the services of an experienced sports journalist. I have listened to Martin Blake, who has co-authored two books published this year, talk about want should be included and omitted.

It appears to me that many books are now a ‘warts and all’ story and are not afraid of upsetting the apple cart. As a result, these books are demystifying what goes on in the locker room and behind the scenes.

The books published this year cover relationships in teams and the impact of sporting careers in families. It should be no surprise that sporting teams are not homogenous and are like the rest of society where disagreements occur and personalities clash.

There is often the public perception that sporing teams are all on the same page and work harmoniously. Several of the books cover serious societal issues in current day sport including doping, cheating, discrimination and mental illness

I have provided a brief synopsis of several of the Australian sports autobiographies and biographies published this year.

The start of the cricket season often brings a plethora of biographies. Former Australian captain Michael Clarke has written My Story and it brings to the public’s attention volatile relationships in the Australian team and insight into his personality.

Former Test fast bowler Mitchell Johnson wrote Resilient and it provides an insight into his time in cricket, particularly his injury struggles and pressure to perform when wearing the ‘baggy green’.

Brad Haddin book My Family’s Keeper is due out later this year and will cover his career as well as private struggle of dealing with his 16 month old daughter Mia’s diagnosis of cancer.

Finally, current Australian cricket coach Darren Lehmann with Brian Murgatroyd has written Coach and it discusses today’s the punishing international cricket schedule. It must tricky writing a book while still actively involved at the highest level. 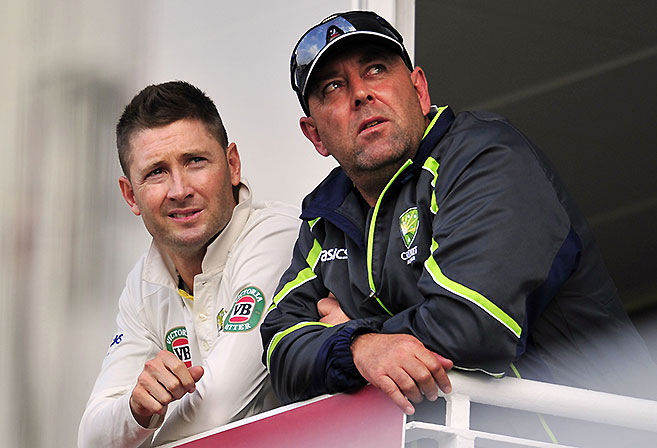 Brownlow medallist and Collingwood champion Dane Swan with Martin Blake wrote Dane Swan: My Story. This book highlights what Swan believes are the negatives of being a modern day player particularly the controlled structures of clubs and dumbing down of personalities. Swan also honestly highlighted his occasional use of recreational drugs but was not caught.

AFL games record holder Brent Harvey with Heath O’Loughlin wrote Boomer: how one of the AFL’s smallest men broke the game’s biggest record. It covered the affair between North Melbourne captain Wayne Carey and teammate Anthony Stevens wife and how it nearly destroyed the club. After the book was released, Harvey apologised to Carey about some of the comments made in the book.

Rugby league books have been light on this year. Former Brisbane Broncos captain Corey Parker with Stuart Honeysett wrote Iron Man. Parker is regarded as one of rugby league’s cleanskins and his book details his pillars of success – accountability, dedication, respect and durability.

Controversial jockey Jim Cassidy with Andrew Webster wrote Pumper. Cassidy details his racing career where he won over 100 Group 1 races and his part in the jockey tapes’ scandal that resulted in him being banned for 21 months.

2015 Melbourne Cup winning jockey Michelle Paine with John Harms wrote Life as I know it. Paine details the adversities in her life and barriers for female jockeys in male dominated horse racing. Horse trainer Peter Moody with Helen Thomas wrote Moods: the Peter Moody Saga. Moody trained the legendary Black Caviar but in recent times has been engulfed in the cobalt scandal in Australian racing.

A more sedate biography related to horse racing is Adam Crettenden’s book Subzero: more than a Melbourne Cup hero. Subzero won the 1992 Melbourne Cup but gained more notoriety as clerk of the course at Melbourne racetracks and an ambassador for horse racing.

While the media coverage of many of these books focused on the controversies and dramas, these books tell the story of an athlete, coach and even horse’s journey in sport. The good and bad times. As a sports fan I’m interested in what makes some successful in their sport and the lessons that can be learned.