Pride and prejudice: The Wallaby way

“It is particularly incumbent on those who never change their opinion, to be secure of judging properly at first.”

As I cast back my mind over this year’s internationals two words come to mind: Pride and Prejudice.

From what I have observed and pondered this applies both Cheika and the Wallabies fans.

Cheika from refusing to see his selections and game plan isn’t working and the pride that stopped him from making adjustments quick enough. Cheika for his prejudice to experience, regardless of actual performance and current form, over obvious talent waiting and proven performance in Super Rugby waiting to be given a chance.

To the fans with so many just focusing on parochial state issues and the states players come from. Their pride in refusing to acknowledge when players have proven them wrong. In giving begrudging acknowledgement when a player from a state disliked has played very well to condemnation over the most minor mistakes.

Thankfully I believe the player ratings as voted on after each Test give a better more balanced view of the players than either Cheika and his stubborn selections or of the unappeasable fans with their voracious and passionate posts.

I have compiled and analysed all the ratings of the players for games where players played at least 40 mins. Players making an impact for 20 mins play is not a fair comparison and thus I left these cameo performances out. The players must have started for at least four games.

I will present the average scores for each section of internationals and a running John Eales Medal if voted 3,2,1. 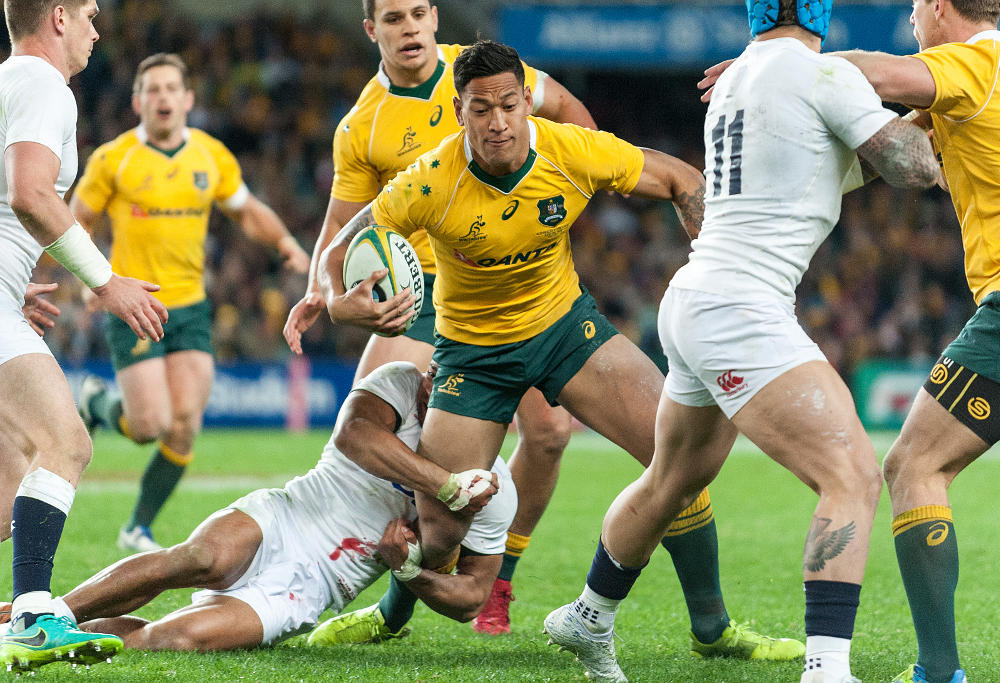 Synopsis
Only the loose forwards and outside backs scored well.

Synopsis
Most players retain the same form which by and large is average. The same players are persisted with for a long time, except in the locks, and when new players are finally brought in they perform better.

Arnold and Phipps have significantly improved their form. Phipps from dreadful to solid.
Folau and Kuridrani’s form has dropped.

Synopsis
Nearly every player improves in form with a notable exception of Will Genia whose form drops significantly from very high heights. Kuridrani’s form was the most improved.

Nearly every selection is vindicated by the performances produced with a couple of glaring exceptions which the roar posters have identified for a long time.

Synopsis
The starting props are just above parity. There is no doubt Sio is better than Slipper. Allan Alaalatoa seems to be a prospect for either side and perhaps considering Kepu’s age is better used as a THP.

With Slipper out of form a new LHP is needed urgently. Holmes loss was a significant impact, thus allowing Alaalatou to focus on the LHP side.

Moore had a forgettable season he needs to be replaced as captain forth with since he should not be certain of his place. He failed as a captain, the team did not change tactics on the field when the Plan A was not working and he did not work with referees well.

I would replace him as hooker since both Toutai Polotau-Nau and Tolu Latu provided more off the bench.

In the locks there are two above average performers in Coleman and Arnold but then the quality drops off significantly. More depth is needed here. I would look to more new blood since the current backups are average performers as their scores indicate.

No surprise that the best performed forwards were the loose trio. A major issue was that the most consistent one, Lopeti Timani, was left to languish behind Dean Mumm and to a lesser extent Scott Fardy.

Dean Mumm was not that far behind Fardy that Mumm being selected over Fardy was not outrageous.

A proper six or eight needs to be unearthed otherwise McMahon another seven will start with Hooper next year.

It is line ball which openside should have started all games this year and so it is next year however I remain firm in my belief that the backrow being unbalanced hurts more than the benefit the small increase in individual performance provides by selecting two starting opensides.

Will Genia was the best player of the year exemplified by his score and by being the best on field the most often despite missing so many games. The biggest issue was his backup was the worst performed back for the year. This hurt the Wallabies significantly.

One of the biggest ongoing battles on the roar pages is which flyhalf should start. Quade Cooper comes out marginally ahead. However it should be noted that Foley flew to greater heights and plumbed lower depths, Cooper was more consistent.

The difference in performance between the two does not seem to warrant the amount of comments written by them and with Foley being the goal kicker it Cheika’s ongoing selection of Foley can be justified.

However I will further conflagrate it by saying Cooper provides more variations and options and thus the possibility of executing more than just a Plan A and thus should be starting. That does pose the question of a good reliable goal kicker though.

On the surface Kerevi, the second best performed back, being injured did not impact the Wallabies much since Kuridrani stepped up and played almost as well. But au contraire.

Hodge was not a success at 12, poor hands, poor distribution, and played better on the wing. He averaged 6.5 on the wing and 5.5 at 12. Kerevi at 12 would have been a far better choice, better runner and distributor. However would Cheika have pushed Kerevi to 12 since up to that point Kuridrani was not in good form?

Outside centre is an area of strength and served well with Kerevi and Kuridrani.

On the wing persisting with Speight was an error on Cheika’s part. Naivalu should have been used earlier especially since Speight has never had a strong Test prior to this year, was not in good form at Super Rugby and did not perform well in sevens.

Speight defending in the front line, replacing the injured Rob Horne in that role, would have been the reason. This is caused by another flaw with Nathan Grey’s defensive pattern requiring so many moving parts and a winger selected for his defence. 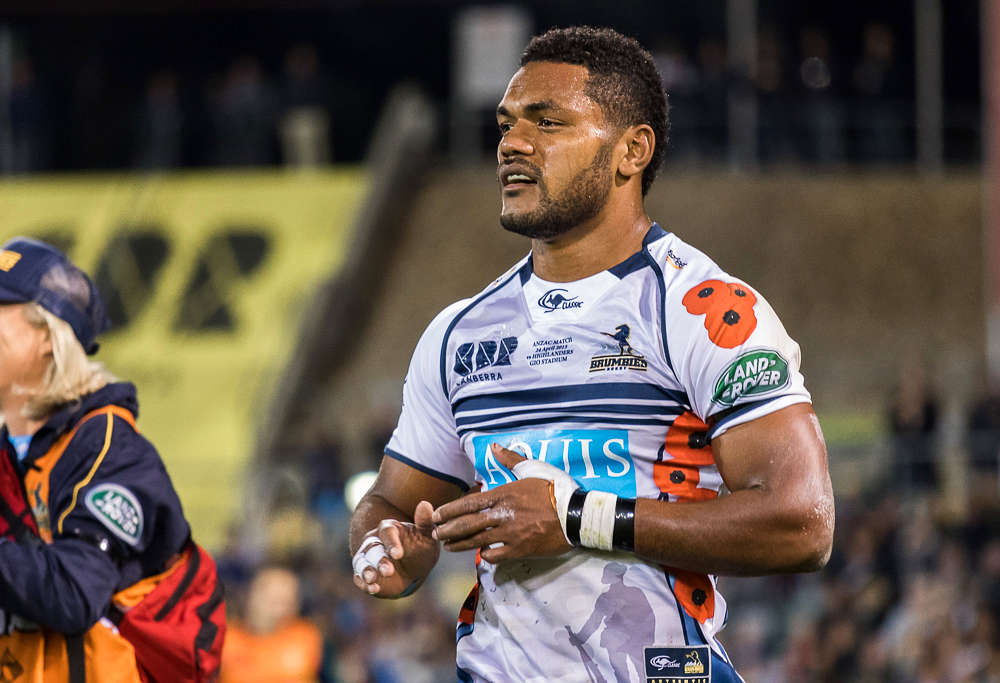 Naivalu, surprising no one, defends at least as well as Speight , however is a lot better attacker. I hope that Horne is not returned in that spot next year for the sake of his defence. The defensive patterns is at fault and needs to change.

The other winger, Dane Haylett-Petty was one of the best performed backs. A real find getting better and better as he gained experienced. I personally thought he received scores that were too high when his defence was poor, out of position and missing many tackles.

Folau had a solid year, started very well, an up and down Rugby Championship and then back in form on the Spring tour. I personally think fans expect so much of him that he is marked down compared to other players despite having performances and statistics that are better.

The major question remains is where should he be played. Folau could play at 12, 13 or 14.

Haylett-Petty should be moved to full back since he would make a significantly better full back than winger.

13 is well served as previously noted so I do not see any benefit of moving Folau there.

12 is a weak position , so much so I see Cheika bringing Beale back to play 12. The other alternatives like Hodge, Kerevi, Foley all have significant drawbacks. If Cooper or one of the back three was a good goalkicker then I would choose Kerevi at 12 and Cooper at 10.

Overall Folau is a good choice at wing especially if attacking high kicks to his wing are brought back in. This variation goes missing far too often when Foley is at 10.

I look forward to next year to see which new players can step up from NRC in Super Rugby and other existing Super Rugby players. The window for them being chosen is closing.

I believe by the end of next year the window will be closed for any new blood and Cheika will stick with squad he has for the following two years leading to the 2019 Rugby World Cup.

Next year in many ways is a make or break year for the Wallabies.

So if this year was about Pride and Prejudice then next year will be about For Whom the Bell Tolls.