The AFL loves nothing more than to meddle. Incapable of letting go of footy’s so-called glory days, HQ is forever tinkering with the rules in a desperate attempt to return footy to something resembling the kick-it-long days of yore.

But while the game evolves and adapts to stricter holding-the-ball interpretations, and harsher deliberate out-of-bounds calls – just as it will to the ban of the third-man up – something much stupider is bubbling away in the minds of those entrusted with the game: the 17-5 fixture.

“We’re going pretty hard at the moment to see if we can make some changes or what changes could be made in 2018,” the AFL’s Travis Auld told reporters this week.

If you’re unfamiliar with the 17-5 plan, it essentially involves teams playing each other once and then after 17 games the league is split into three groups: the top six play for the top six finals positions, the middle six compete for seventh and eighth, and the bottom six compete for draft picks, with the highest finisher ‘winning’ the prized No.1 selection.

AFL House is pushing its fixture reform as a way to eliminate, or at least reduce, late-season dead-rubbers, as well as tanking, which the league has long denied exists.

A cynical outsider might see it simply as a way to squeeze more money out of the next TV deal by promising TV partners better match-ups in the final five rounds.

The major stumbling blocks appear to be appeasing the clubs – who would no longer be able to guarantee their members 11 home games – and the logistical problems of having to plan five rounds on incredibly short notice.

The reporting from the mainstream on the issue has been concerning. For such a flawed concept it seems few, if any, are willing to critique 17-5.

What the league is really trying to do here is double-dip by creating a secondary finals series. It’s debatable whether this cheapens the actual finals, as the stakes aren’t nearly as high, but at the very least it warrants discussion. 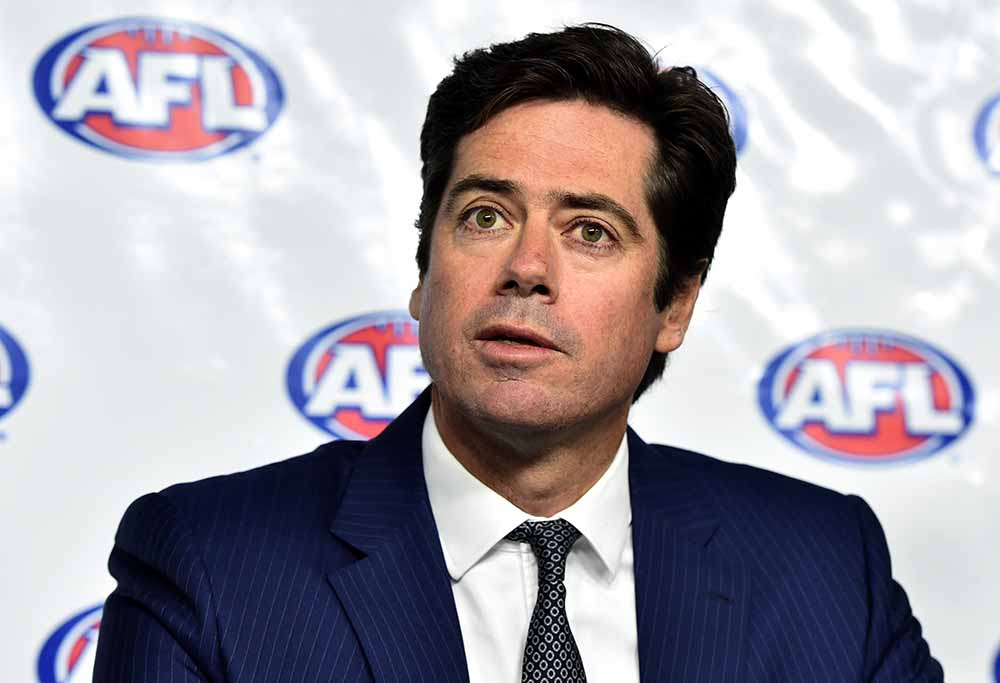 The idea that it would stop teams tanking, be it for draft picks or as, we’ve become accustomed to in recent years, by resting players on the eve of finals is perhaps the most laughable. What 17-5 would actually do is give clubs two chances to tank.

If a team is four games clear of seventh spot at Round 14, what is their motivation for the next three weeks? Same goes for a team in the middle six, who know they can’t crack into the top six or fall into the bottom six. Wouldn’t they manage their list to be best prepared for the final five rounds?

Not to mention the risk of a middling team trying to drop into the bottom six and then compete for the top pick – though the idea that players would be motivated to play for a high pick is naive at best.

Then there’s the matter of what to do with the wins from the first 17 rounds. Do clubs keep them, or does everyone start from a clean slate? Both present problems.

After 17 rounds last year, 13th-placed Richmond had six more wins than bottom-placed Essendon and five more wins than 17th-placed Brisbane. So if teams keep their wins, those two teams would have had no chance at topping their group – so much for the top-pick motivation.

At the same point in the season, the seventh-placed Bulldogs – who had the same number of wins as second-placed Greater Western Sydney – were three games clear of the ninth-placed Saints. So under a 17-5 system, in which wins are carried through, the eventual premiers would likely be locked into seventh or eighth position with two or three weeks to play – again, nothing to play for.

Meanwhile, Melbourne (11th) and Collingwood (12th) were four games behind eighth-placed North Melbourne and five games behind the Dogs, so really they would have had no shot at September.

Wiping the slate clean might be worse. It would devalue the first 17 weeks, and greatly increases the likelihood of teams tanking when they’re locked into their third. Sure, they could earn an extra home game by finishing in the top-three of their group, but for some teams that will be out of reach.

All 17-5 really does is push tanking, resting and dead rubbers forward, and in some cases creates two opportunities for such things to happen.

The reality is that it’s impossible to have every game matter in a competition where teams qualify for a finals series, and it’s time for the AFL to grow up and accept that.