Wildcats on the brink but Hawks not done in NBL

The Illawarra Hawks feel they can play free and loose with no expectations on them to win the NBL grand final series now, but it will take something special to stop the Perth Wildcats claiming the championship on Sunday.

The defending champion Wildcats had to beat Melbourne United in the last game of the regular season just to make the finals for a 31st successive season.

Once they did that with a healthy squad having been topped up with dynamic guard Bryce Cotton and Casey Prather firing again, they beat the Cairns Taipans in two games in the semi-finals.

Now the ‘Cats have won the opening two games of the grand final series, both with 89-77 scorelines, in Perth last Sunday and Wollongong on Wednesday leaving them needing just one more win in the best of five series.

The first opportunity to do that is on Sunday at Perth Arena. A win and that eighth championship is theirs and Shawn Redhage will head into retirement with four titles.

Captain Damian Martin and forward Jesse Wagstaff will join him with four while Matt Knight and Greg Hire will claim a third, Prather and Jarrod Kenny a second, and Jameel McKay, Angus Brandt, Dexter Kernich-Drew and Cotton a first.

The Hawks have done a tremendous job to firstly qualify for the playoffs ahead of big money clubs the Sydney Kings and Melbourne United, and even the New Zealand Breakers who along with Perth have split the past seven championships.

Illawarra then knocked off minor premiers the Adelaide 36ers in the semi-finals to book in a grand final berth.

But things have continued to go wrong for Rob Beveridge’s men starting with an ankle injury that All-NBL First Team member AJ Ogilvy the he is playing through.

Import Marvelle Harris missed Game 1 in Perth to be with his ailing father and returned to play on Wednesday only to be informed his dad had passed away on Saturday morning as he awoke in Perth ahead of Sunday’s Game 3.

The Hawks have always lifted with their backs against the wall and there’s nothing more ominous than needing to beat the Wildcats in three straight games with two in Perth.

However, while there’s still life, there’s something for the Hawks to continue fighting for and centre Ogilvy is looking forward to the first chance to extend the grand final series on Sunday.

“There’s a lot of pressure off us and a lot of people are expecting Perth to come out and sweep us, especially on their home court. Hopefully we can go out and play loose basketball, play with confidence and to our style,” Ogilvy said.

“We have to get after it and just do the best we can. Obviously, I’m hoping for a win to take this series to five games and go from there, but there’s lot of pressure off us and pressure on them.

“Playing free like that is when we play our best basketball. When we’ve had our backs to the wall and been under pressure, we’ve really turned it on.

“Hopefully before the game all the guys are feeling nice and loose, and ready to go so when we get to the Arena we can turn it on.”

Ogilvy also performed significantly better with his ankle having improved in Wednesday’s Game 2 with 21 points and 10 rebounds.

He is looking to build on that further now on Sunday.

“Any player will tell you that if you have a good game you can keep building on that and that it gives you confidence going into the next one,” Ogilvy said.

It’s hard to imagine Perth being one win away from claiming another NBL championship if it hadn’t been for the arrival of Cotton.

The former NBA guard has proven an instant hit in the NBL and he is good enough to be the league’s MVP had he been here since the start of the season.

He has the type of all-round game with his quickness, ball-handling ability, shooting touch and driving and finishing ability at the rim that is a cut above in the NBL.

That’s why he has been a huge reason for the Wildcats’ turnaround from being in a tough position when he arrived.

Reflecting on that, Cotton is a little blown away just how things have turned around over the couple of months he has been in Perth.

“I think it’s amazing honestly just because of the simple fact that the club has a rich history with winning and knowing that 30 years of making playoffs year in and year out was in jeopardy, that gave us an extra fire in our bellies,” Cotton said. 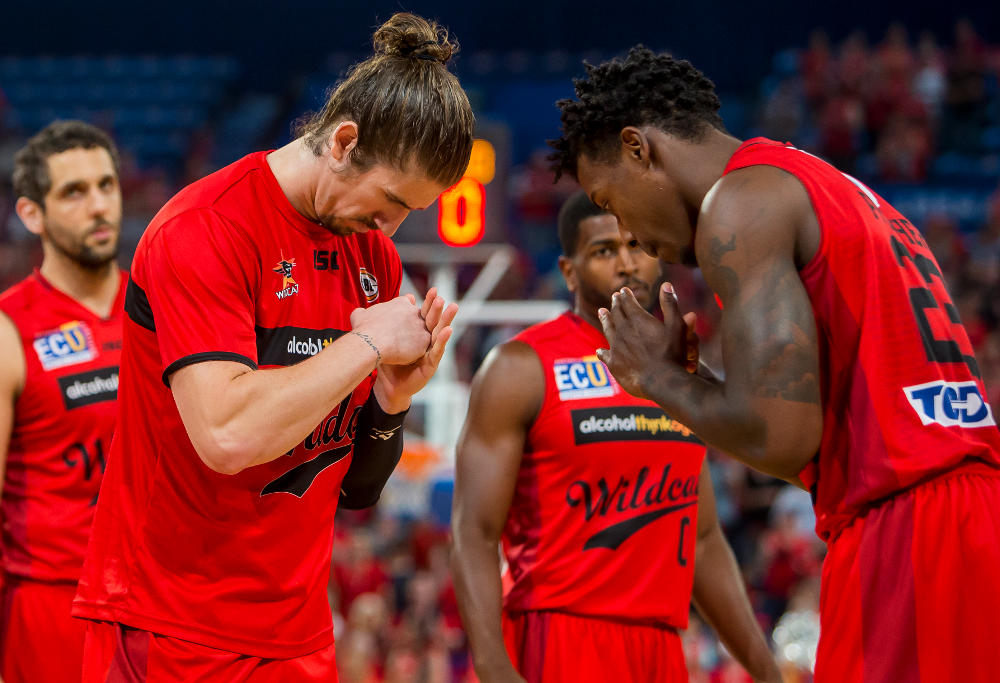 “You are always motivated but you don’t want to be on that team that ends a run like that. Then once we got into the playoffs, we have just been gelling at the right time and hopefully we can continue to keep playing the way we have been and take care of business on Sunday.

“Any time you play for a team that has a winning culture they just find ways to win when their backs are against the wall.

“That’s something I can definitely say about this team and the chemistry that we have is out of this world. We don’t really fall when we are in tough situations or when we felt against the odds, we just weathered the storm and let the chips fall where they are.”

Cotton is now looking forward to the chance to win his first championship as a pro to go with the 2014 Big East Tournament title he won at Providence when he was also named MVP.

“It’s amazing because this would be my first professional championship, but it would mean more to do it with this team,” Cotton said.

“I get along with these guys so well and we enjoy being around each other, and I think that shows every time we hit the floor. I feel good playing for this team.”