Stop dreaming: Cronk will never play for another NRL club

Cooper Cronk’s announcement that he has been granted a release from the Melbourne Storm – the club he has played all of his 300-plus games with over 14 seasons – at the end of this season has sent social media into meltdown.

Although Cronk will be 34 years old come the 2018 season, supporters from Sydney teams want the star halfback to be at their club.

But while he may be made an offer he can’t refuse, my bet is that Cronk will be loathe to pull on any jersey that isn’t purple.

Further, the idea of playing against Cam Smith will be more than he can bear.

But more than both of those two considerations will be the knowledge that he will blow a big part of his hard-earned legacy with the Storm and their supporters if he plays against his long-standing side.

That’s regardless of how much he has bled for the Purple Pride during his long and illustrious career; regardless of the justifiable reason he has for relocating to Sydney; regardless that Storm fans know Cooper owes them nothing.

If Cronk plays against the Storm, he will probably cost himself the honour of being feted as one of their greatest.

Who is your club’s greatest ever player?

There’s a good chance he led you to glory, has a grandstand named after him, or maybe even has been immortalised in bronze.

There’s an even better chance that he was a long-term player for your club and most probably captained it at some point.

For most people a name, or a couple of names, will quickly spring to mind. However, I bet most of the names will have one key thing in common: they will be one club players.

To be considered among the greatest, a player has to have lived and breathed the club as much as the fans.

Unlike the fans – who are the true owners of their clubs – players come and go. Injury, new pastures or retirement take them all. They are merely the temporary caretakers of the jerseys.

Whether ultimately successful of not, the players that the fans remember and celebrate as their greatest were as dedicated to the team as the supporters. 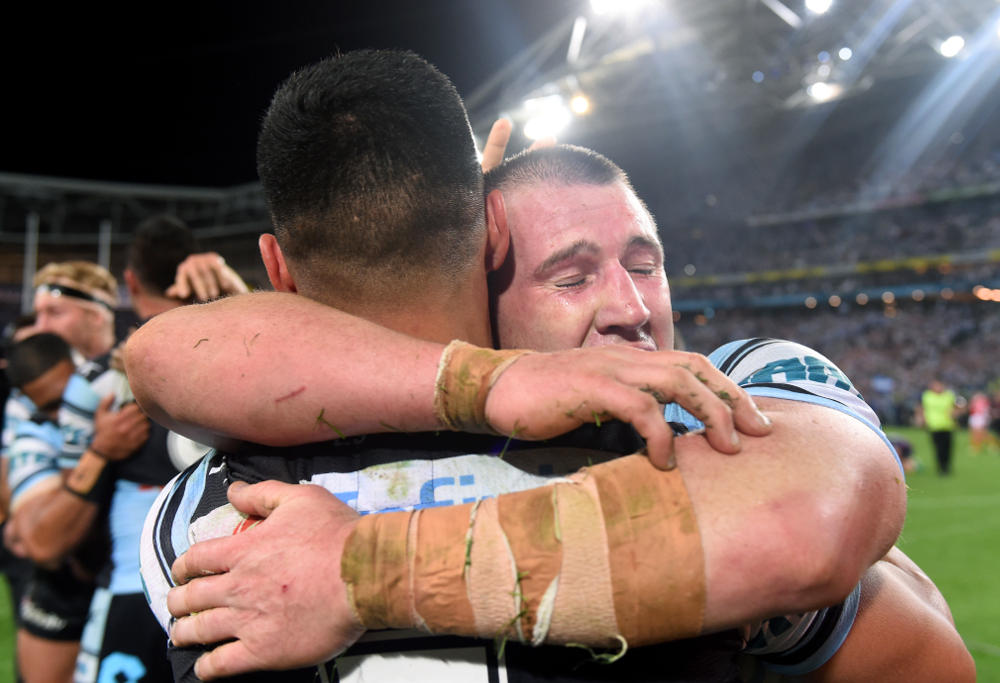 Of course, there are some exceptions. The players who came to your club after a stint with another, but became as enmeshed as any player who started as a junior could have.

Brad Fittler for the Roosters, Terry Lamb for the Bulldogs, Johnathan Thurston for the Cowboys. They all finished – or will finish – at those clubs and brought them glory.

However, if you change clubs at the end of your career – whether you wanted to or not (think Greg Alexander, Brad Clyde or Robbie Farah) – you may be remembered fondly by some supporters, but you are unlikely to be revered anymore.

There could be no better example of this than this weekend, when the Queensland Reds take on the Brumbies in Canberra. In that game, the unthinkable will happen for the home fans: club legend George Smith will play against the club that – until Saturday night – loved him like no other player.

They thought he loved them just the same.

It turns out he doesn’t.

He can pull on the jersey of an opposition team and actively seek to cause disappointment to those who have loved him so truly, so devotedly.

While the likes of Stephen Larkham, Joe Roff and George Gregan have all played for the Brumbies, it is widely accepted that Smith is the best Brumby ever.

However, once he takes to the field on Saturday night there can be no thought of a grandstand ever being named after him or a statue of him being placed near the ones of Big Mal and Lozza at Canberra Stadium.

The Canberra crowd’s love has been spurned by Smith. Now they are just a gig he had once. Cue Dire Straits: “Now you just say “Oh, Romeo, yeah. You know I used to have a scene with him.” But Juliet…” 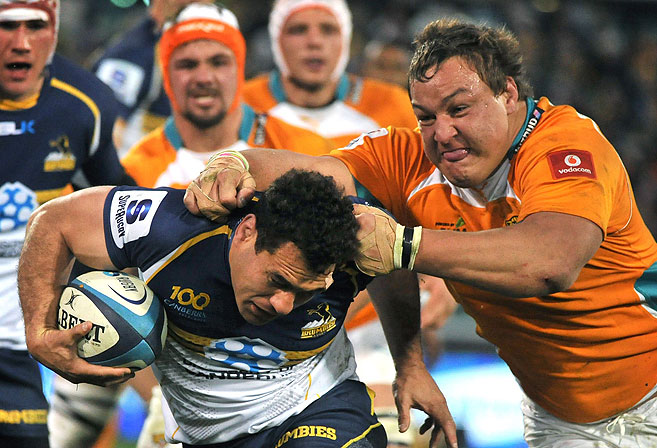 Do you really think Cooper Cronk feels that way about his club and that mass of purple people who have loved him so devotedly for so long?

When it comes down to it I don’t think he will spurn their love.

And make no mistake: no matter how understandingly and gracefully the fans let him go, if he plays against them, he will be spurning them.

It is true that every person does have their price. Cronk could be lured to play for a Sydney club if the price was high enough. However, there are a number of factors that mean that price will be very high and extremely unlikely to be reached:

2. As he is 34 any club that takes him will be aiming for immediate success, with Cooper being the missing piece of the puzzle. Which Sydney clubs are in that position, will actually be interested AND have the money? The Bulldogs maybe;

3. A large part of what makes Cronk great is the system he operates within: “Bellamy ball.” It is a completely scripted, metronomic system of play that sees Cronk constantly operating behind a forward pack that almost always goes forward and rarely makes mistakes within their red zone. Cronk is not a freestyle halfback like Johnathan Thurston. If that structure is not there he can struggle. What Sydney club – that is interested – can provide him that system? Maybe the Bulldogs I guess;

4. He most probably doesn’t need the cash. Make no mistake that Cronk is one very serious, very focussed dude. His finances and plan going forward will almost certainly be well in order. While extra money would possibly be nice, he would hardly be playing for food if he played on;

5. The lessons of the past. Paul Vautin finished up playing reserve grade for the Roosters. Ricky Stuart ended up surrendering to injury at the Bulldogs. Matt Orford’s Raiders excursion was a disaster. Benji Marshall has broken his arm playing for Redcliffe. Do you think Cronk want’s to risk that sort of end to such an illustrious career? I think not.

My bet is that Cronk will seamlessly enter the media. He is intelligent, well spoken and has achieved every single team and individual accolade he could have in the game of rugby league. The chances are he’d even get a decent pay packet.

If he retires, he could even finally get his nose fixed.

These opportunities will likely be enough of a lure for him to not seriously consider playing for another NRL side, especially when that will almost certainly cost him being celebrated alongside Cam Smith and Billy Slater as one of the Melbourne Storm’s greatest ever players.

What’s certain is that Cronk will be determined to leave the Storm after securing one more premiership.

Instead of dreaming of securing his services, opposition supporters should be far more concerned with how their side is going to try and halt the Cronk-led purple march to victory.