The depressing reality of the NRL's meat market

I can’t take it anymore. I know it’s very easy to say that rugby league was better in the old days, but we should consider the possibility that the reason it’s so easy to say it is that it’s true.

I freely admit I might be just being grouchy and middle-aged when I complain about the changes to the way the game is played on-field – although I will maintain with my dying breath that bringing back contested scrums, allowing striking in the play-the-ball, and permitting ball-stripping in any tackle would only improve the game.

Nostalgia is a powerful force and when we lament the things we think the game has lost we must not be blinded to the things the game has gained, like acrobatic wingers and the retirement of Michael Ennis.

But the changes that have gone on off the field are becoming too much for a man to bear. When I began watching rugby league, back in the 80s – that mystical era of ball-playing forwards and Tina Turner – the days of clubs actually being made up of born-and-bred locals from the district they ostensibly represented was already long past, if it had existed at all. But nevertheless there remained a sense of identity in teams that stayed consistent from year to year.

Most players who were good enough to command a regular first-grade spot tended to find a club they liked, and stick with it – with the obvious exception of those players who, you know, didn’t.

The main thing was that, although players could be lured to different clubs by bigger pay packets, and those who were undervalued by their current side would look for a home where they were more appreciated, from year to year your team looked, basically, the same.

The stars stayed put, and if they upped stakes it was cause for commotion and distress. You couldn’t imagine Peter Sterling being anything but an Eel, or Wayne Pearce anything but a Tiger.

Terry Lamb started as a Magpie, but once he was a Bulldog it became ludicrous to imagine him as anything else, and given he played approximately eight thousand games after heading to Bankstown I say we count him as a one-clubber.

Perhaps the state of affairs could be best summed up by considering the career of Phil Blake, who played for six different clubs, not counting his stints in England. Nowadays it feels like six is the bare minimum for any player who doesn’t want to feel unloved and neglected in the market, but back then pinballing around the league in such a reckless fashion was liable to make people see you as some kind of… well, as some kind of Phil Blake.

Everyone is Phil Blake now. One-team men like Cameron Smith seem positively quaint, and raise questions as to whether their agents have been sleeping on the job.

Even Cooper Cronk is willing to leave. The start of a new season is the signal for every player in the NRL to decide which club he’ll be moving to for next season. Loyalty is something players pledge to boot manufacturers more than teams.

And for a fan, it makes you wonder just what a “team” means anymore. Is it really just the jumper and nothing more? Does it not matter who’s wearing it? Is forming an attachment to the players on your team a silly move now, as it’ll be a miracle if your favourite is still playing for your team in two years’ time? Are we expected to live and die on the fortunes of a constantly rotating lineup of guns for hire?

And most painful of all, do we just have to accept that any time we watch our team go around, a significant portion of them will have already promised themselves to someone else? 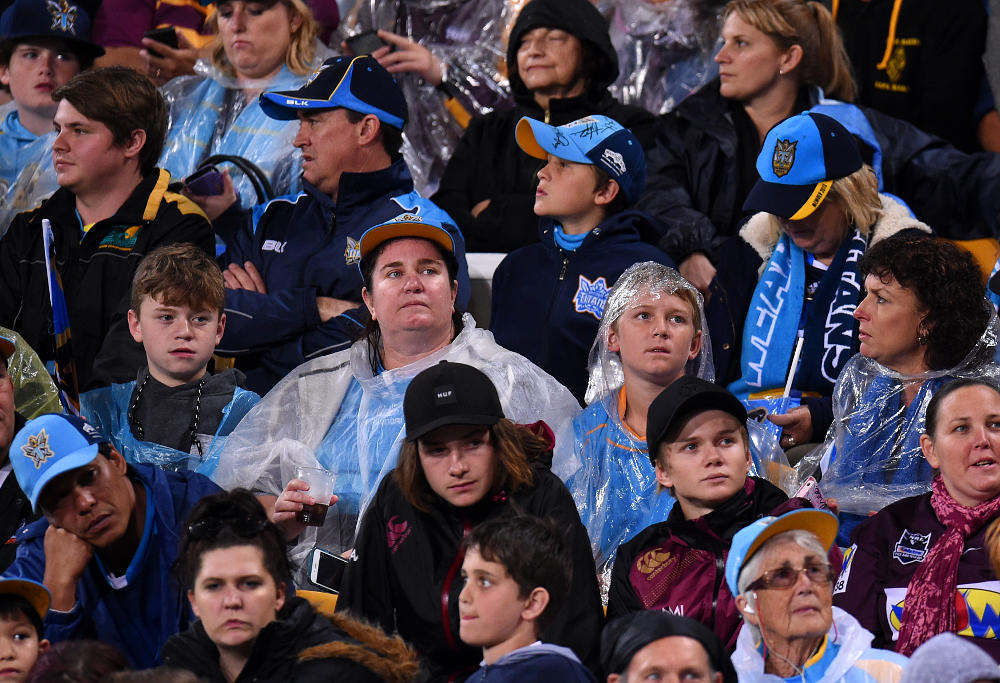 Is it even possible to feel the same as we once did? When I was a boy, I fell in love with Balmain, and at the same time with Benny and Blocker and Junior and Jimmy and Sirro.

Could I have loved the team so fiercely and so uncompromisingly if Benny had left two years after I decided he was my favourite? If I’d had to watch Junior captain the Tigers while knowing he’d already agreed to terms with the hated Bulldogs?

The thought of the Pearce headband topping off a blue and white uniform would have been as disturbing as… as the sight of Kevin Proctor’s mop bobbing about above a Titans jersey is today. It just doesn’t compute.

But that’s because I’m old. The game is the way the game is, and there’s no way of changing it. And obviously we wouldn’t want to – every player has the right to maximise his value, and decide for himself where he should play. Nobody has any right to restrict a man’s earning capacity (except for the NRL, which imposes a salary cap to do exactly that).

And once you’ve admitted that everyone should be free to travel wherever they like, why be coy about it? Why pretend? Better to be upfront and let the deals carry on without restraint throughout the season – if a player’s going to sign, let him do so as quickly as possible and get the announcement out of the way as early as we can. There is no reason to do anything differently nowadays.

Except for what I see as the biggest and most persuasive reason of all: it sucks and it makes me sad. And if that’s not enough reason to change the system, I suppose I might as well give up on contested scrums too.