I have a confession to make. Netball has never been a sport I have taken much interest in.

It started in school when during term three my options for sport were hockey or netball. I opted for hockey and throughout my teenage years and into adulthood my interest in hockey meant I never watched netball on television and knew very little about the Australian Diamonds.

That all changed quite suddenly last year when Samsung released the ‘Rethink Role Models’ campaign. If you haven’t taken a look at that campaign, I encourage you to do so because it has slowly become my favourite sporting campaign ever. It is especially powerful if you are the parent of daughters.

Suddenly I was obsessed with this campaign and told everyone I knew about it, particularly how in awe of the talent, physique and commitment of the Australian Diamonds I was – in particular Sharni Layton.

Then the details about the Super Netball competition were announced. A competition with improved broadcast rights – Channel Nine committed to televising a doubleheader live on Saturday night and then having two delayed games. Telstra agreed to broadcast two exclusive matches per week and simulcast Nine’s two live matches, and all games were available live on a ‘Netball Live’ mobile app.

Then there was the talent committed to the competition, including names I recognised like Jo Harten, Kimberlee Green Susan Pettitt, Bec Bulley and Sharni Layton.

Most importantly the competition broke new ground when it came to pay. When the arrangement was announced netballers were set to become the highest paid sportswomen in Australia, with a total payment pool of $5.4 million available for clubs. Average salaries increased from $67,500 and the minimum salary for a player doubled from the trans-Tasman arrangement from $13,250 to $27,375.

Combine all this with the announcement that my AFL team, the GWS Giants, would be partnering with a newly created team called Giants Netball and you had someone ready to embrace netball for the first time. And I’m so glad I did.

I’ve attended five games this season, and each time I have been impressed with the quality of play and just how fast it is. The games have also had a great atmosphere with plenty of music, fan engagement and families in the audience.

At half time the Lightning led by five goals, but by the end of the third quarter the Giants had levelled 39-39.

Midway through the final quarter the Giants led by five goals, but in a stunning finish the Lightning managed to score seven goals in the final three minutes to win the game 56-55. It was a fantastic finish by two clubs that were only formed at the start of the year.

Now we are at the business end of the season – finals time.

The Melbourne Vixens will play the Sunshine Coast Lightning on Saturday afternoon. The winner of this game will progress straight into the grand final and earn the right to host the game. The other game will see Giants Netball take on the Collingwood Magpies in Sydney on Saturday night with the winner of that game to play the loser of the Vixens-Lightning game in the preliminary final on Saturday, 10 June.

At the conclusion of this weekend we will know at least one of the teams that will play in the grand final on Saturday, 17 June, with the other team to be determined next weekend.

If you are like me and have not taken much interest in netball in the past, I encourage you to give it a go this weekend and tune in. You won’t be disappointed – and if I can do anything to convince you to jump on team GIANTS netball, please let me know. Everyone looks good in orange. 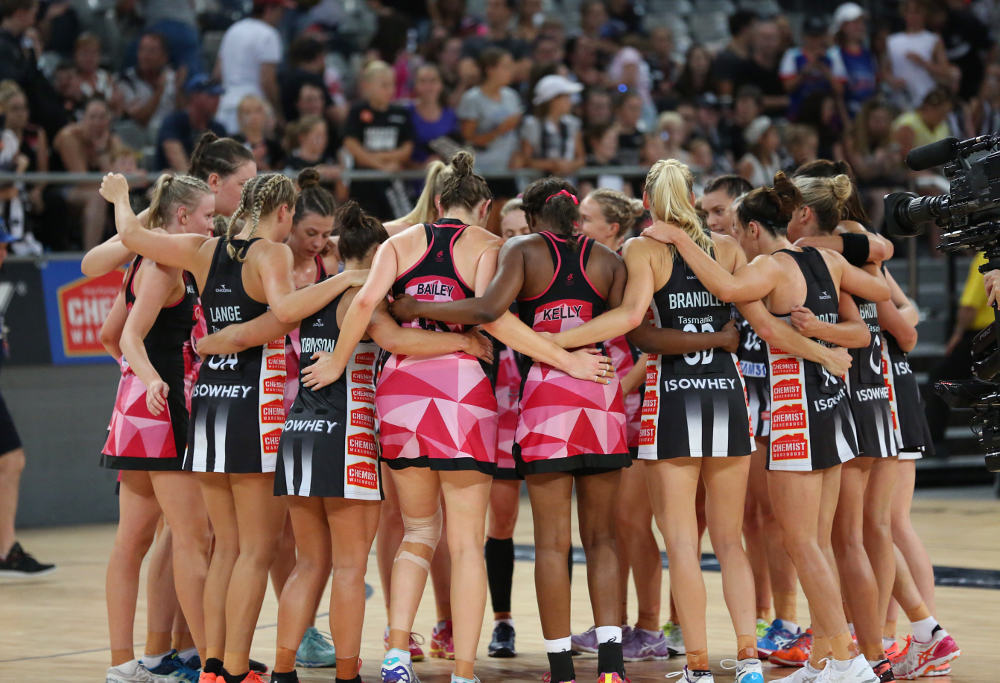 Rugby Union
While the Wallabies announced their squad this week for the June test series, the Wallaroos are already preparing for the upcoming world cup.

The Wallaroos went into camp on Thursday and today will head over to New Zealand for their four nations tournament. As mentioned in previous columns, while this will be a tough tour for the Wallaroos due to the quality of opposition they will face, the experience and opportunity to play together as a team will hold them in good stead ahead of the rugby world cup to be held in Ireland in July.

The Wallaroos are a team that need your support, so be sure to follow them on social media to keep up with their progress over the next couple of weeks.

It’s also been a busy week for our Aussie Sevens women, who finished third at Canada’s Langford Sevens over the weekend. New Zealand defeated Canada in the final, and with that result it looks like the Kiwis will win the world series.

This is a relatively new squad, though, and I was particularly impressed with Cassie Staples, who scored five tries on the weekend. Other players to continue to keep an eye on include Demi Hayes, Georgie Friedrichs and Dom Du Toit.

And in broader diversity news this week Aussie Sevens player Mahalia Murphy visited Shalvey Public School to mark the one-year anniversary of the launch of the ARU’s reconciliation action plan and to take part in a Deadly Sevens session, which is a rugby program aimed at increasing Indigenous rugby participation in primary schools.

Rugby League
Finally, congratulations to the New South Wales Blues who on Wednesday night defeated the Queensland Maroons 28-4 in State of Origin Game 1.

What does this have to do with women’s sport, though?