My Gold Coast Titans team of the decade

With the Gold Coast Titans celebrating their ten-year anniversary and naming a team of the decade, I have decided that it can be done better.

All that’s required for the team is that the player was at the Gold Coast at some point over the last ten years.

1. Fullback – Preston Campbell
The 2001 Dally M Medal winner deserves his spot here as he was a super talent. He made my top ten list and clearly was the best fullback the club ever had. A player that could fit pretty much anywhere, but was dominant at fullback.

2. Winger – Kevin Gordon
Kevin Gordon was a try-scoring machine and the among the fastest men on the field – a perfect addition to the backline.

3. Centre – Matt Rogers
A legend of the game and the club, Rogers would be able to hold a strong position in the backline and lead it to victory.

4. Centre – Jarryd Hayne
The two-time Dally M winner has to take his place in this side – after a rocky start to the year he’s still proving that he is one of the best for the Titans.

5. Winger – David Mead
Another try-scoring machine, he matches Gordon for speed. The combination of the two would be a try-scoring mega for the club.

6. Five-eighth – Ashley Taylor
With so many try assists and a controlled kicking game, his ability to lead the plays on the field is unmatched by anyone in Titans’ colours.

7. Half-back – Scott Prince (c)
Almost unarguably the best player the team has had in the decade – not much more needs to be said – he would also captain and goal kick for the Titans team of the decade.

8. Prop – Nate Myles
One of their best front rowers, Myles could always be leant on to lead the charge in attack and defence.

9. Hooker – Nathan Friend
The best hooker the team has had – fast, smart and a team player over his two stints for the club.

10. Prop – Luke Bailey
Bailey was my no.1 in the Titans top ten player list and with good reason. He was a machine – a reliable upfront man and he would improve the Titans go-forward out of sight.

11. Second Row – Ryan James
A Hard-hitting, hard-running forward, James is the current Titans’ captain and has a long career ahead of him – he has to have his spot.

12. Second Row- Kevin Proctor
Another hard hitter for the club, the second rowwer mightn’t have played many games, but he is a super talent.

13. Lock- Greg Bird
Bird was a veteran at the Titans – played Origin for New South Wales and could be relied on to do the job anywhere in the pack.

14. Ashley Harrison
A perfect utility forward for the team.

15. Anthony Laffranchi
The first player of the year for the club along with Luke Bailey.

16. William Zillman
A reliable player that is a good addition – able to play anywhere in the backline, he has also been loyal to the Titans since first signing there.

17. Mark Minichello
The second rower still holds the record for most games played in Titans colours. Was never a star, but always solid and deserves his spot.

Tell me what you think with your comments below. 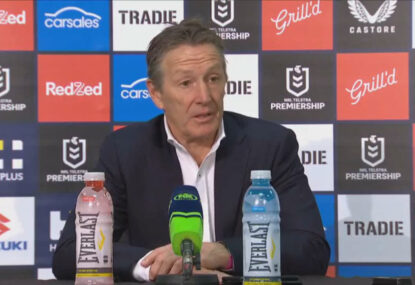 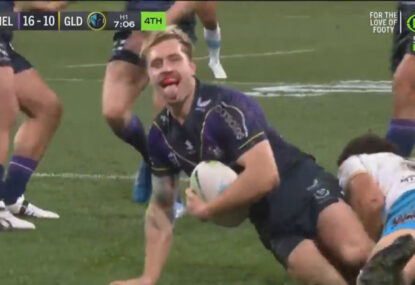 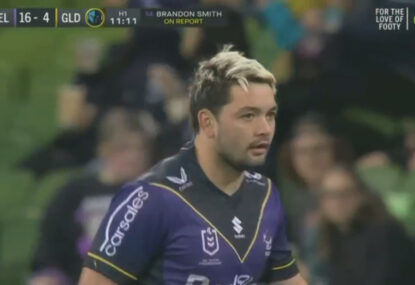 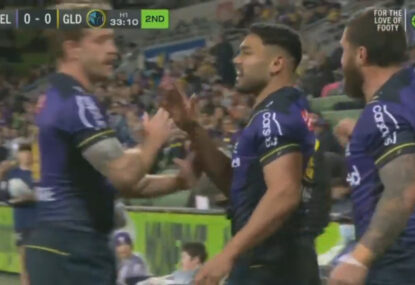