NRL Round 16 predictions (part one): Broncos to pile more misery on the Raiders

With another pulsating State of Origin clash in the books, attention turns to Round 16 of the NRL season.

The Warriors host the Bulldogs on Friday night and both sides will be looking for consecutive victories when they meet in Auckland. With these sides placed 11th and 12th respectively on the ladder, two points is vital for both teams in their pursuit of the top eight.

The Warriors were last start winners over Gold Coast and have made two changes with Charnze Nicoll-Klokstad and Nathaniel Roache coming into the side at the expense of Solomone Kata and Ata Hingano.

The Bulldogs had three representatives in State of Origin on Wednesday night with David Klemmer, Brett Morris and Josh Jackson all flying over to New Zealand for this match-up. It was announced early Thursday morning that Brett Morris won’t play in this match, with Kerrod Holland set to enter the starting 13. Josh Reynolds returns for the Dogs at five-eighth which is a huge boost for them ahead of this clash.

These two teams met in Round 3 in Dunedin, when the Bulldogs took a home game to the South Island and were victorious. The Bulldogs played some outstanding football on the Queen’s Birthday to defeat the Dragons with a mix of attacking flair and uncompromising defensive pressure being the hallmarks of their game. I look for them to continue that style against an up-and-down Warriors side.

The Tigers were beaten right at the final hooter last weekend at Cronulla, but will gain a lot of confidence from their performance as they host the Gold Coast Titans on Friday night.

Gold Coast raced out to a 14-0 lead over South Sydney last weekend but were dominated from midway through the first half to lose 36-20. The Titans welcome back a host of key players for this clash including Jarryd Hayne, Nathan Peats, Anthony Don, Jarrod Wallace and Tyrone Roberts.

For the Tigers, fullback James Tedesco will miss this game with an ankle injury while captain Aaron Woods is expected to play.

The Tigers possess a very youthful side, as Ivan Cleary looks set to test his young talent out for the remainder of the season at first-grade level. The Titans have drastically underperformed this season and it has been on the back of an underwhelming season from Ashley Taylor thus far.

He is due for a breakout game this season and Friday night may be his stage. There is too much class in this Titans side for them to be languishing in 14th place on the ladder. They will be looking for a dominating win on Friday night and I think they will achieve it.

Townsville sees its first daytime clash in seven years when the Cowboys host the Panthers. With captain Johnathan Thurston clearly carrying an injury during Origin 2, he is doubtful to play his 300th game on Saturday, although with JT, he can never be truly ruled out until game-time.

The Panthers have enjoyed a resurgence in the last month with wins over the Warriors, Knights, Bulldogs and Raiders. The Cowboys are a step up in class for the Panthers and a win in Townsville will truly catapult them back into the reckoning for a top-four finish.

The Cowboys will have the services of Michael Morgan, Gavin Cooper and Coen Hess for Saturday afternoons clash.

Whether or not Thurston plays in this game matters enormously to the outcome of this fixture. The Panthers are starting to get on a roll, although they did need a miraculous finish to overcome the Raiders a fortnight ago.

It is a tough task facing North Queensland at home, but the Cowboys have lost three games at home this season already. I am tipping Penrith to make it four on the back of no Thurston and some more attacking flair from Matt Moylan in the halves for Penrith. This game could very well be the match of the round. 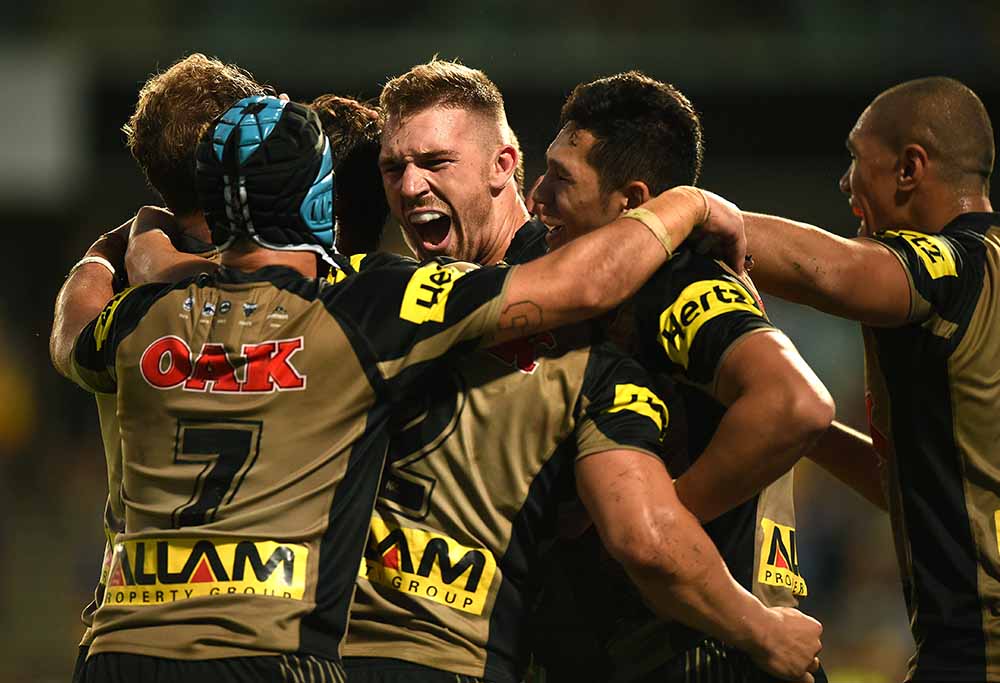 There has been no bigger disappointment this season than the Canberra Raiders.

This team is unchanged from last season where they made the preliminary final and look a shadow of their former selves. They are failing to close out games, much like they failed to do in 2015.

A team that on paper should be in the top four aren’t in the top eight at the moment and will need a massive improvement if to play finals this year.

The Raiders welcome back Shannon Boyd at prop with Luke Bateman returning to the bench in an otherwise unchanged team. For the Broncos, the injured Anthony Milford is replaced by Benji Marshall, with outcast Ben Hunt returning to the bench in jersey 17. All of Brisbane’s Origin players have been named to play, however Darius Boyd is set to miss this game with a possible broken thumb.

Three weeks ago, when the Broncos players backed up from playing State of Origin, they played a no-nonsense high completion rate game against the Roosters and almost stole the victory. They will look to employ a similar game style against the Raiders on Saturday night.

Canberra will be in must-win mode for this clash and their desperation would usually be enough to guarantee them victory. The Broncos play will be buoyed by a great State of Origin win on Wednesday night and they’ll get the better of a Raiders side lacking confidence.

Ben Hunt will have a point to prove off the bench and I think he could break the game open when he comes on in the second half.