Women's sport weekly wrap: What I learned from Super Netball

Last Saturday night the inaugural season of the Suncorp Super Netball Competition officially came to an end when the Sunshine Coast Lightning were crowned champions after defeating GIANTS Netball 65-48 in the grand final.

You may have read my article a couple of weeks ago about how netball was never a sport I took much interest in. But, after adopting Giants Netball as my team earlier this year that slowly started to change. I’m still a beginner when it comes to netball and I have plenty to learn, but after deciding to watch the grand final last weekend instead of the game between the Melbourne Storm and North Queensland Cowboys, I think you can officially call me a fan.

Here are five observations which stuck out to me after my first season as a netball fan.

The role of international players
Some of the most talented, exciting and dynamic players that featured in this year’s Super Netball competition were from overseas. Names that immediately spring to mind include Geva Mentor (Sunshine Coast Lightning), Jo Harten (Giants Netball), Helen Housby (NSW Swifts) and Karla Mostert (Sunshine Coast Lightning).

In particular, for the Sunshine Coast Lightning, Geva and Karla have been stand-out players with Karla being named Most Valuable Player in the grand final.

The Australian competition is strengthened because of the presence of these players which is why I was so disappointed when I learnt that because of New Zealand eligibility rules, any netballer eligible to play for the Silver Ferns needs to make a decision between representing their country and playing in the competition.

Kiwis playing in the Super Netball are not be eligible to represent the Silver Ferns.

Laura Langham is one such player who made the decision to forgo international representative honours to play for the Sunshine Coast. When the Lightning won the grand final in her post match interview Laura openly wept and admitted that she did not regret her decision, but you could see how heart-wrenching it had been for her and what a risk she had taken.

I’m hopeful that perhaps next year, New Zealand consider changing the eligibility rules so that the Australian competition can continue to grow and players from New Zealand can play here if they want to.

Netball is fast
This next observation seems ridiculous, but it wasn’t until I watched my first game live that I appreciated how fast the Super Netball is. The pace at which the players move down the court is simply outstanding and for anyone who hasn’t given this sport a go, I thoroughly recommend it – you won’t be disappointed. 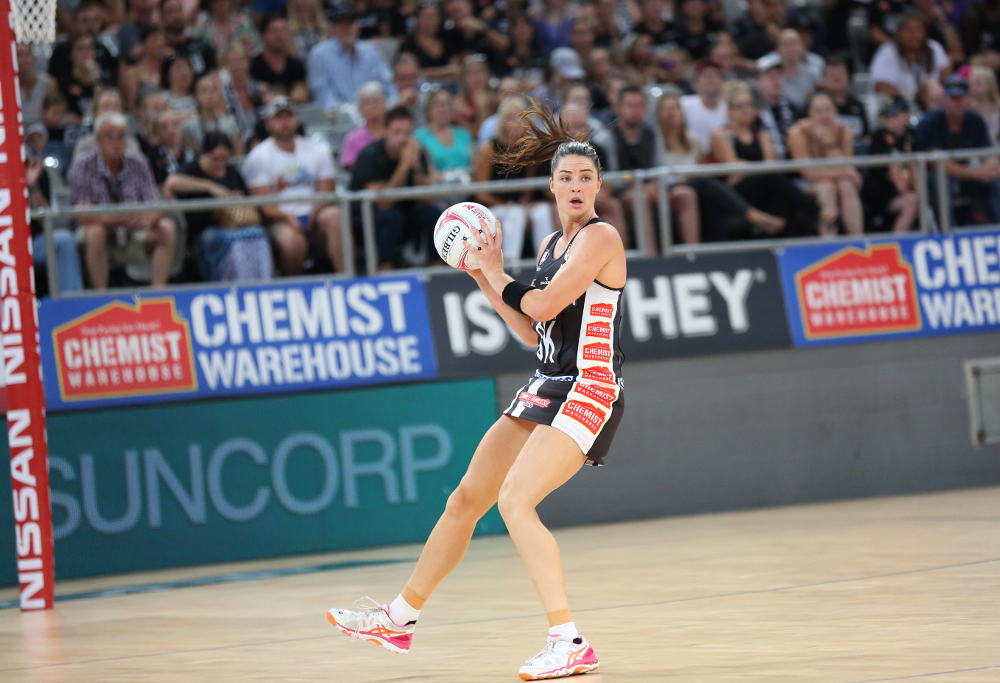 Suncorp are more than just a sponsor, they are a partner
I often congratulate companies that are brave enough to get behind women’s sport – companies like Buildcorp and Harvey Norman. Despite the phenomenal athletes in so many codes, women’s sport is still seen as the ‘other’ and does not generate the revenue that men’s sport does. I’m confident that this has already started to change, albeit slowly.

Suncorp has been a visible sponsor and partner of the Super Netball this year and it’s clear that plenty of work has been done between Suncorp and Netball Australia to encourage a family-friendly environment at games which encourages young girls to live fearlessly, confidently and pursue their passions.

This is a partnership I can get behind and so are initiatives like #TeamGirls and #ConfidentGirls.

Trophy size
This is absolutely not a big deal at all, but I was astounded at how small the grand final trophy was on the weekend. The only possible explanation is that it looks so small because the players are so tall.

Is it a common theme in women’s sport that the trophy is smaller than the male counterpart?

If you are passionate about the AFLW and live in Sydney, then the Giants are your only choice and with three teams part of the family now, it has never been a more exciting club to be part of. Watch its influence continue to grow.

While it may have taken the GWS Giants men’s team several years to build toward the success which they are now experiencing and the AFLW side may also take some time to develop, GIANTS Netball proved itself to be a force this year.

Their grand final berth was made even more impressive because this was a team that played without their captain for most of the season after Kimberlee Green tore her ACL.

With players like Sam Poolman, Kristina Brice and Serena Guthrie, I’m confident GIANTS Netball will be a force next year.

And if you didn’t get behind the netball this year, never fear – it will be back later this year better and ever. I’m looking forward to seeing what has been learnt from this year and seeing an even stronger, more exciting competition next year.

My prediction is that the NSW Swifts are a team to watch. After having to assemble an almost entirely new squad this year, this is a team that will benefit immensely from their time on the court this year.