To bin or not to bin? That is the question

Bachar Houli knows Waleed Aly and Malcolm Turnbull and is a really good bloke off the field, so when he intentionally hits someone on the football field and sends them into La La Land, he deserves a reduction of his sentence.

Two weeks for what he did is a disgrace, at the bare minimum he should have got four weeks, down to three. Not because he is a good bloke off the field, but because of his clean history on it.

Last year Tom Jonas got six weeks for his hit on Andrew Gaff and that incident was in play and not off the ball.

The amazing thing is if the tribunal had found Will Schofield guilty last night, he would be serving the same sentence as Houli

This brings me to the subject of my article, should the AFL bring in a ‘send off’ rule?

Ten minutes into the game and Carlton lose a player to a concussion for the rest of the game, yet the perpetrator of the illegal action stays on the field and finishes as one of his teams better players.

As soon as Lamb went down it was clear he was finished for the day and the Carlton coaching box would have been scrambling to change structures and adjust player rotations. In the Richmond coaching box, it was business as usual.

We now have situations whereby a goal umpire unsure of whether the score is a goal or behind can have the decision reviewed by a score review official, who goes through replay after replay to decide the correct decision.

So why can’t we have a situation where, if a player is forced from the ground as the result of a possible reportable offence by an opposition player, the field umpire has the opportunity to refer the incident to the same review official to ascertain if the action warrants the offender to be sent off the ground for the same period of time as the injured player? 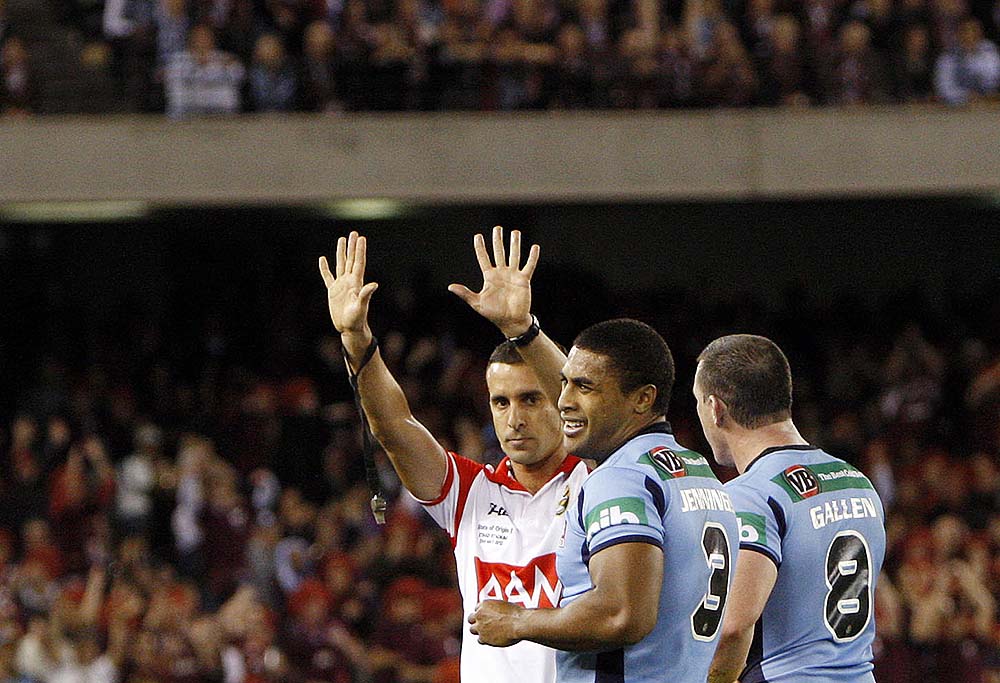 Could we be seeing this in the AFL one day?
(AAP Image/Action Photographics, Renee McKay)

I am not calling for players to be sent off if the victim is not forced from the field, but only where it is likely he will be off the ground for some time. When a player is forced from the ground with suspected concussion they are off for a mandatory 20 minutes.

The game does not have to stop to wait for a decision to be made. The field umpire just needs to advise he is referring the incident and while the game continues the review official goes through footage of the incident.

When comfortable with his decision he informs the field umpire. If the decision is to send the player off then at the next stoppage he is sent to the bench for the same period of time as the injured player. If there is any doubt then there is no send-off.

Did losing Lamb cost Carlton the game? Probably not, as Richmond were much better than the Blues, but it certainly made it more difficult for Carlton to win.

What if Schofield’s elbow had have connected to Clayton Oliver’s head? The action certainly had the potential to cause damage and Melbourne could possibly have been down a player for half a game while West Coast had a full complement of players. In a close game, it could be the difference between winning or losing.

I am sure there will be mixed opinions on this subject, so let’s debate the pros and cons.