Dictators and their supporters are humourless. Subduing a population and keeping the boot on the throat is no laughing matter.

Seventy years later we are still laughing at the Nazis in plays like The Producers as a way of distilling their brutal horror.

They are their supporters are angry entities too, even after they emerge as the winners.

For the above reasons, it is always fun laughing at the Hawthorn Football Club.

Alastair Clarkson – himself no stranger to anger – and Co are an all-encompassing phenomenon, no doubting it. In the last three years I have wondered about their personification of excellence, fascinated at their evolution, made fun of their colours, and wondered about their brutal means of achieving success.

Dictatorships are self-important. They often argue that their reign is ‘Year One’ of a new age. The spate of articles discussing Hawthorn leading the premiership count in the highly arbitrary AFL era since 1990 would certainly back this up.

I also marvelled at Hawthorn’s brazen ability to purge original members of their revolution if they seemed to be too ambitious, much like what the Soviets did with Leon Trotsky. 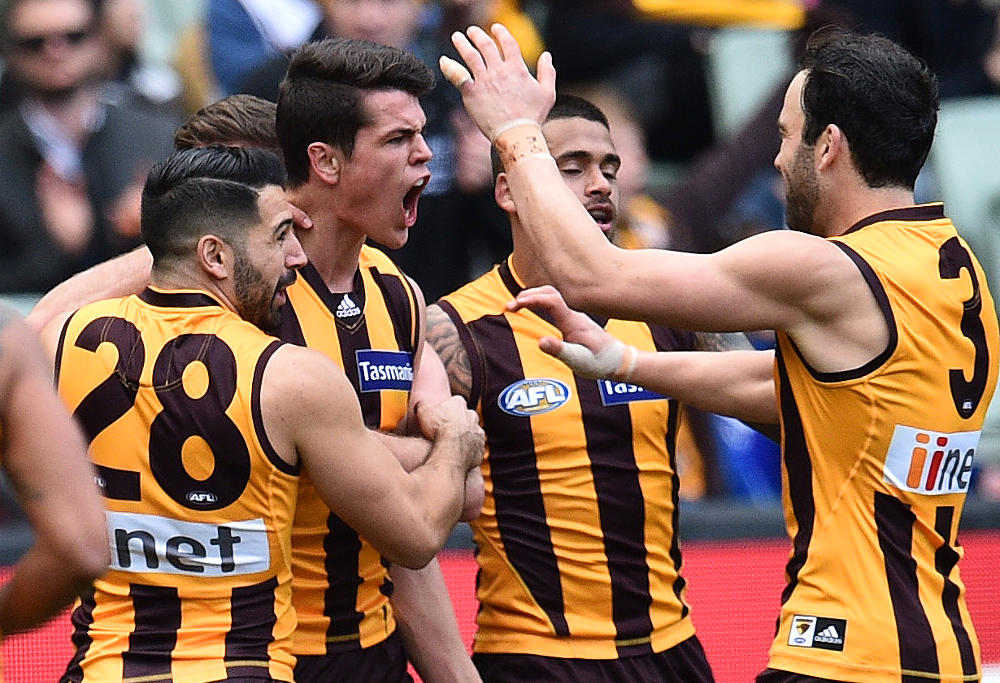 The newest totalitarian aspect of Hawthorn is their attempts to re-write history, in the form of Clarkson’s assertion that ‘Our club has always done it the hard way’.

There certainly is a tradition of doing it tough at Hawthorn that dates all the way back to 2017. Premiership teams get old! Trading your five-time best and fairest and future first-round draft picks actually leaves your midfield a bit light on! Run for the hills!

Socio-economics would argue against Clarko’s assertion, but we’re trying to keep this light and breezy. Hawthorn have won 13 premierships, nine in the last 34 seasons for an average of one every four years.

Hawthorn have had one or two down moments. Schoolteacher and Hawk coach John Kennedy was posted to Stawell in 1964 and without him Hawthorn fell from grand finalists to wooden spooners in two years. 1996 was certainly no fun. Pre-TV deal, no one had any money, including Hawthorn.

Currently they have to deal with the problem of Isaac Smith secretly being on the Cats’ payroll. And the 1990s haircuts ranging from Jason Dunstall to Shane Crawford are best forgotten.

This is not the first time Hawthorn have played the press for fools. Jon Anderson wrote an article describing how hot conditions had cost Hawthorn the 1987 flag in a year that a) Carlton finished top of the ladder, b) Had already defeated Hawthorn in the second semi-final and c) Played the same friggin 30-degree grand final that Hawthorn did.

Whatever could be next for the Hawk crew? Five-year agrarian plans? Cultural revolutions and Clarko’s little brown and gold book? The present, as always, remains fraught with intrigue for the most fascinating, HBO-esque behind-the-scenes set up in AFL football and indeed, society-at-large.