Michael Cheika's time is running out

Michael Cheika is running out of time and good will.

Australian Rugby supporters, exhausted from being kicked from pillar to post by their own administrators, need a head coach and national team they can believe in.

Winning is a part of restoring that belief. Being competitive is fundamental.

But most important is that the Wallaby set up can’t be seen as hypocritical, out of touch and ‘above the law’.

This is especially the case given the unsavoury circumstances that saw Ewen McKenzie resign from his role and Cheika take it over.

Since then Cheika has often talked, and then talked some more about taking ownership of problems, learning from mistakes and being accountable.

In fact, we hear a heap of clichés and mood music from Cheika but as the saying goes, actions speak louder than words.

How accountable was Nathan Grey for the woeful Waratahs defence this year? So accountable that it appears to have earnt him a promotion to full-time defence coach of the national side.

Indeed, how accountable are the Waratahs for finishing second last in the Australian Conference? So accountable that they contributed the most players to the Wallaby squad out of any franchise.

What makes that even more bizarre is that we are led to believe that all of the squad, except for poor old Kane Douglas, were selected on form.

To this day, I do not see how it can be that Jack Dempsey, Ned Hanigan and Tom Robertson are anywhere near the Wallaby squad. Putting aside potential which is debateable, their form is not there for either the Wallabies or the Waratahs. 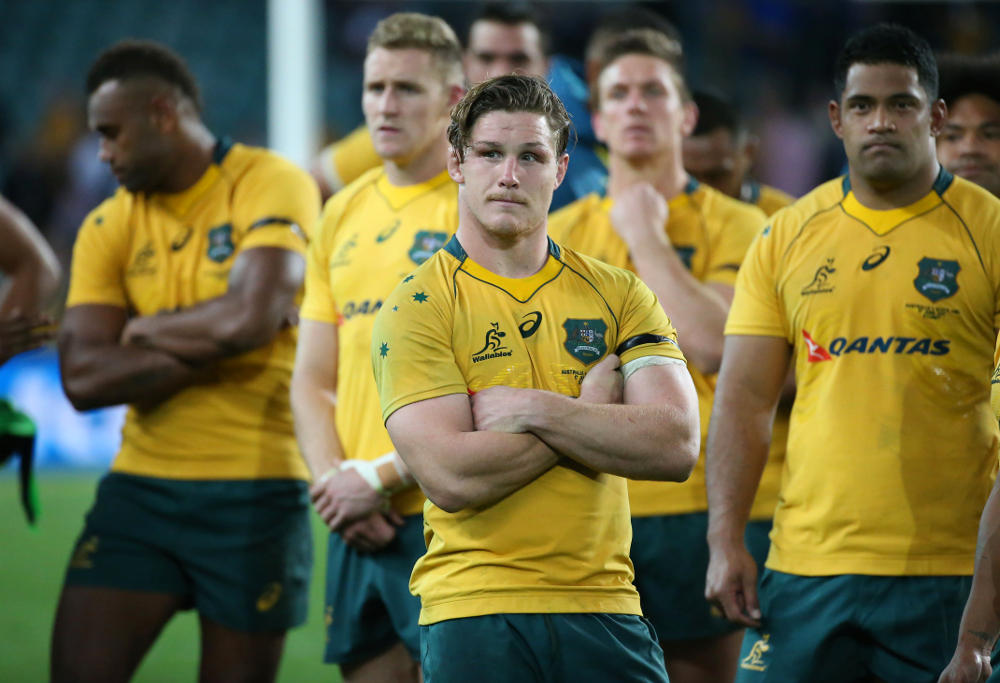 Liam Gill must be sitting in France shaking his head. It undoubtedly helped make Sean McMahon’s decision to leave for Japan easier.

David Pocock, by far the best 7 Australia has got, is probably wondering whether it’s worth coming home from Cambridge to play out of position again at No.8 at the Rugby World Cup.

Not only is Pocock a genuine threat over the ball but he is also articulate, principled and a leader on and off the field. Something Australian Rugby needs desperately right now.

When you think of names like Eales, Smit, Johnson and McCaw, mentioning Pocock alongside them doesn’t seem like much of a stretch.

Hooper failed to provide any real leadership during the Ewen McKenzie fiasco. Enough said on that.

As the Waratahs transitioned to a new coach one has to wonder where Michael Hooper and the leadership group disappeared to on the run to finishing 16th in the overall Super Rugby Standings.

For a team as talented on paper as the Waratahs that is simply inexcusable. Even the Cheetahs and Kings, consigned to the dust bin of Super Rugby history, finished above them.

Hooper has some admirable qualities such as his huge motor and defensive abilities. He could be a superb ‘super sub’. But his leadership hasn’t exactly flourished and he should not be starting as captain or otherwise.

Let’s be clear. The Waratahs recent failures are not all Michael Hooper’s or Nathan Grey’s for that matter. However, both played integral roles in that set up yet seem to have been rewarded with promotions on the national stage.

How exactly does this sit with learning from mistakes, accountability and selection on form? 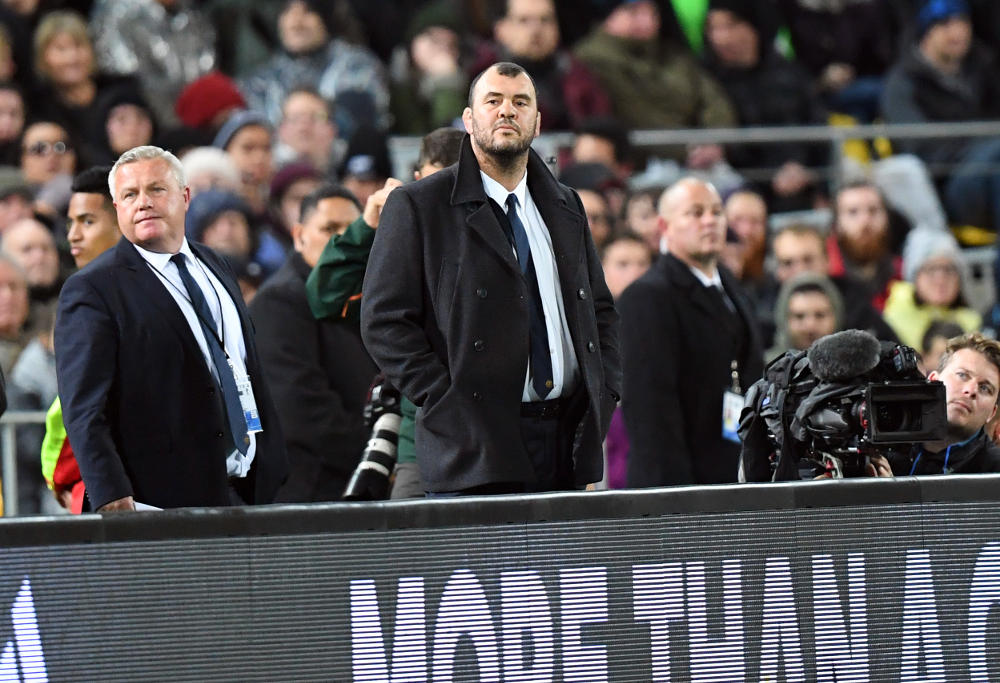 Team ‘identity’ is also something Cheika likes to harp on about. As far as I can tell the idea being that if the team has a clear ‘identity’ then it will be easier to connect with the public.

So let’s put aside team selections, captaincy and back room staff for a moment and talk about the relationship between judgement and ‘identity’.

What message does rushing Beale back into the set up send about ‘identity’? Not a very good one as the Aussie rugby public, particularly the die hards who follow the game through thick and thin have long memories.

Would Beale be getting his third chance with the All Blacks? I doubt it. Their famous personnel policies excluding individuals of irritating character simply wouldn’t allow it. The All Blacks don’t just talk about identity.

Equally concerning is that the Wallabies’ playing style has even less sign of an obvious identity or style on the field than the team does off it.

The performances against Scotland and Italy were absolutely atrocious. Chickens. Heads. Cut off.

There was no sign at all that the Wallabies took their defeat from Scotland and learned from it. If they’d played Scotland again instead of Italy, they would have lost.

Right now Cheika has some credits in the bank from the amazing run at the last World Cup in 2015. But two years on those credits are ever diminishing and I would say running pretty low.

I suspect I am not alone in identifying hypocrisies, inconsistencies and failures in approach committed by Michael Cheika. I also doubt that I am the only one questioning whether he is learning from his mistakes and following his own advice.

Now is the time for less talk and more action from the national coach.