"No doubt" Maxwell has the talent to stay at No. 6: Hussey

Glenn Maxwell has the talent to become a mainstay at No.6 in Australia’s Test side, while a mountain of runs in Bangladesh will ensure he finally dons the baggy green at home.

That is the opinion of Mike Hussey, who scored over 6,000 Test runs and knows plenty about the tricky spot in the order that national selectors have struggled to fill in recent years.

Since Hussey’s retirement in 2013 there have been only two tons scored by the 20 men to have batted at No.6 for Australia’s Test team.

Skipper Steve Smith achieved the feat against South Africa’s star-studded pace attack some three and a half years ago on a paceman’s paradise in Centurion.

Smith ranks it among the most memorable of his 20 Test hundreds, such was the difficulty.

The other occasion came earlier this year in India, where Maxwell celebrated his Test recall with a maiden century and 191-run stand with Smith.

Maxwell, whose call-up in Ranchi only came as a result of Mitch Marsh’s shoulder injury, is expected to edge Hilton Cartwright and play in Australia’s first Test against Bangladesh that starts on August 27.

It is unclear where Maxwell sits in selectors’ plans beyond that two-Test series but Hussey believes the all-rounder can force their hand.

“He definitely can (become Australia’s long-term No.6), there’s no doubt he has the talent,” Hussey told AAP.

“It looks like he and Cartwright are fighting it out for the No.6 spot in Bangladesh.

“He’s got a great opportunity to try and make a spot in the Test team his own. If he piles on a mountain of runs then it’s going to be pretty hard to leave him out for the Ashes.”

Hussey scored five of his 19 Test hundreds at No.6, the only Australians with more centuries from that spot in the order are Steve Waugh, Allan Border, Ricky Ponting and Doug Walters.

Recently the position has become a revolving door of new batsmen.

“It’s actually quite a tricky role to play because it is hard to get consistency,” Hussey said of No.6.

“You have to play in a variety of different situations. Sometimes you come in and the team’s in trouble and you have to resurrect the innings. 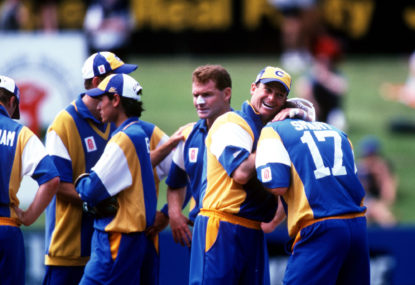