I found out I'm a Kiwi citizen - can I justifiably support the All Blacks?

Like many other Australians, I thought this week would be a good time to clarify my citizenship status.

Born in Brisbane to an Australian and a Kiwi, I hadn’t bothered to fact-check my potential New Zealand citizenship.

It was a fair surprise then, when I took the test on the New Zealand government website and discovered I was a Kiwi citizen by descent.

Despite owning no documentation whatsoever, the New Zealand government recognises me as a citizen, which can be certified in passport form for $318 if I so choose.

As a sport-lover, this raises a tricky question, particularly after the Wallabies’ appalling Bledisloe Cup loss – can I, as a citizen of Australia and New Zealand, justifiably support the All Blacks?

There are a few arguments for and against this to help me make a decision.

For: I am a Kiwi citizen
My mum is a Kiwi and I have citizenship. Surely, this entitles me to support any of New Zealand’s national teams, including their crown jewels, the mighty All Blacks.

Against: It’s too late
I am a couple of months short of entering my 20s, and I have been watching the Wallabies for a long time. The current period is undoubtedly the toughest of my life, but jumping ship now would be cowardly and wrong.

The All Blacks’ success would definitely partially compensate for the guilt, but could I ever live with the abuse from my mates for ditching the Wallabies when they needed me most? Could they live with my smugness with every Bledisloe Cup smashing?

For: I will enjoy rugby again
A no-brainer. The All Blacks are the best team in world rugby and have been for a long time.

They have elevated themselves to almost mythical status since collecting a long overdue World Cup in 2011, so much so that for them to lose more than one Test a year is a shock.

Australian rugby is obviously in a far poorer state. The dismal performances of this year’s Super Rugby contingent, the dreadful handling of the Western Force’s folding, and the Wallabies’ horrendous showing in Sydney on Saturday sum it all up.

You can’t blame a guy for just wanting to enjoy watching a sport… can you?

Against: You can’t pick and choose national teams
I already own shirts representing the Socceroos, the Kangaroos and Australia’s cricket team.

Where national pride is concerned, it’s a little tricky to cheer hard for a country in some sports, and for another country in others.

Divided loyalties are a tricky business, as many politicians have discovered in the last month.

If I were to dedicate myself to the All Blacks, would I not be obligated to go all in and support the Kiwis, Black Caps and All Whites as well?

This issue is all the more difficult considering the prominent Australia-New Zealand rivalry which permeates across most of our favourite codes.

I have been to the Shaky Isles six times to visit family or for recreation, and certainly plan to go again.

Without sounding too much like a tourism campaign, New Zealand is a beautiful country with a great sporting culture.

I do feel a certain sense of pride when I’m there, and having a Kiwi parent contributes strongly to that.

All the same, I certainly feel strongly about my Aussie pride as well, having lived here all my life. I couldn’t bring myself to hate Australia, despite its many faults. 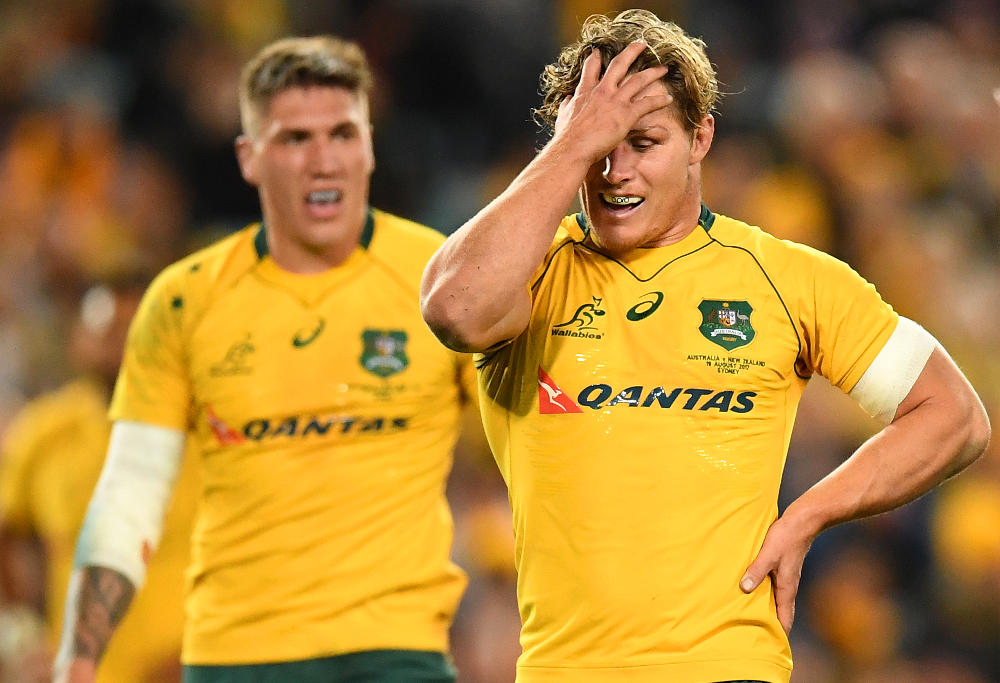 Against: Good things come to those who wait
Probably the weakest of any of these points is to ‘hang in there, baby’.

The chasm between Australian and New Zealand rugby has never been wider. With Australian participation rates plummeting, a Super Rugby team recently cut, and a dreadful team playing for the Wallabies in the present, there is little reason to have hope for the future.

One would be forgiven for thinking the Wallabies will never win the Bledisloe Cup again.

All the same, there is a little voice in the back of my mind saying the Aussies will – eventually – win it back. Two close victories on home soil would do it.

Sure, it won’t be this year. Or next year. Or 2019. But eventually. And when it happens, how sweet it will be.

For New Zealand, the Cup has become a yearly formality. The Wallabies should be far more determined than their opponents to claim it.

All that said, I remain unsure where to go from here.

To you, dear reader, I await your helpful hints or vitriolic abuse.