The NBL season is just around the corner, and it’s time to take an in-depth look at each team and their chances in The Roar‘s preview series.

Over the next three weeks we will go over all eight teams comprehensively in the build-up to tip-off on Thursday, October 5 when the Adelaide 36ers host Melbourne United to get things going.

Today, we kick things off with the New Zealand Breakers. The Auckland-based club, under the new leadership of Paul Henare, just missed the playoffs last year, eventually winding up in fifth spot with an even 14-14 record.

It was almost enough, with the New Zealanders only missing out thanks to results not going their way in the final round as the Illawarra Hawks beat the Brisbane Bullets.

There was no great shame in that, given how closely fought the competition was, but they should have made the finals. They had more than enough talent, but things just didn’t go right for Henare’s men. 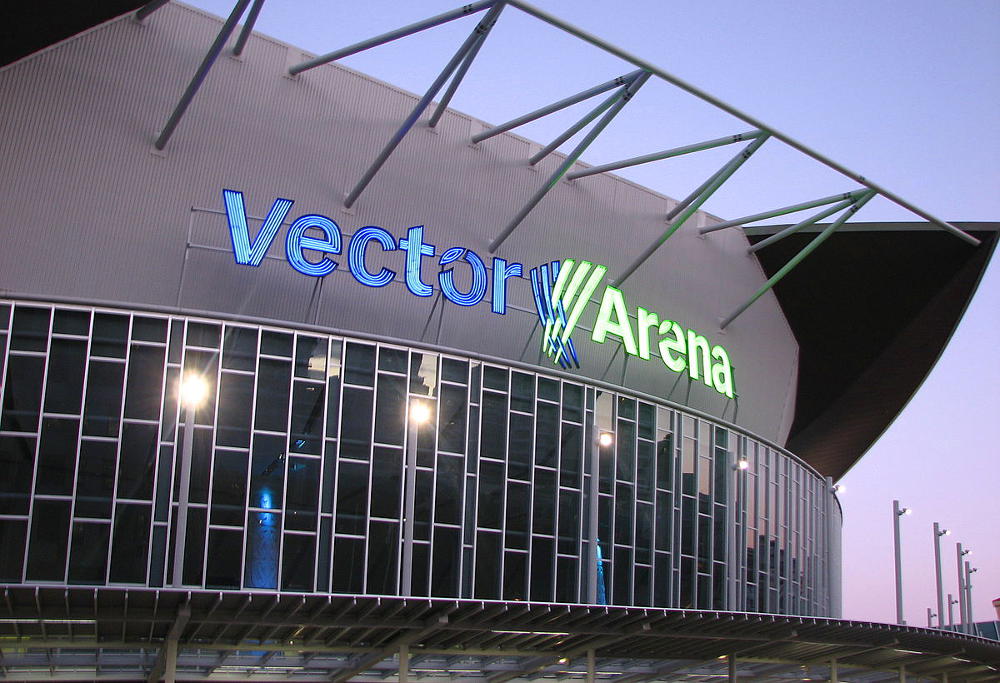 Corey Webster’s season was disrupted, and that didn’t help the Breakers, but their consistency was all over the place.

It was capped off in Round 17 for the Breakers, when their finals hopes all but ended as they lost to the Cairns Taipans at home and then got smacked around on the road by the Sydney Kings, being restricted to just 57 points.

An obvious lack of creativity in their offensive game hampered the season for the Breakers, and without many changes, it’s hard to see that changing a great deal in 2017-18.

When it came to percentage of points scored against points conceded, the Breakers had the second lowest in the competition and were well behind teams like Adelaide and Illawarra for points scored.

They were up and down at the pre-season NBL Blitz, but a loss to the understrength Perth Wildcats where they only posted 11 points in the third quarter and registered 13 assists for the match highlighted the issues are still prevalent.

If the same issues hamper the Breakers in this campaign, it’s not going to be a fun season.

The undoubted glaring issue here for the Breakers is age. Without even considering what the players have been able to do throughout their long careers, Kirk Penney, Thomas Abercrombie and Mika Vukona – three stalwarts of the club – are all on the wrong side of 30.

Penney (36) and Vukona (35) in particular are getting to the end of their careers, while Abercrombie (30) struggled with some injuries last year. While Alex Pledger (30) appears to be coming into his prime and front-court rotation partner Robert Loe is only 26, the ball actually getting into them in good positions is key. 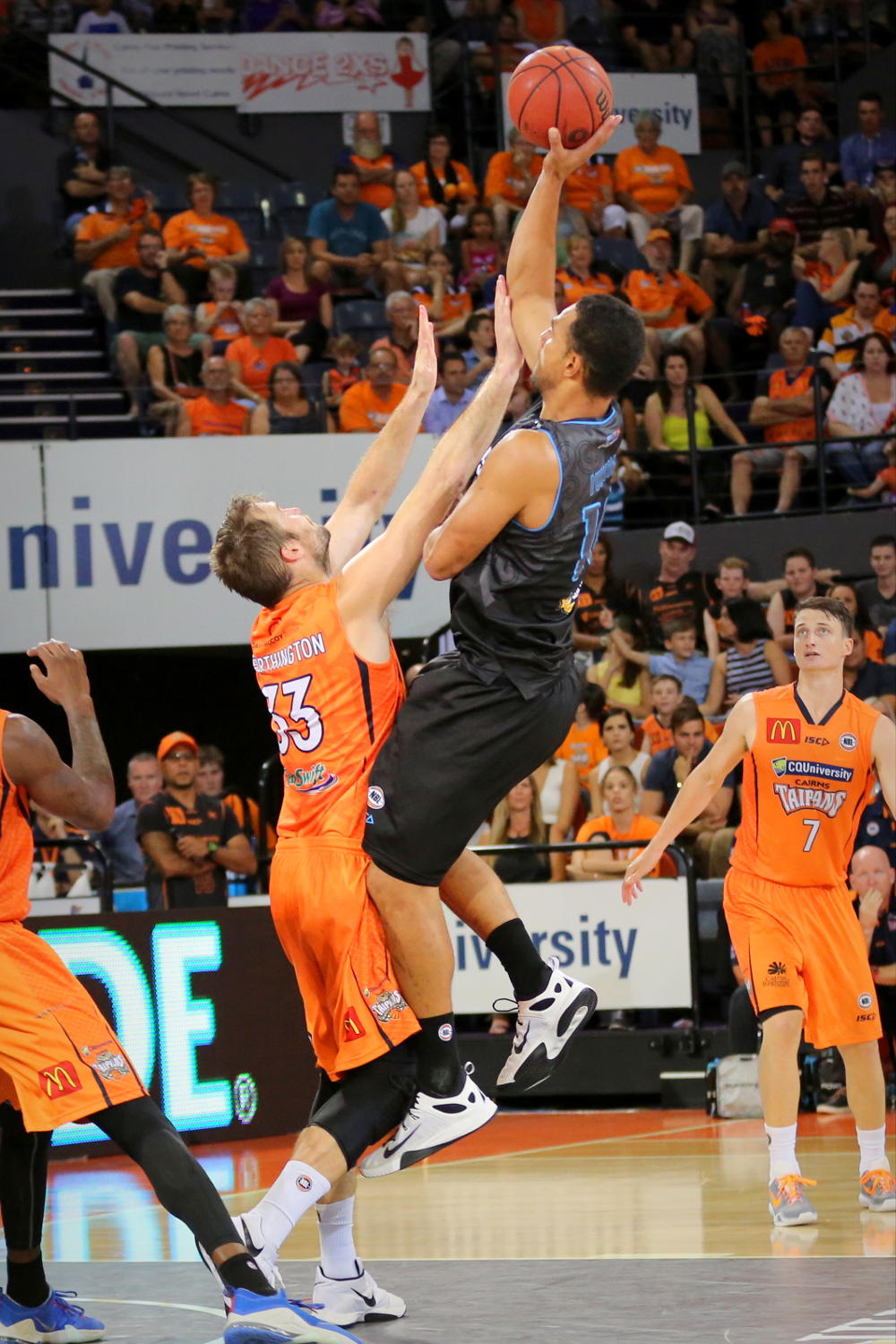 In truth, with Edgar Sosa added to the team this season as an import and DJ Newbill likely to come from the bench, it means they have a good point guard rotation, but there are still issues.

They are weak off the bench, with very little to support the starting five. While Jordan Ngatai, Shea Ili and Finn Delany have promise, they are a long way from behind consistent, high-level NBL players. Given the age issues we have already talked about for the Breakers, they could be needed to step up more than expected.

Essentially, the Breakers are relying on a second unit full of players who will need to have career-best seasons if the Auckland-based club are to do anything special.

Do they have enough creativity from the backcourt?
The Breakers struggled for points on more than a few occasions last season, as has already been highlighted.

Their only genuine point guard was Ben Woodside, and he has moved on this year. When Woodside was sitting out injured, there was an obvious difference in the way the Breakers played.

The problem they faced is that Corey Webster, Kirk Penney, Thomas Abercrombie and even Shea Ili off the bench are all scoring players.

That problem isn’t going to fade away this year. While they have picked up two quality import point guards in Edgar Sosa and DJ Newbill, who will likely back up from the bench, the latter averaged under two assists per game twice during his college career and is a genuine score-first player.

While Sosa has had better assists numbers throughout his career, which has jumped from team to team, his last stint with Juvecaserta saw numbers typical of his career. Almost 20 points per game and just a tick over five assists.

They aren’t bad numbers, but for the role he is likely to be required to play in the Breakers unit as starting point guard, it’s anything but good enough. He is playing in a team of shooters rather than creators, and the pressure on him both externally and from coach Henare is going to be immense.

Is Paul Henare an NBL-level coach?
Henare had his first foray into NBL coaching last year, and while he has done a solid job with the New Zealand Tall Blacks on the international stage, getting them to the pointy end of the FIBA Asia Cup with an understrength squad, he is yet to prove himself as a NBL-level coach.

Serving an internship under the guidance of former head coach Dean Vickerman isn’t a bad start, nor is being a stalwart of the club. Henare spent eight years playing in the Breakers’ system and was an integral part of the club rising as a success in the league.

His joy as a player hasn’t translated to coaching yet. 2016-17 was a tough initiation – noting the problems the Breakers faced, it wasn’t a terrible finish, but they had the talent to make the finals.

The selections he has made for imports this year are concerning and if it doesn’t come off and the Breakers miss the finals again, Henare’s head might be on the chopping block.

What can Alex Pledger and Robert Loe provide?
This is probably the question which will define the Breakers’ season. As good as their shooting from outside is likely to be, their defence is going to need to be up to the challenge.

There are going to be tough periods for the Auckland-based club where shots simply won’t fall and things won’t go their way. Without the creators in the team, it’s unlikely Henare will enforce his team to play a highly-structured brand of ball.

If that’s the case, then they must be ready to defend in the paint, and take opportunities of defences trying to guard the perimeter. There are likely to be plenty of rebounding opportunities for Loe and Pledger.

The pair made a strong if at times inconsistent centre pairing last year. If they can continue to work hard on their game and get the little things right week in, week out, then the Breakers stand a chance. 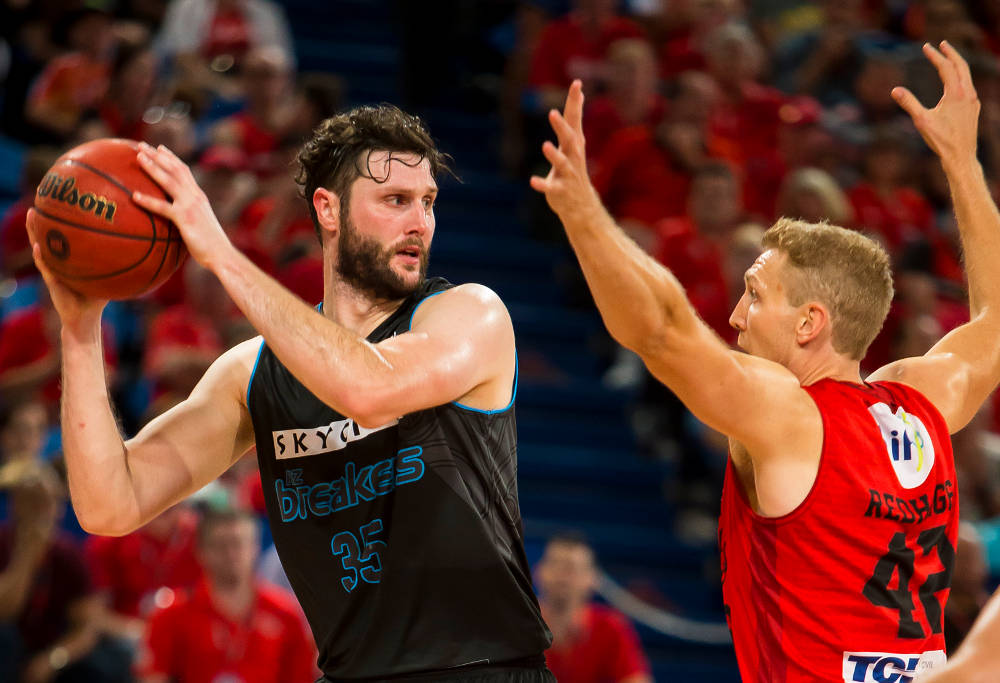 The Breakers’ schedule resembles a poorly put together jigsaw puzzle. If there’s one thing for certain, it’s that they need to get off to a strong start with three back-to-back home games.

Two of those are against the Sydney Kings, who are also expected to struggle a little in 2017-18.

Following the opening homestand, the Breakers play four of their next six on the road and between Rounds 6 and 9 will play the Bullets and Wildcats – two of the strongest sides on paper – six times without interruption.

If the Breakers are in a position where they must win to qualify for the finals, then they could well be in a spot of bother, given the strength of United.

While it’s hard to complain about a draw where each team plays each other four times, the Breakers have copped a rough end of the stick here.

It’s going to be a long season for the Breakers. While it could be a breakout season for Ili and Ngatai, who impressed at the FIBA Asia Cup, they have very little behind a starting five, the majority of whom struggled to be consistent last season.

While the revolving door of Corey Webster is no longer in the picture, Sosa has bounced through 13 different clubs in five years, and their tall timber up front will need big improvements on what they dished up in 2016-17.

Add to that the travel, the age and pressure on Kirk Penney and the fact Paul Henare is still yet to seriously prove himself as a top NBL-level coach, and it could be an extremely long season for the Breakers.

Their glory days are well and truly over.

Be sure to check back in on Wednesday, when I unveil the team who I have predicted to finish in seventh spot for the upcoming season.

This is how the Kiwi outfit shaped up last season. Scotty Hopson 9/10 He is one of the stars of the league. He is…

The New Zealand Breakers and everyone involved deserve more credit than what they are getting. After being written off as play-offs contenders months ago,…

The NBL is a rising league in world ranks, with many pundits suggesting the NBL has grown to be just as good as any…

For the third year in a row, NBL fans will get to see their sides take on some of the best in the business…