The North Queensland Cowboys weren’t able to complete their fairytale in the grand final, going down to the Storm by 28 points. It was a tough evening at the office for the Cowboys, and here are their player ratings.

1. Lachlan Coote – 8
The Cowboys’ best on ground for mine. Put in a really strong performance, was solid as a house under the high ball and ran for over 150 metres.

2. Kyle Feldt – 7.5
If Coote was best on ground, then the winger wasn’t far behind. He made 190 metres at ten per run, came up with some good defensive plays and was as dangerous as ever when the Cowboys did get a rare attacking opportunity.

3. Justin O’Neill – 6
O’Neill was always willing to take an extra run, but none of them did a great deal for the Cowboys’ cause. Add that to a couple of missed tackles, and it’s hard to say the Maroons centre had a great game.

4. Kane Linnett – 4.5
Linnett had close to a career-best performance last week, but it was the opposite in the big dance. Some errors crept into his game, the runs he took had little to no impact and like O’Neill, the missed tackles hurt big time.

5. Antonio Winterstein – 7
Winterstein wasn’t quite as good as his other winger, but wasn’t far behind. 184 metres from 17 runs, some of them looking very dangerous, plenty of toil out of trouble and a couple of line breaks. A bad dropped ball in the first half when he attacked a grubber hurt, but it was the only blip on the radar in anotherwise sound game.

6. Te Maire Martin – 6
Scored a try which gave the Cowboys some life in the second half, but didn’t get overly involved with the kicking game and missed a bad tackle in the first half which gave way to a try. Still, in a grand final appearance for a club he wasn’t at five months ago, the future appears bright in Townsville.

7. Michael Morgan – 6.5
I was originally going to rate Morgan a lot higher after blogging, but watching the full match replay showed his kicking game wasn’t really up to par. He had his moments, but it was his worst performance of the finals by a considerable distance. 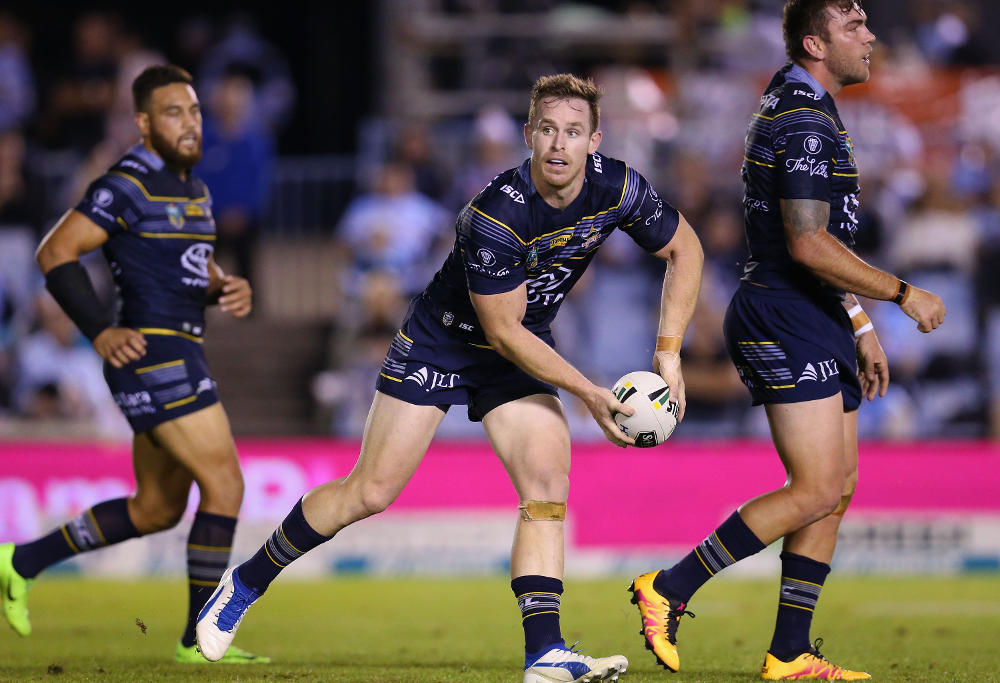 17. Shaun Fensom – 1
It was hard to watch Fensom writhing around on the ground, calling for a stretcher. It was even tougher the replay of Ethan Lowe cannoning into his leg, and if you haven’t seen the picture yet, I suggest you don’t go looking. It was unfortunate it came up on my Facebook feed last night.

His grand final lasted three minutes. Such a shame for a player who deserves better.

9. Jake Granville – 6
Granville had some little moments where he looked like he was going to start bursting the game open, but it’s been all too common this year that he won’t, and that’s how it ended up. For a running hooker, he doesn’t use his running game nearly enough.

Still, he was good creatively and made some strong tackles.

10. Scott Bolton – 5
I don’t quite understand why Bolton only played 49 minutes. With Fensom off, the leader of the Cowboys pack didn’t get enough game time, nor did he make the most of those minutes.

11. Gavin Cooper – 6.5
The Cowboys captain played a solid game of footy. He was always putting his hand up for the extra run out of trouble, and turned up to make 40 tackles.

12. Ethan Lowe – 6
Unfortunately, six missed tackles won’t win you too many supporters either with fans, teammates or coaching staff. Lowe worked hard all game and made plenty of good runs to get his side out of trouble, but his defence wasn’t good enough.

13. Jason Taumalolo – 7.5
It’s scary when you are sitting around, talking about how quiet Taumalolo was, before looking at the stats and realising he still made 124 metres from 12 runs.

It wasn’t his best performance, and he did a lot of defence, making 35 tackles, but he was as tough as Cowboys on the park. 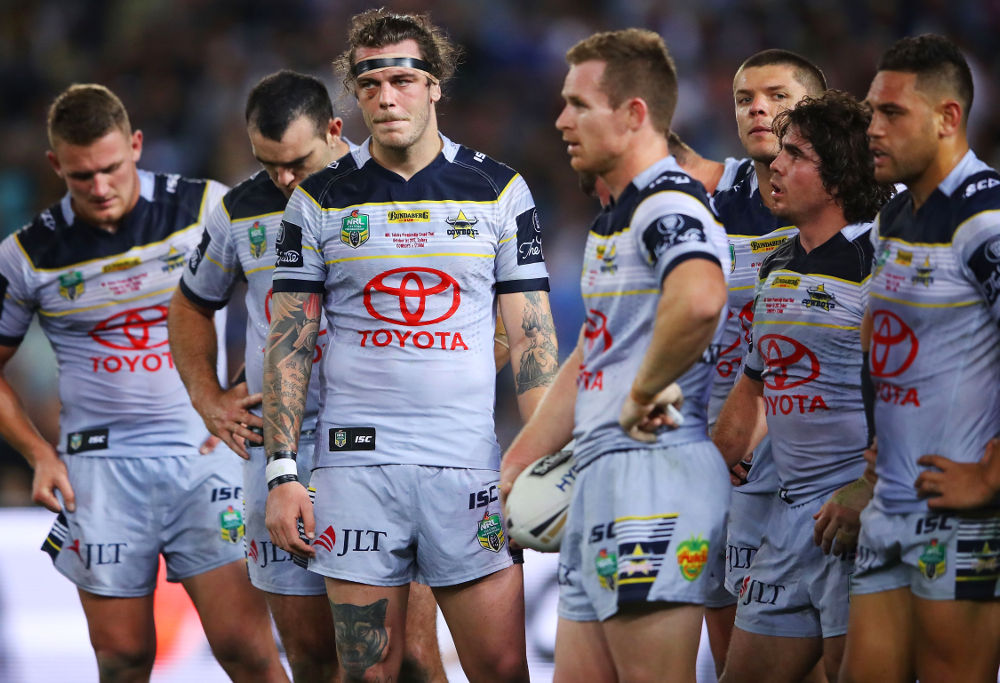 8. John Asiata – 7
I was really impressed with the Cowboys prop who has come from the bench plenty during the finals. He tore it up when he came on, averaging more than ten metres a carry, using his footwork and ball-playing skills, and getting through a mountain of defensive work with a reasonable efficiency.

14. Ben Hampton – 3
15 minutes to give Granville a break. He didn’t run the ball once, offered no real creativity or spark. Difficult night at the office for the utility.

He has a talent, but it’s not being used at the Cowboys.

15. Coen Hess – 6
Had to come onto the park in the fourth minute after Fensom’s injury, but he rose to the occasion big time. Played a solid 60 minutes, made more than 100 runs and 41 tackles. Really solid performance.

16. Corey Jensen – 5
It’s a shame Jensen is probably going to be one of the forwards missing come Round 1 in 2018, because he has been superb off the bench. He didn’t get much time to do much last night, but didn’t let anyone down getting through his work.

Roarers, what did you make of the Cowboys’ performance? Drop a comment and let us know.

How did the Cowboys shape up in Round 1?

The new-look Cowboys opened season 2020 with a loss to the Broncos on Friday. And unlike most of 2019, their attack wasn’t responsible.

How did the Cowboys shape up in Round 1?

Ask any serious NRL observer and they’ll tell you the most intriguing through-line of the North Queensland Cowboys since 2017 has been Paul Green’s team selections.

Last month I predicted my top eight for the season ahead – a bold move before the season has even started, which no doubt will come back to bite me.