Back in July, I reordered the top ten of the 1997 draft based off what we know of these players. Now I am reordering picks 11 to 20.

Pick 11 – Trent Croad – Sydney (Originally Jason Saddington)
Croad was a fantastic swingman throughout his career. He is most known for the deal that got Hawthorn the first pick of the 2001 draft from Fremantle, which ended up becoming future captain and legend of the game Luke Hodge.

Pick 13 – Travis Johnstone – West Coast (Originally Callum Chambers)
Three years in a row of players not living up to expectations of the first pick!

Pick 14 – Jason Saddington – North Melbourne (Originally Shannon Watt)
Saddington was a solid defender despite missing the 2005 premiership triumph by the Swans. He was originally drafted with pick 11, playing 162 games – 142 for Sydney and 20 for Carlton – and kicking 47 goals – 41 for Sydney and 6 for Carlton.

He was originally selected with pick 28 in the rookie draft, playing 179 games and kicking 74 goals. He is a two-time Ross Glendinning Medallist, one-time All-Australian, and one-time premiership player.

He is a one-time premiership player and one-time club best and fairest.

He is a one-time International Rules Representative for Australia.

Pick 20 – Richie Vandenberg – Essendon (Originally Dean Solomon)
Vandenberg was a solid, aggressive, inside midfielder with plenty of strength to burn. He was originally drafted with pick 78, playing 145 games and kicking 64 goals.

He was the Hawthorn Football Club captain for three years, which was also the last three years of his career. 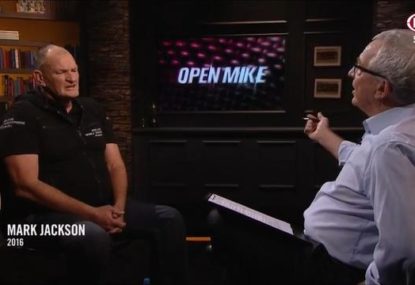