The Roar's 2017 AFL trade period report card - every club graded, as voted by you

The 2017 AFL trade and free agency period came to an end yesterday and we asked you to help us grade the performance of every club.

Thanks to all those who put in their votes. We’ve tallied them up and I’ve put in my own personal grades for each club as well. In some cases you and I are on the same page – in others, that is very much not the case!

Adelaide overpaid for Bryce Gibbs – there’s no way to get around that fact when you look at the sheer amount of draft capital given up to secure him.

However, by virtue of the inclusion of a future second-round pick from Carlton, the deal is a better one than it was last year, and worth doing to give the team some hope of improvement on the personnel front next year.

Further to that, they more than balanced this out by getting a very good return for Jake Lever, and a significantly overvalue return for Charlie Cameron.

They lost those players, and that’s a bummer, but at the end of the day they’ve got the mature midfielder they want to bolster their team, pick 12 this year, and two-maybe-three top 20 picks next year.

Also, thanks for giving Gibbo a lifeline. 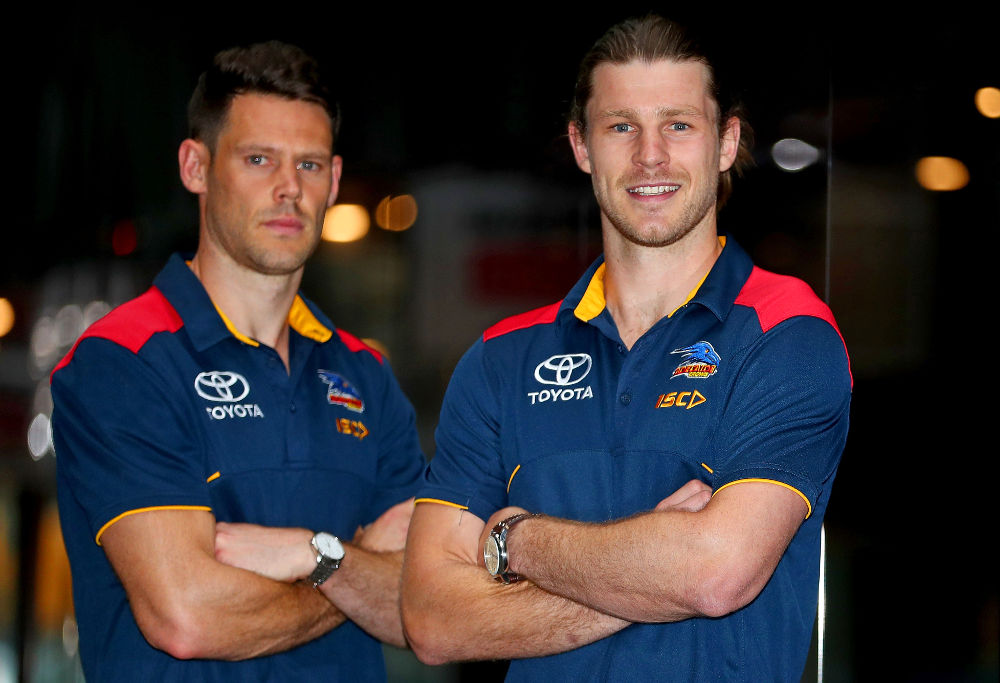 Brisbane successfully landed both of the players that they wanted to in Charlie Cameron and Luke Hodge, while finding deals for those they wanted to move on, albeit not until the final moments of the trade period.

However they didn’t really win any of their individual deals – pick 12 for Charlie Cameron is overpaying no matter how you look at it, and picks 25 and 40 for Josh Schache goes vastly in the opposite direction.

It should be an enormous concern for the AFL that a Queensland-based team is forced to pay so much to bring a local player home, but is expected to receive so little in return for a Victorian player who wants to leave.

The Schache deal was made even worse by the fact they then used pick 25 to upgrade pick 20 to pick 15 – is that really all a bloke taken at pick 2 in 2015 was worth?

The net result is that they’ve essentially traded Tom Rockliff and Josh Schache for Charlie Cameron and two years of Luke Hodge, plus some minor pick shuffling. That’s not good.

Carlton finally made the call to trade Bryce Gibbs and it was a good one – they got a more than fair price from the Adelaide Crows considering his age, and that allowed them to spin off minor pieces into deals for Matthew Kennedy and Darcy Lang.

Trading out most of their own future picks for the 2018 draft is something that could come back to haunt them if they once again have a low finish, and that seems more likely than not with Gibbs gone.

However they’ve balanced it out by investing in other clubs’ second-round picks which should help them match bids for what might be a bumper crop of father-son players in 2018.

Collingwood made only a single transaction for the entire trade period, and that transaction was to trade out their 2018 second-round pick – potentially a top 25 pick if they again have a bad year – for a rookie-listed player with no profile and who has never played a game, and some spare change.

The Bombers identified three very talented targets and managed to secure them all without selling the farm to do so – vitally, they still retain their first-round pick in next year’s draft. Bravo.

Jake Stringer obviously has some ways to go before he can really be considered a winner but if in his time at Essendon he hits form anywhere near the level of his 2015 season he’ll have been a massive bargain.

Devon Smtih and Adam Saad are both your classic underrated types who Victorian fans will now get a closer look at and come to love. Smith in particular will surprise many with just how high his cieling is. 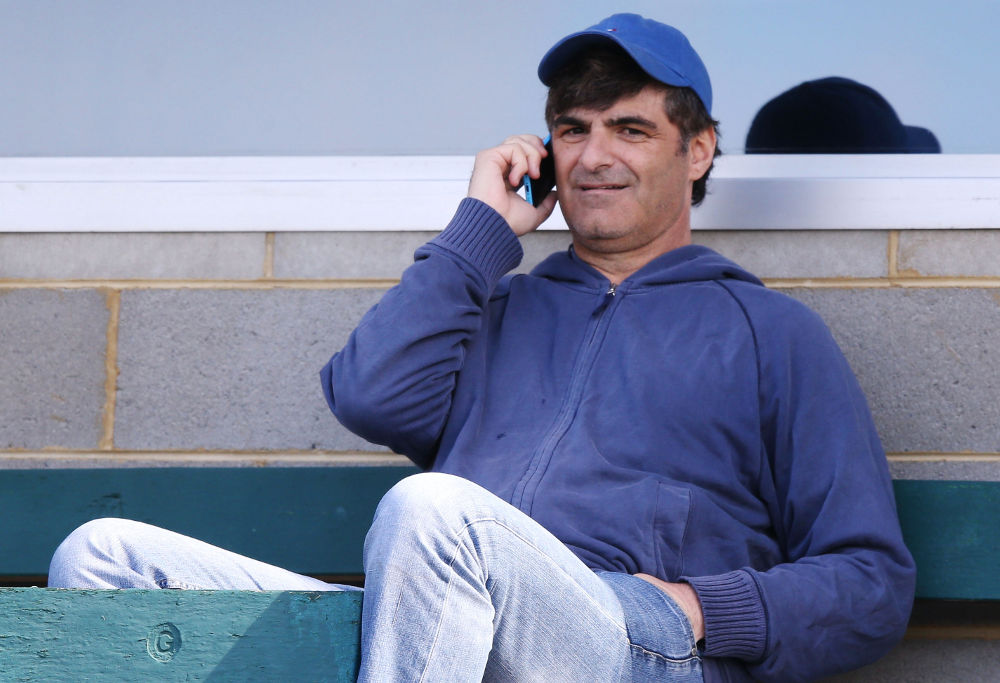 Things looked to be teetering on the edge of disaster when Lachie Weller asked for a trade – Wilson in, Weller out didn’t really seem like much of a net gain of talent this year, if any at all.

But then Fremantle asked for pick 2 for Weller – a fine young player, but by no means worth pick 2 – and they got it. Snowballs have had better chances of success in hell than that request did, and yet here we are.

As a result Fremantle have two top five picks at the draft (while still retaining next year’s first) and a roughly even amount of talent coming into versus going out of the club. Winner winner.

The Cats completed their mission in this trade period which was to land Gary Ablett and, thanks to the wildly unbalanced free agency compensation pick that came their way from the AFL, managed to do so while retaining two top 25 picks this year, although they gave up their 2018 second-rounder.

However, they did ultimately fall short on pursuits for both Jake Stringer and Jack Watts, and lost Darcy Lang – for a team that has talked about ‘rebuilding’ its list, their focus was entirely on recruiting a 33-year-old.

Don’t get me wrong, I’m as excited as anyone for the second coming, and it may well win Geelong a flag in the short term – but if you take the sentiment out of this it would be seen as a significant gamble. 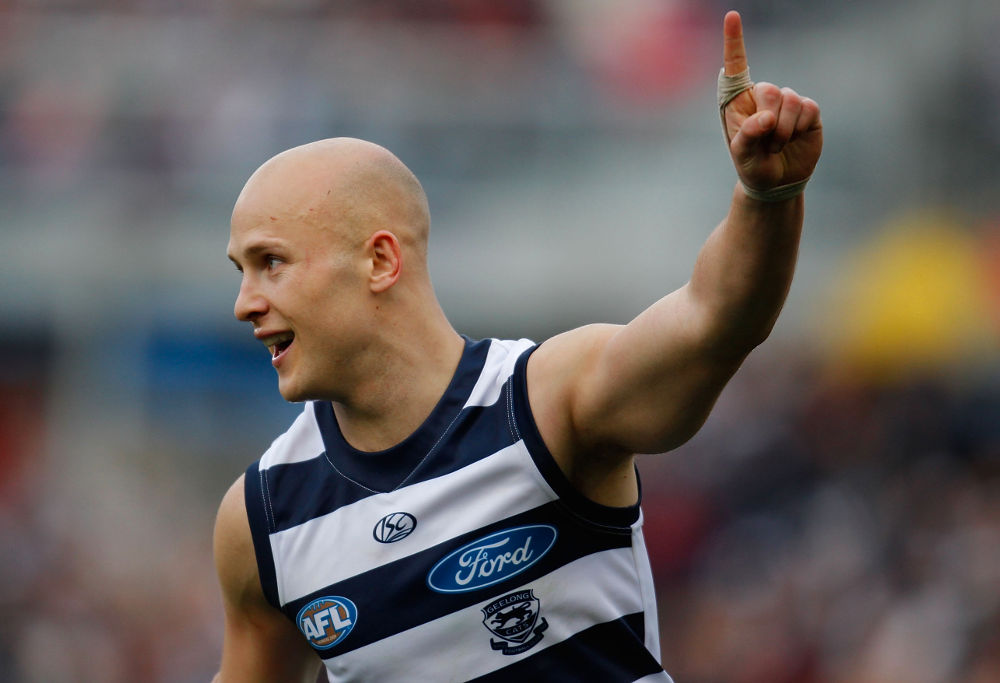 Look, I understand the argument that a somewhat mature player who actively wants to be at the club is potentially more valuable to Gold Coast then a new draftee, no matter how talented.

I understand the point of view that Weller is more likely be at the club in four years time than a fresh draftee, who may leave for peanuts after his initial contract.

But that kind of defeatist logic should not be used by AFL list managers. If you’re giving up on your ability to retain players before they even arrive at the club, you’re going nowhere.

And if you have to pay a talented-but-not-elite player $4 million over five years and give up pick 2 in the draft just to get them to your football club, you’re not much of a football club.

The Giants again made the best of a disappointing situation when several players wanted out and by moving quickly in the early part of the trade period were able to beat both Gold Coast and the Bulldogs in the race for Essendon’s pick 11.

What exactly is it that Hawthorn hate so much about taking draft picks anywhere in the first half of the night?

Jarman Impey offers speed and could be a solid pickup, and I appreciate that their hands were a bit tied this year by having little available to trade.

Still, it surprises me that they didn’t at least consider pursuing free agency a little more, and I’m not sure what their overall list strategy is at the moment. I’m not sure they’re sure either, which is worrying.

Melbourne paid a lot to recruit Jake Lever but he will prove to be worth every penny – there’s no other player his age who is anything like him, and the Demons will find themselves a with a unique, elite player in their backline for ten years to come.

Harley Balic I like too and he came cheap. No complaints.

Unlike most I am guessing, I reckon trading out Jack Watts was a good call. He’s been little other than a headache for near on ten years and there’s a point where it’s just not worth the effort anymore.

Melbourne will have a quiet few years at the draft table but have assembled more than enough talent to take them to the pointy end of the ladder over the next decade.

North Melbourne made noise about Dustin Martin and Josh Kelly this year but ultimately delivered nothing.

I’m glad that the Roos didn’t decide to trade in players who wouldn’t take the club forward just for the sake of appearing active, but there’s no mistaking it – this is a failed trade period.

Port Adelaide traded out six players this year and ultimately came away with no real return for any of them other than to clear out a bit of salary cap space.

This is counterbalanced by the fact that they brought in three players, certainly a net gain of talent, without really giving up anything either.

They have essentially lost depth but gained talent, and many see that as an excellent result for the Power, one that can push them to premiership contention.

Personally, I’m a long way from being sold on the idea. Motlop and Watts have consistenly been headaches for their previous clubs and I’m not conviced things will be different at Port Adelaide.

Rockliff is a player I like and a solid enough recruit, but I have my doubts as to whether he’s the missing link between Port Adelaide and a premiership.

Acquiring Rockliff and Motlop as the only two free agents of note left on the list at the end of the year and Watts, a player rejected by his own club, feels more like taking what you can get than targetting what you need.

They haven’t sold the farm to bring in any of these players but they’ve tied up something in the area of $1.5 million to $2 million of salary cap in long-term contracts for them.

That comes at an opportunity cost and if these players don’t lift Port to the next level in 2018 they may find themselves regretting being too eager instead of waiting for the right time to strike and make a big signing. 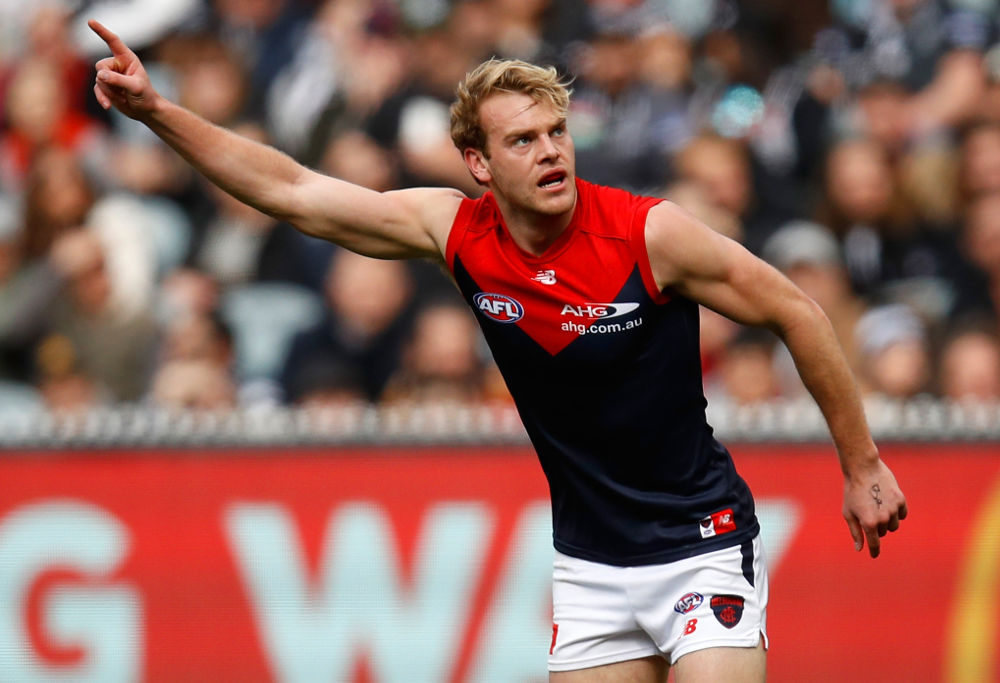 Didn’t do much, didn’t need to.

A variety of creative attempts to trade picks 7 and 8 for mature talent or shuffle them higher in the draft order ultimately came to naught, but that’s by no means a bad result for St Kilda, if not a particularly attention-grabbing one. There’s nothing wrong the slow, patient play.

Out goes the rookie who never played a game, in comes a second-round draft pick. Only a small piece of business but a very nifty one.

We’ll need to see how things pan out over the next few years with the draft before definitively saying whether or not the deal with Gold Coast was a mistake, but for a team that looks headed for the cliff to trade their future first-round pick out strikes me as a recipe for disaster.

I thought that the Jake Stringer deal had become a lose-lose situaiton and if you looked at them accepting pick 25 and pick 30 for him that seemed to be the case.

However they followed this up by making two quality deals to bring in pick 16 and Josh Schache, essentially at the overall cost of Stringer and two second-round picks.

I still have to knock them down a few points for passsing up their chance at pick 11 when it was on the table, but they’ve ultimately done well, much better than I expected.

On Thursday morning I had them pegged for an F as the slowest students in the class, but they turned it around admirably.