RLWC 2017 Preview: PNG living the dream as the people's team

In a monumental moment for Papua New Guinea, the nation has the honour of hosting games during the 2017 Rugby League World Cup.

The rugby league mad nation gets to watch their beloved Kumuls play all three of their pool games at home.

The Michael Marum-coached Kumuls will be aiming to give their adoring fans a historic world cup performance in 2017.

Rugby League from the outset became the favourite pastime for Papuans and in some ways became a replacement for tribal warfare.

It is the national sport of PNG, so for a country obsessed with rugby league, having the opportunity to host World Cup games is like a dream come true.

You can guarantee that the Kumuls will be playing in front of a sold-out crowd at their National Football Stadium each time they run out during the pool stage.

They get to kick-off their campaign against Wales, a side who has history against the Kumuls, being their opponent during the quarterfinals in 2000.

That quarterfinal match against the Welsh was watched by an estimated 2 million people in the early hours of the morning.

Upon return from the 2000 world cup, the Kumuls were greeted by thousands who had packed out Port Moresby airport waiting for their arrival both inside and outside the precinct.

The 2008 and 2013 world cups proved to be disappointing results for Papua New Guinea however the 24 men that made up their squad were still idolised in their home country.

Following the last world cup, a successful entry of a PNG side into the QLD cup has seen the PNG hunters compete in the Australian domestic scene for the past four years.

This season, the Hunters took out the Intrust Super Cup title which saw wild celebrations from their fans after a last-minute try scored victory over the Sunshine Coast Falcons.

The hope of rugby league administrators in PNG was that the success of the PNG Hunters would lead to the admission of an PNG NRL side, and ultimately greater success for the national team as the Kumuls players would have more exposure to higher quality football.

This 2017 World Cup is the first opportunity for the national side to showcase the progress made.

The Kumuls will be led by Brisbane Broncos outside back, David Mead. The fullback produced the hit of the tournament in 2013 and will be looking to lead from the front as captain.

He is joined by ten players from the PNG Hunters side to ensure that familiarity and combinations are in place as three of those players form the rest of the spine.

A sprinkling of NRL and Super League stars make up the remainder of the 17 including Macdonald, Aiton, Baptiste and Segeyaro. 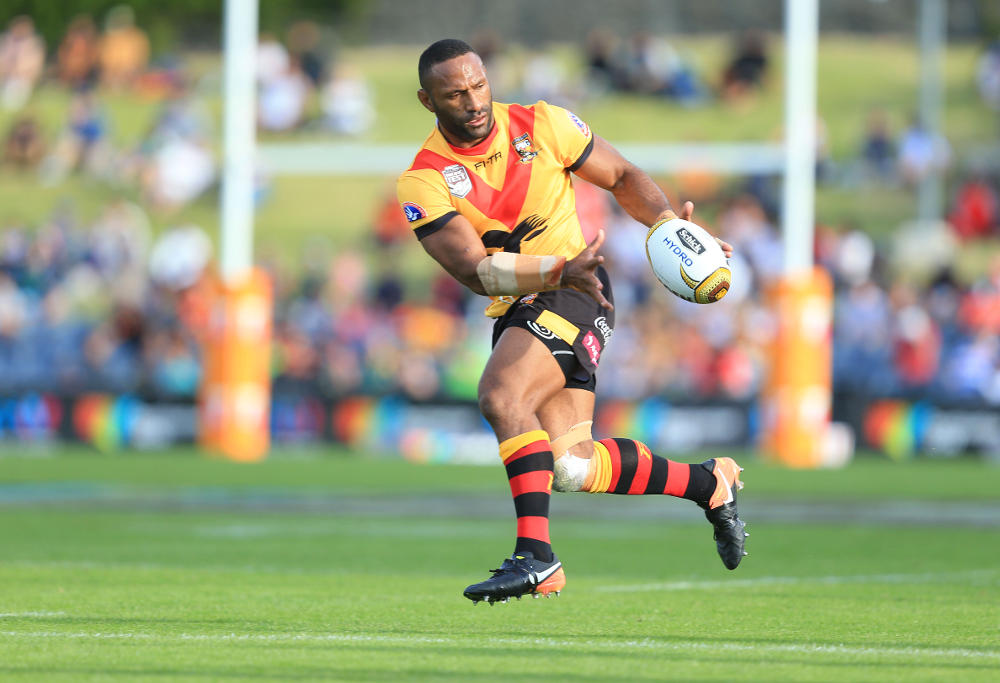 Key Player
The dynamic dummy-half James Segeyaro has shown throughout his NRL career that he is an enigmatic player that oozes X-factor.

His impact off the bench has turned games for his clubs sides and with Marum selecting James on the bench, he will no doubt be hoping Segeyaro produces much of the same for PNG.

He didn’t have a great first year for the Cronulla Sharks in 2017 however if he can produce what he is capable of, his quickness and elusiveness out of dummy half will provide a great platform for the Papuans throughout each match.

Key Match
With every game being played out of their National Football Stadium in Port Moresby, its hard to pick a key match for PNG. Each game will carry just as much significance in whether they progress.

The first match against Wales has to be a victory to get the Kumuls campaign off to the start they need and the atmosphere this Saturday will certainly be something to witness.

RLWC 2017 Prospects
The entire country will be living the dream as the World’s best come to their shores. Each match involving PNG is likely to bring the nation to a standstill, while each victory will kick start celebrations.

A quarterfinal appearance may potentially end up in a public holiday and set off the biggest party on the planet. If they do get to the knockout stage, they will likely be facing either Australia or England which will be an enormous challenge to overcome.

Regardless of how they perform in this world cup, the Kumuls can be rest assured that they will still be adored by their league loving public.