Goals, behinds and fouls: Could AFL clubs have NBL teams?

With the National Basketball League looking to expand, speculation is circling that AFL clubs are looking to field teams in the competition.

In Europe, it’s not unusual for a club to run teams in multiple sports.

Powerhouse football clubs such as Barcelona, Panathinaikos and Bayern Munich also have teams in sports like basketball, handball and volleyball. Their substantial resources are available to other sports, who would otherwise struggle to access the same level of professional facilities.

There are administrative synergies and cost-saving efficiencies as multiple sports are streamlined under a single structure. Facilities are utilised year-round and opportunities abound for cross-promotion.

But it’s unusual in Australia at the elite level.

Clubs, and entire leagues, often run footy and netball side by side under a single club and league structure, but that’s grassroots sport.

Volunteers are hard to find, and this enables both sports to be run by a single committee. Sponsorship donations from local businesses can go twice as far and cover both men and women. And when the council finds some money to upgrade facilities, the two sports can work together as one instead of having a turf war.

This year, the formation of Super Netball saw multi-sport clubs come into being, as Greater Western Sydney Giants and Collingwood fielded teams, while the Melbourne Storm were behind Sunshine Coast Lightning. 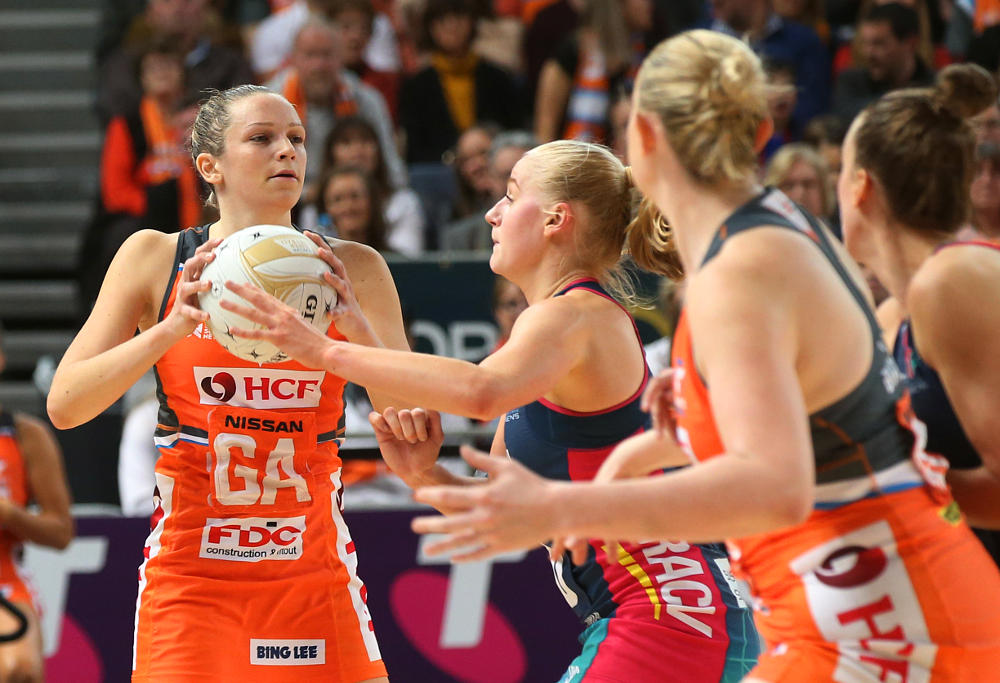 The tyranny of distance may have prevented the Lightning from benefitting as much, but both Giants and Magpies netball were able to access the training facilities and fitness personnel of the AFL clubs – elite facilities far superior to what any netball team could ever have imagined before.

Does it give them an advantage? Time will tell, but in the first season of Super Netball, all three teams aligned with other sports made the final four. Only one netball-only club did.

And all were able to attract fans to their teams by promoting to footy members, who became netball fans. For GWS Giants it went both ways, as they promoted AFL to their netball members.

In the last couple of years, basketball has had a resurgence. Crowds are up, and the NBL is getting more publicity. Every game is televised on Fox, while SBS is taking two games a week live, and the ABC is doing another weekly game on delay.

Just a couple of years ago, the only coverage was delayed on One. Teams were dying. But now the NBL has stablilised and is crying out for more teams.

We’re only six weeks into the season, and already by this Thursday the Kings and Hawks will have played each other four times. Having so few teams makes the comp repetitive.

But starting up new teams costs money, and who’s going to stump up the cash?

Basketball is strong in Perth, with the Wildcats selling out Perth Arena on a regular basis. A second team, with a few local derbies, would grow that interest. Fremantle are keen.

Melbourne United have recorded crowds far bigger than the Tigers were getting in their dying years. Melbourne have had multiple teams in seasons past, and Collingwood, and possibly other clubs, have an interest in filling the void.

While basketball has had a resurgence across much of Australia, Sydney has missed out. The Kings remain stagnant, on and off the court. Is there an opening for a second Sydney team to build a rivalry and succeed where the Kings have failed? If there is, GWS would surely be interested.

But it’s not going to work unless both sports within a club respect each other. And no poaching.

Dean Brogan, who won an NBL championship with the Adelaide 36ers before switching to AFL and winning a flag with Port Adelaide, has warned AFL clubs that this isn’t going to work if the football team entices basketballers over to the AFL division.

Players like Brogan and Hugh Greenwood, along with AFLW premiership captain Erin Phillips, have switched from AFL to basketball, while the likes of Jesse White and Craig Moller have gone the other way. But while AFL has often recruited ruckmen with a basketball background, if a club was to regularly raid their basketball team to produce footballers, it wouldn’t be a good look.

There’s an opportunity. At this time of year, when AFL is out of season, this keeps the club running and becoming a year-round operation. The facilities, coaching and fitness staff, and other infrastructure are there for basketball teams to access.

There’s a lot more basketball on TV than there was a few years ago, but ratings aren’t great.

Getting AFL clubs involved has the potential to get their fans to tune in, delivering a substantial boost to the ratings, and thus dollars from TV rights.

It hasn’t always worked. AFL investment in the old National Soccer League in the 1990s was a disaster. Collingwood lasted just one season, while Carlton were sold and then gone within a few years.

It’s hard to imagine an AFL club fielding a team in the A-League. It happened in the NSL days, but that’s long gone. And while NBL boss Larry Kestelman is open to AFL investment in the NBL, I can’t imagine the FFA being so accommodating.

And could it go beyond netball and basketball? Is this a way for a sport like European handball to get a foothold in Australia?

In the absence of any live sport while the globe fights the COVID-19 pandemic, I will continue to revisit some of the most memorable matches between the two sides that would have met this weekend. In this flashback we will revisit three famous preliminary finals, while there are also huge victories by the Brisbane Lions, […]