Chandika Hathurusinghe came as a ‘Messiah’ that would deliver redemption for Sri Lanka Cricket.

However, his initial foray with a listless team devoid of motivation has reminded Sri Lanka’s cricket fans worldwide that it will take time and patience to turn things around for the once-feared nation.

Proof of how bad the team has slumped to is in the evidence that former minnows and whipping boys of the game such as Zimbabwe and Bangladesh are now looking at the former ‘kings’ of the limited over format with callous disdain as they push them to the verge of elimination in a one-day tri-series in Bangladesh.

If this tournament was a test of who the new cellar dwellers of the game are, Sri Lanka have by now shown the world a worrying sign that they are incapable of beating anyone on a regular basis. Even Afghanistan may be relishing the opportunity of adding more pain to their battered and bruised reputation.

Hathurusinghe has, perhaps reluctantly, accepted his role as head coach of a nation renowned for its internal political meddling which has an impact on team selection and the best combinations. It is believed that he has demanded a free hand and no interference with his responsibilities. He has identified key areas where the team has issues and if allowed, may in time be able to reverse some of the frailties that has affected team morale.

The former Bangladesh coach – who has gained tremendous respect worldwide for what he brings to the game as a coach – has painful memories of his past with Sri Lanka Cricket where as an assistant he was sacked for unknown reasons and spurred on to prove his detractors wrong. He has done this in no uncertain terms taking once minnows Bangladesh to being one of the most feared opponents in the game.

As Sri Lankan fans vent their spleens in disgust at the team’s current trend, they will do well to remember that many of the greater nations who have played this great game have been through similar stints in the past and have risen from adversity.

Sri Lanka is certainly not lacking in talent by any stretch of the imagination. Where they are letting themselves down is in their execution which lacks consistency particularly their batting which is the current talking point.

Seasoned campaigners such as Dinesh Chandimal, Dimuth Karunaratne, Kusal Perera and to an extent former skipper Anglo Matthews have failed to make that next step as successors to Mahela Jayawardena, Kumar Sangakkara and Tillekeratne Dilshan who carried Sri Lanka’s batting fortunes for decades until retirement. 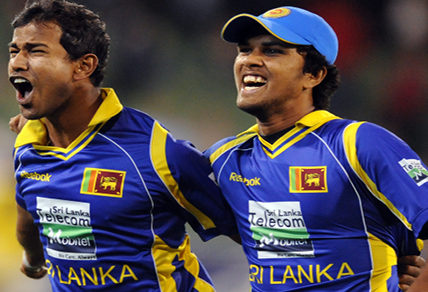 Inconsistency from the named incumbents is the main reason for Sri Lanka’s pathetic plight. In the one-day squad, only Matthews and Upul Tharanga have been the mainstays in their batting apart from emerging players such as Niroshan Dickwella and Dhananjaya De Silva. Chandimal, and Thisara Perera who promised much as future stars of world cricket have been sadly disappointing in this respect.

What is clear is that their bowling is as toothless as an aged Lion, and it being the symbol of their nation, queries lie around the talent scouting and coaching of the available talent. There is also the question of whether the best bowers are in the current squad with some outstanding emerging talent being shuttled in and out of the team.

Another reason for the underperforming Lankans lies in the constant team changes which has definitely impacted on the mindset of the players who are pressured to perform for fear of being discarded if they do not deliver. This is a psychological drawback to young minds and proper counselling channels within the team administration is key to addressing these issues.

If the gap in the game between the best and the rest is any indication, India’s current flogging by South Africa and England’s hammering by Australia in the Tests are clear indicators of how bad Sri Lanka are after their demolition by the Indians at home and away recently.

Patience, experience and a sensible game plan by the new coaching staff need to be backed up by execution, and to achieve this the new men at the helm will have their work cut out toinstilconfidence and proper work ethic in the inexperienced line-up as they attempt to claw their way back to where they were in the Sangakkara, Jayawardena, Jayasuriya, Dilshan, Vaas and Muralitharan era.