Why I feel cheated by Australian cricket

Melbourne: Friday, 31 March 1995 – 02:00: A radio alarm started abruptly – but at almost muted volume – waking only one person in the house. The little boy sat up, carefully turned off the radio and reached for his mini flashlight.

He navigated through the bedroom and down the corridor into the family room, arriving at the TV unit where he picked up the remote.

After turning the television on, he immediately reached down. The boy fumbled the remote at its base for the ‘volume down’ button, as the channel-changer had lost that functionality on one of the numerous occasions it had been dropped by the young lad.

Television on. Operation successful. He smiled. The result: to watch Australia take on the mighty West Indies in the Caribbean.

The boy had tasted Test cricket for the first time during Australia’s 3-1 Ashes triumph on home soil only two months earlier, and he loved every minute.

It was the atmosphere, the strategy, the ebb and flow over five days, the fact that you were neither winning nor losing and that every position was salvageable.

He was just learning the game but somehow knew this series would be special. Everyone was talking about it. Shane Warne and Glenn McGrath versus Brian Lara and Carl Hooper. The Waugh brothers versus Curtly Ambrose and Courtney Walsh.

He sat on the couch and took it all in, making sure he slipped back into bed at 6am to beat his parent’s alarm that sounded shortly thereafter.

And with that – a lifelong Test cricket fan was born. 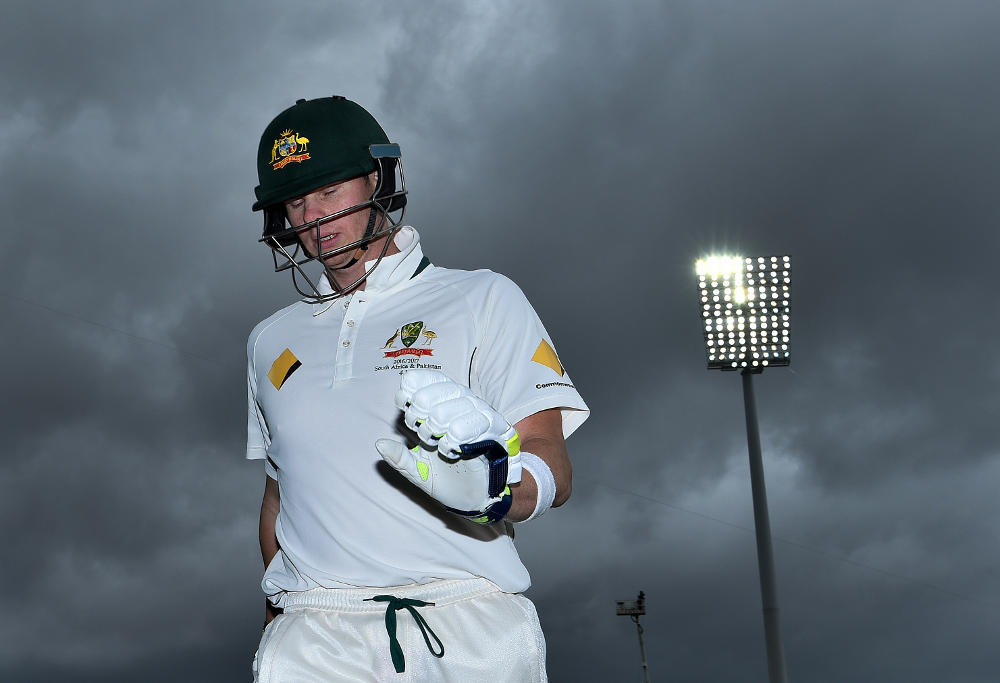 This repeated day after day over the course of four Test matches. The series was as epic as advertised; its enduring memory for the boy was Steve Waugh’s series-winning double hundred in the final Test at Sabina Park in Kingston while at the other end, his brother Mark was playing shots that looked more attractive to the eye.

He appeared to give everything he had for his country each time he crossed the line. In the previous Tests, Waugh just put his hand on his hip and smiled when he took blows from Ambrose and Walsh.

He seemed unflappable, unbreakable and unrelenting. On this day the tide turned, the West Indies eventually wilting to his characteristic back foot drives and punches.

Shortly after the series, the boy put a newspaper clipping above his bed of the iconic moment capturing Waugh staring down Curtley Ambrose. Throughout his adolescence, it reminded him what it took to succeed: dedication, perseverance and courage.

Now grown, he revels in champion players fighting themselves out of situations that seem hopeless. For Test cricket affords that opportunity, for those of strong mind…

This is my single biggest disappointment of the events at Cape Town over the weekend. There would have been children staying up to watch their heroes like me all those years ago.

Children whose opinions will forever be etched with this moment. Parents grappling with the inevitable question ‘why did they do it?’ The subsequent thought: ‘what sort of dressing room promotes cheating to win?’

For this was not a moment of madness. There was calculated intent – by multiple people. I doubt we’ll ever know exactly who knew and ditto to if it’s been used as a ‘tactic’ before.

Put simply, the Australian Cricket culture appears rotten, beginning from the core. Unfortunately, it puts into question the team’s legacy before and will do so for any subsequent side to take the field.

The phrase “deeply regrettable” does not even scratch the surface of what I’m feeling. Today, I’m ashamed to support the Australian Cricket team.