“I disapprove of what you say, but I will defend to the death your right to say it” – Evelyn Beatrice Hall.

“It is better to keep your mouth closed and let people think you are a fool than to open it and remove all doubt.” – Mark Twain

Both of these sentiments are directly relevant to Israel Folau right now.

The best thing about that whole situation is that it is Rugby Australia’s problem and not in the NRL’s court at all.

And that’s the way it should remain.

However, as soon as the code-hopping lad from Minto (that’s in Queensland!) made it clear that he’d walk away from his lucrative Rugby Australia contract if necessary rather than retract his views, there have been plenty of murmurs about him being snapped up by NRL clubs.

Let me make something perfectly clear to you Israel: The NRL doesn’t want you. Keep walking.

Firstly, he walked out on league in 2010 for the wads of filthy lucre that the AFL threw at him. While he was far from the worst AFL player I’ve ever seen, I think we can all agree that it was a wasted two years for him and his prodigious talent. 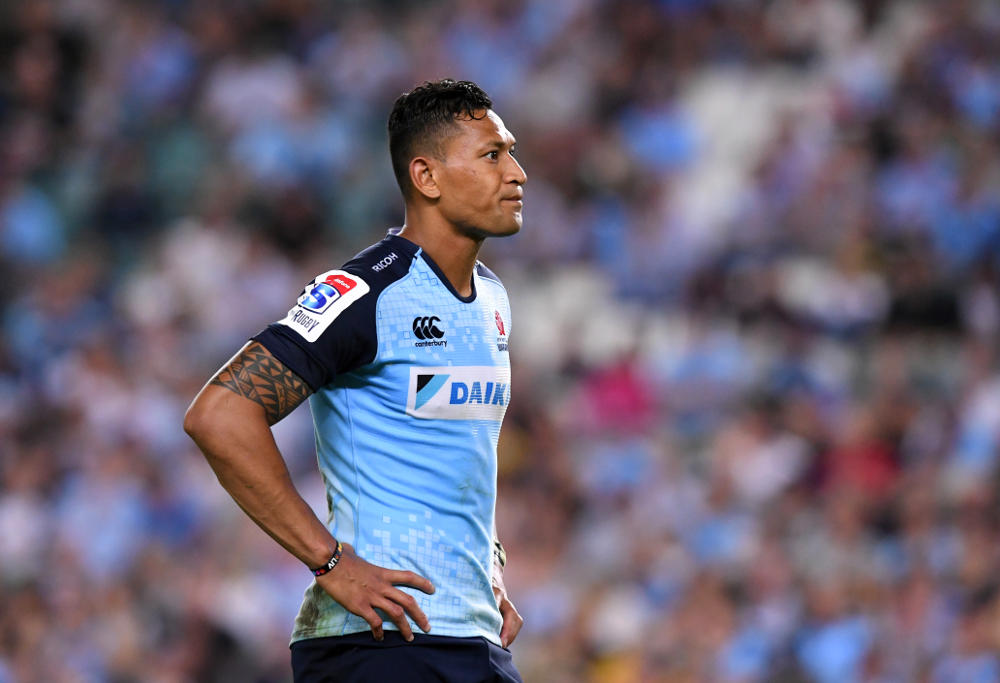 Then he decided on rugby union – not league – when he brought the curtain down on his Aussie rules foray.

The idea – now he is embroiled in a public relations disaster purely of his own making – that NRL CEO Todd Greenberg would be in a lather to ratify any contract for Folau to play NRL is laughable.

Greenberg is fervently trying to shift the NRL narrative to talking the game up. And right now he has plenty of goodwill and public support for what seems to me like the first time in his reign.

This year he has already had to contend with the Matt Lodge furore, as well as the mooted Todd Carney comeback.

And even if Greenberg did decide to register a Folau contract, you can bet it would have distinct conditions attached to it. Just like you’d expect Lodge’s and Carney’s contracts would have strict conditions about no alcohol, violence or misbehaviour, it’d be a pretty good bet that Folau would be required to keep his homophobic beliefs firmly to himself.

The very fact that Folau is prepared to walk away from his lucrative rugby contract rather than retract his statement that all homosexuals will go to hell is a very clear indication that he is highly unlikely to cede to any such stipulation.

And the NRL has come too far in relation to diversity and inclusion to blow it all by recruiting a walking public relations meltdown. 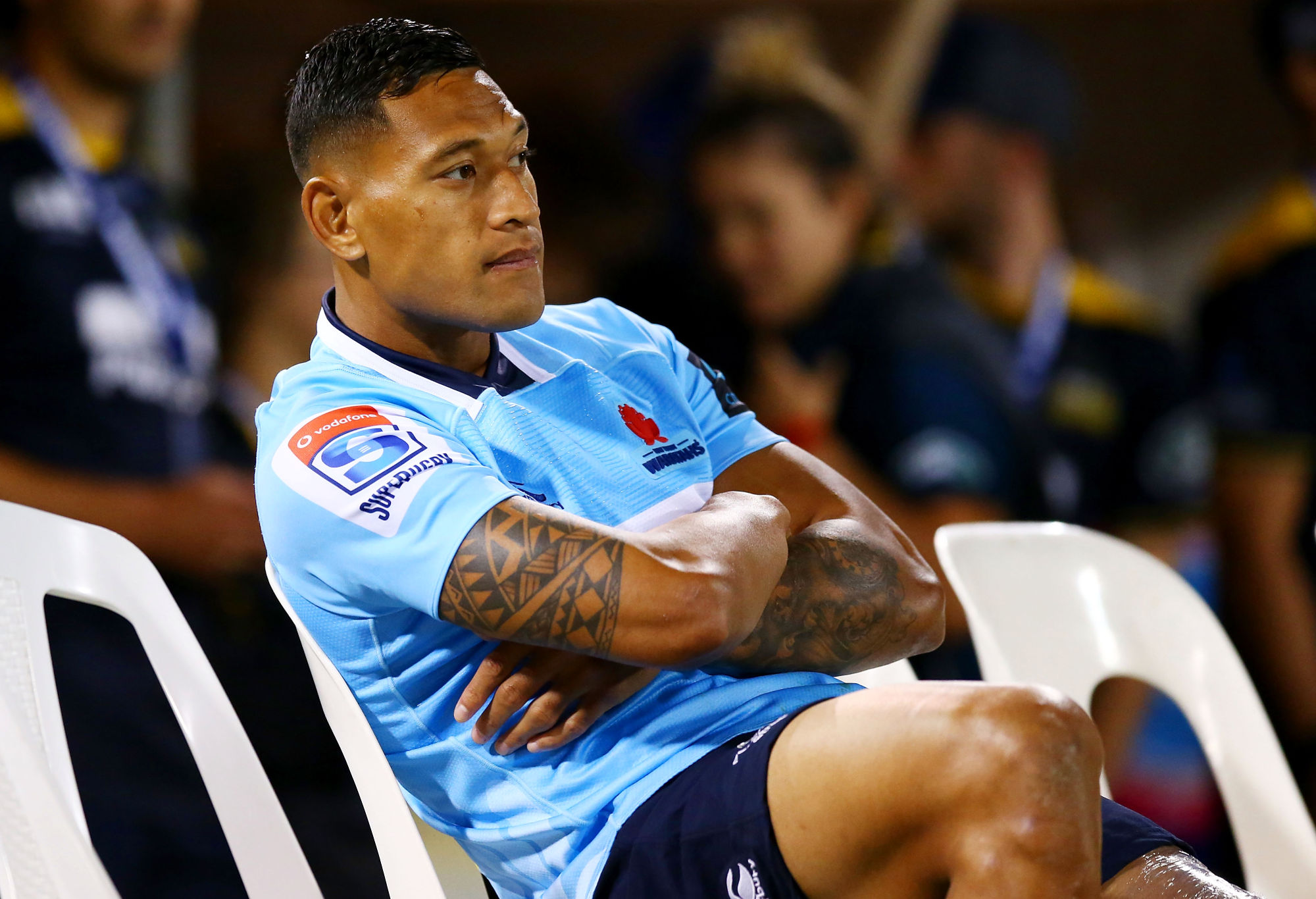 Of course I’ve heard many voices in the Twittersphere arguing that Folau has done nothing wrong whatsoever.

The chief lines people are using to defend Israel Folau’s homophobic public stance is that he is:
a) entitled to his own views
b) not hurting anyone and that
c) it’s nothing to do with his job.

a) is certainly correct. While, unlike in the United States of America, freedom of speech is not a right guaranteed by law in Australia, we all assume and act like it is. That’s a good thing.

So yes, Israel can sprout his homophobia publicly. I don’t think he should say such ignorant and hateful things, but he can say them – as long as he’s not inciting vilification or violence of course (and some could argue that he is).

b) is most certainly not true. Folau’s comments do hurt people. Every time someone comes out and says that homosexuality is wrong, immoral, bad, etc it has the capacity to deeply hurt the mental health of homosexual people. Just consider the words of Welsh Rugby World Cup referee Nigel Owens – who struggled with his homosexuality to the point of attempting suicide in his youth:

“When you’re in a position of privilege like [Folau is] there comes a responsibility with the way you convey those beliefs…There are young people out there taking their own lives, feeling like I did…And that’s what I wish people would think about and the way they convey their opinions.”

I myself was vilified, attacked and ostracised during high school for being gay. Ironically the primary antagonist was the big football star/bully in my year who – decades later – came out of the closet himself.

While part of me would like an apology, the truth is that I’ve already forgiven him. Imagine the pain he was in. However, at the time all I knew were the attacks and vilification. It was horrible. I was resilient enough, arrogant enough and stubborn enough to live through it.

That I wasn’t actually gay was beside the point. But make no mistake: it was the lowest point in my life and the only time when I’ve considered suicide. If I’d heard Ray Price or Peter Sterling say things like Folau has it wouldn’t have helped.

That’s just dumb. In the NRL our undisputed best referee – Matt Cecchin – is gay. He’s a superb and brave referee. Possibly the best since Bill Harrigan. He has the total respect and support of the clubs and NRL HQ.

I don’t know what workplaces the people pushing the ‘it’s nothing to do with his job’ argument operate in, but you can’t be coming into the NRL workplace and disrespect our people and expect it to fly.

Down in the Canberra the women’s rugby league competition is named after Katrina Fanning who is herself proudly gay. A finer human you won’t meet and I’m proud to have worked for her. But Israel says that the rugby league legend is damned to eternal hellfire.

How is that nothing to do with his workplace if he came back to the NRL? How do we justify bringing Folau back into the NRL to Katrina?

Secondly, who on earth is so damn stupid that they make statements like Folau did when the CEO of the Wallabies major sponsor Qantas – Alan Joyce – is openly gay.

Talk about biting the hand that feeds you.

Some people are actually slamming Joyce for using his position as Qantas CEO to push what they see as his own agenda.

That’s like saying Martin Luther King Jr shouldn’t have used the position afforded to him as a reverend to push the civil rights agenda. It’s like saying Rosa Parks should have gone to the back of the bus because the job she was going to had nothing to do with public protests for equal rights.

I guarantee you that Qantas is dedicated to diversity and acceptance and has a detailed policy to support their position. It’s only right that Joyce would stand up for those values and demand that organisations they sponsor also reflect those values.

Does Israel have any idea how hard sponsors like Qantas are to find right now? Does he have any conception that being openly associated with a homophobe may damage their income generation when gay people actively take their business elsewhere? And there are lots of people who are gay and fly places regularly. Do you think Qantas should be fine with Israel jeopardising that chunk of their business?

And do you think the NRL’s major sponsor, Telstra, wants to be associated with Folau’s views either?

Do you think they’d be very happy if Folau came to play in the competition they sponsor? I can guarantee you that Telstra is committed to diversity. 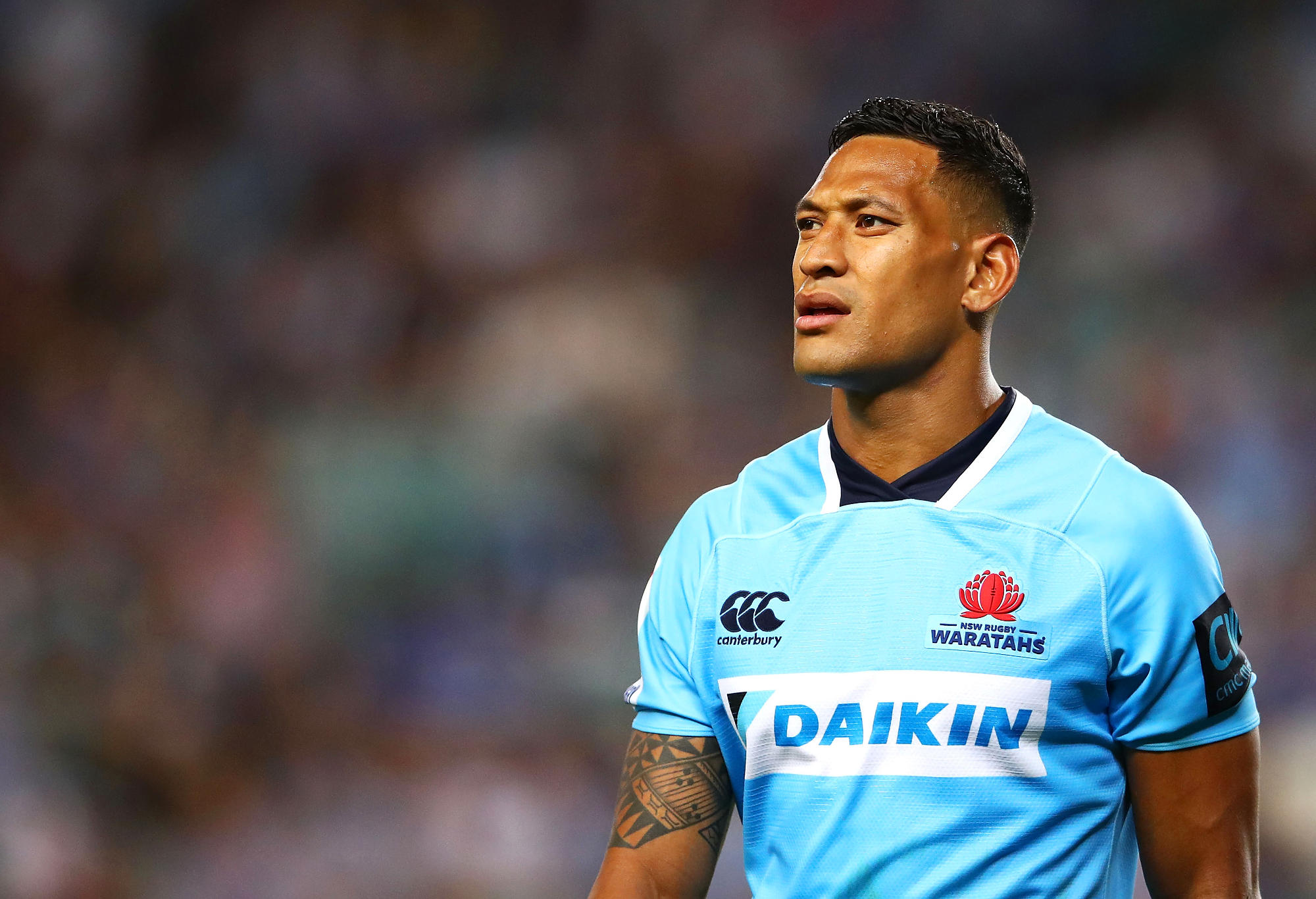 NRMA has not had a good time of it in regard to Matt Lodge at the Broncos and it is a lesson that NRL HQ will have learned very well. My bet is that they’ll be loathe to repeat the mistake with Folau.

So Israel Folau can say whatever he likes. He can choose his principles and stand for them as firmly and stupidly as he wishes.

However, if he was planning on coming back to the NRL with those publicly stated principles in tow, well he should just keep walking.