Waratahs crash back to the pack

The Australian Conference leaders the Waratahs have crashed back to earth with a thud.

Defeated by the Lions from Johannesburg, 0-29, a great big doughnut in front on their home ground.

The Lions are a quality side and played well. The Tahs started strongly dominating possession and field position but were unable to trouble the scorers with excellent defence from the Lions, some critical turnovers and some poor decision making by the home team.

Coming into this season, the majority of the Waratahs fans that post on this site were dubious about the quality of the squad. The concerns were widespread.

A lightweight pack without enough of ability for and attention to the ruck, an underpowered loosehead scrummager and a lack of forward power runners to generate momentum in tight.

In the backs, although they were undoubtedly going to be able to score some fantastic tries if they got good ball, their defence was questionable and there were concerns about their kicking game with Bernard Foley not renowned for a big boot and their fullback not a noted kicker either.

Early season the ball security at the breakdown was as vulnerable as feared.

However, a win over the Stormers, draw to the Sharks and a loss to the Jaguares meant after three rounds they had a pass mark heading into their first round of conference games.

The Waratahs looked outmuscled in the first of those games against the Rebels before a storming half of rugby saw the backline really unleash for the first time in the season. Wins against the Brumbies, Reds and Sunwolves followed.

The Waratahs had seemingly fixed their ball security issues. They were turning up to rucks in numbers and displaying a number of strings to their bow.

Against the Rebels, Michael Hooper started driving his fellow forwards into contact to alleviate the tight running issues.

Foley kicked for Israel Folau to gain possession and territory, Taqele Naiyarovoro was brought on to the wing and started swatting away defenders, Curtis Rona moved into outside centre and stiffened up the defence while improving his running threat, but most of all Bryce Hegarty joined at fullback.

Hegarty’s inclusion added a kicking option to complement Kurtley Beale and Foley, he also reads the game very well and displayed strong positional play both when the Waratahs had the ball and when the opposition did. He added a quick set of hands in wider channels to help shift the ball to the strike runners.

They didn’t sit on their laurels, displaying other options as they faced other Australian Conference teams.

It was very noticeable in the match against the Reds that they were counter rucking in numbers, using short passing among the forwards to shift the point of contact and that Beale was stepping into the first receiver to throw wide passes to Foley to spark attack in wider channels.

The Waratahs game plan started to click, their coaching staff credited greater patience with the ball but this poster always thought the critical change was the ability to hang on to the ball, recycle quickly and give the backs the platform to attack.

Having won four on the trot the Lions loomed as an excellent test.

The South African conference leaders, in Sydney for the first match of their travel leg. Here was an opportunity to see if the team was the real deal.

In hindsight, the change in ability to hang on to the ball seems to have stemmed from the quality of the opposition.

Here the Waratahs came up against a tournament heavyweight and kept it 0-0 for twenty minutes. From that point on they were never in it. Their possession dried up, I started counting midway through the second half and estimate there were eight or more ruck turnovers to the Lions.

Hooper became a bit of a lone hand in trying to contest and slow opposition ball. For most of the match, the Tahs threw three players into ball security while the Lions were able to recycle frequently with only one man over the ball.

The quality of play and possession showed as the Lions racked up points and the Tahs began to implode. 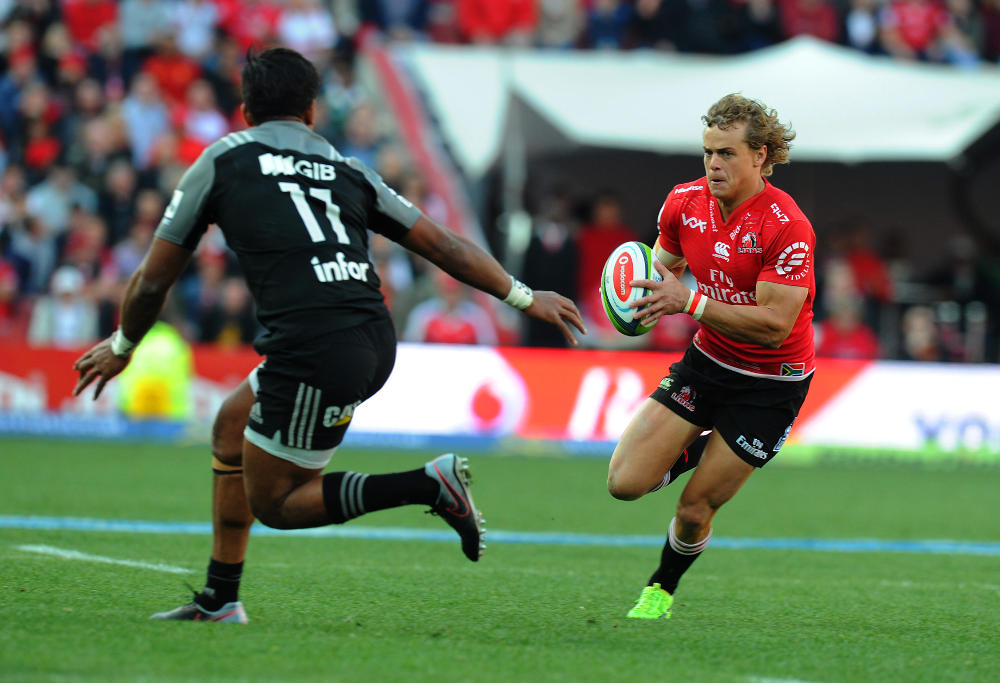 Brett McKay wrote earlier in the week about the second half fades of the Aussie conference teams. The Waratahs were the exception to the rule.

However, here we saw them play 20 strong minutes of rugby but not get the points they wanted and as the score began to mount the other way their heads dropped. They went away from a game plan that had stressed the Lions and allowed the opposition to completely dictate the pace of the game.

The Lions pushed the pace until they had scoreboard dominance and then slowed it down.

The passion for the jersey and desire to play the full 80 that had been on show this season appeared to dissipate, despite the histrionic chest thumping at the end after Franco Mostert went after Phipps for throwing Nic Groom to the ground in a questionable manner.

The Waratahs have the bye this week.

Are they as bad as the Lions made them look? They got dominated at the scrum and ruck. Their lack of forward carriers was exposed as they asked Naiyaravoro to make the tight carries and he was easily contained and turned over.

Does this mean the Australian conference is even worse than we may have feared?

Is this a blip on the radar or is the coming four-week stretch that goes, home – away – home – away against the Blues, Crusaders, Highlanders and Chiefs about to expose the cracks in this Waratahs side that many of us thought were there?

This lightweight pack has outperformed their conference on the first meeting, something I didn’t think they could do.

Having seen what the Lions did to them, can they counter and lift again or will we see their heads drop and some big scores against them in the coming weeks?