Why cancelling the Bangladesh series will hurt Australia on the field

Cricket Australia’s arrogant decision to cancel the scheduled two-Test series against Bangladesh in August is not only hugely disrespectful to the Tigers but will also hinder the Australian Test team.

CA’s announcement last week was the continuation of their shabby treatment of low-profile teams Bangladesh and Zimbabwe, neither of whom have played a Test in Australia since 2003.

This 15-year drought was scheduled to end in three months but Bangladesh’s Test series in Australia has been cancelled because Cricket Australia thought it would prove a financial burden.

While CA released a statement claiming the cancellation had been a mutual decision with the Bangladesh Cricket Board, the BCB chief executive has since described the situation as “really disappointing”.

Nizam Uddin Chowdhury told Reuters CA had informed the BCB the series was “not financially viable due to the off-season”.

If that statement is true it represents a pathetic cop-out by CA. They are one of the three richest cricket boards in the world and recently signed a monster $1.2 billion broadcast deal. CA could well afford to take a rare financial loss for the good of cricket.

The Board of Control for Cricket in India has received heavy flak in Australia for refusing to play a day-night Test in Adelaide this coming summer.

The BCCI has also been pilloried, and rightly so in this case, for their decision to omit most of their starting players, including captain Virat Kohli, from their one-off Test against Afghanistan next month.

Yet the BCCI also deserve high praise for hosting a match against the newest Test nation. Afghanistan only recently gained Test status yet India agreed to let them play their first-ever such match in India’s backyard. Meanwhile, Australia won’t even host matches against teams in Bangladesh and Zimbabwe, who have had Test status for eons.

It’s not just hosting which is the issue either – CA don’t like playing the lower-profile Test nations home or away. Australia haven’t played a Test against Zimbabwe in 14 years, and have played only two matches against Bangladesh in the past 12 years. 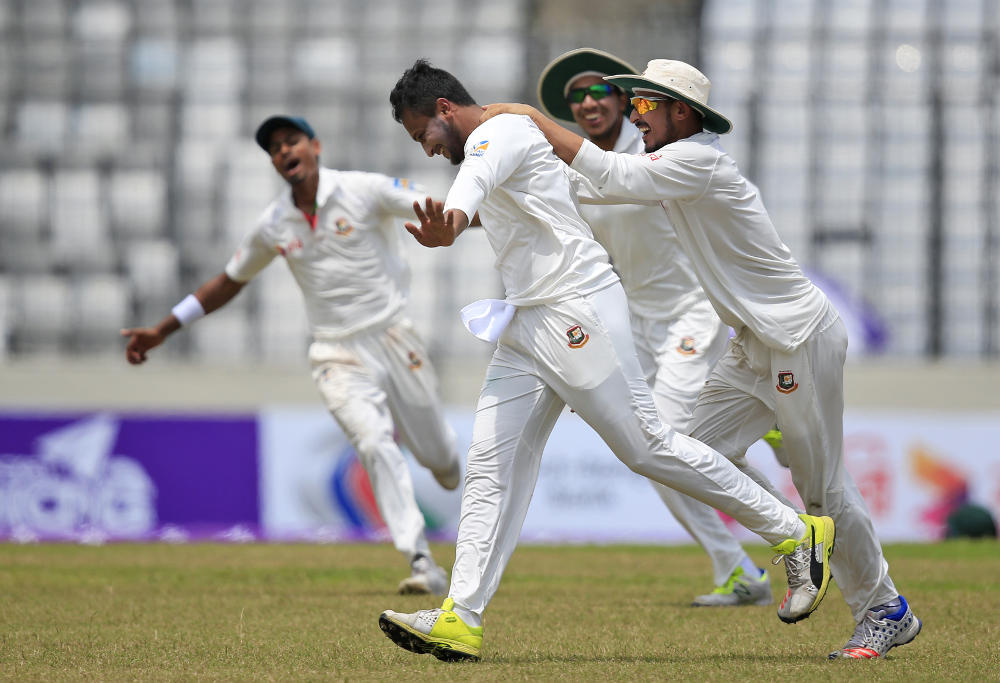 CA regularly claims it values Test cricket highly. If that was true then they would recognise the need for the development of teams like Bangladesh, Zimbabwe and newcomers Ireland and Afghanistan. The most obvious way these teams can improve significantly is by playing against the top teams.

In reality, CA seems to view these lower-profile Test teams as a nuisance. It’s hard not to feel they’d happily play blockbuster series against England, India and South Africa on a loop, never again stooping down to interact with the commoner teams.

Even the obvious advantages to the Australian Test team weren’t enough to convince CA to fulfil their obligation to host Bangladesh. The rebuilding Australian side would have had a huge amount to gain by playing two homes Tests against the Tigers.

Australia have some very tough Test series over the next 16 months, with a tour against Pakistan followed by hosting the world’s number one Test team India, and then the Ashes in England.

In disarray after losing three players to the ball tampering scandal, a two-Test home series against a modest opponent would have been a perfect tune-up for Australia ahead of the series against Pakistan in October.

Australia’s overhauled top six, which has three new members, surely would have benefited greatly from having more time to gel. Playing on home pitches against Bangladesh’s limited pace attack would have been a prime opportunity for this batting line-up to build form and confidence.

Instead, they will be vaulted straight into the furnace in the UAE, where Australia’s batting line-up floundered on their last Test tour four years ago. If those batting struggles are repeated in October, Australia will enter the home series against India ripe for the picking.