How long can the proposed National Sports Plan survive?

The Australian Government is due to release the long awaited first official National Sports Plan in the next few months.

I have concerns about the future of the plan and not necessarily its direction. Why?

The increasing political instability in Australian Governments and the more frequent turnover of leaders in government and non-government sports organisations gives me cause for concern – both these will need to implement this long-term plan.

Higher investment into sport that was implemented by Australian Government organisations such as ASC and AIS led to increased Olympic and Paralympic success from late 1980 to mid-2000s. It also led to investment into significant long-term programs – Aussie Sport (modified sport) and the Australian Coaching Council – both provided important foundations for sports participation.

State Governments also provided higher levels of investment in sport during this period.

Since the election of the Rudd Government in 2007, there have been eight sport ministers. This merry-go-round could be correlated to the downturn of Olympic and Paralympic success.

Interestingly when the Rudd Government was elected, Kate Lundy – who was the Australian Labor Party’s Shadow Minister for Sport since the late 1990s – was not appointed the Minister. The role was given to rookie parliamentarian Kate Ellis.

Ellis’s early response was to appoint an Independent Sport Panel led by David Crawford in August 2008, but it was not until May 2010 that the Rudd Government responded to the Panel’s report with its new policy ‘Australian Sport: The Pathway to Success’.

Some of the high-performance parts of this sport policy did not last long with the ASC announcing, ‘Australia’s Winning Edge 2012-2022′ (December 2012). Major components of Winning Edge included top five Olympic/ Paralympic medal table targets and the abandonment of the AIS operating sports programs.

A question raised with this strategy was what to do with AIS sports medicine and sports services in Canberra that had supported the AIS programs. It was not until May this year that the ASC/AIS finally made a definitive decision on these services. Also in December 2017, the ASC announced it had moved away from Australia’s Winning Edge strategy – so it lasted only five years not ten years.

There was stability in ASC CEOs for many years – Greg Hartung (1983-1988), Jim Ferguson (1990-2000) and Mark Peters (2001-2008). I have observed the more frequent turnover Olympic national sports organisations leaders (Presidents, CEOs and senior staff) and this makes it very difficult to implement any Government sport policy due to constant change and lack of corporate knowledge.

To me the only stability in the system in the last ten years has been in the leaders of state institutes of sport.

Maybe one of the reasons the AFL has been able to significantly develop their sport has been their stability at the top: Chair Mike Fitzpatrick (2007-2017) and CEO Andrew Demetriou (2003-2014). 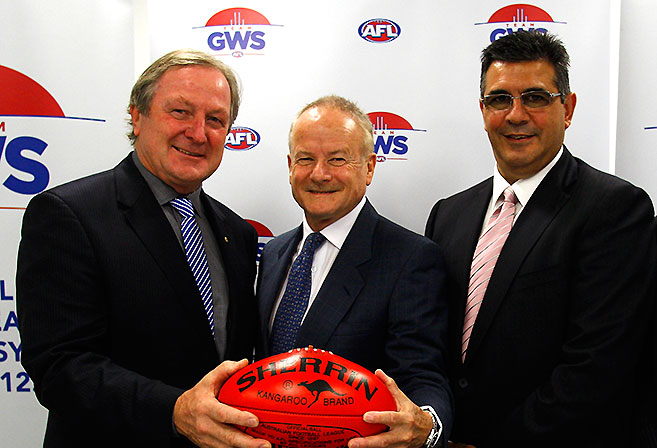 In my observation, the best and most effective Australian Government sport policy implemented was the ‘Olympic and Paralympic Athlete Program’. On 24 September 1993, Sydney won the right to host 2000 Olympics and in November 1994 the Hawke Government announced additional funding of $135m over six years for the Olympic and Paralympic Athlete Program.

This program was immediately implemented by ASC/ AIS with strong support from AOC, APC, state institutes of sport and national sports organisations. It was strongly supported by Howard Government elected in 1996 even though it was making significant cuts to government expenditure.

What sport needs is strong bi-partisan support in developing sport in Australia and more knowledgeable and committed politicians that hold a long-term candle and vision for sport and don’t see it as stepping stone in their parliamentary career.

It also needs leaders at the government and non-government level to have a longer-term commitment to their organisation and sport. It this occurs maybe a National Sports Plan will have a greater chance of succeeding.

Will any new incumbents to these positions be committed to the new National Sports Plan or will they have their own direction?

Do we need a Prime Minister who has a passion for what sport can do for Australian society? (Bob Hawke and John Howard are recent examples).

Finally, there is a ten year or 10,000 hours rule in developing elite athletes – this should be replicated in sport policy.