The Socceroos draw the World Cup ‘group of death’ again

Australia are the unluckiest football team on the planet; they always draw the ‘group of death’.

So unfortunate we are, it could be suggested that there is an international footballing conspiracy against the Socceroos. It is too coincidental that once again, the World Cup draw has produced a lousy lottery result.

Ever since the Johnny Warren led Socceroos of 1974 faced the intimidating prospect of both Germanys – East and West – and Chile in order to advance, the national team has been well and truly shafted.

To our credit, we have coped with FIFA and their transparent attempts to eliminate us as early as possible from the tournament and even managed to navigate our way beyond the group stage in Germany in 2006.

The world body obviously doesn’t want us there and continues to stack our group with football powerhouses. It is clearly choreographed to ensure that the Socceroos never march off into the sunset with the World Cup trophy.

2006 saw our boys face the might of Brazil, the slick Croatians and our arch enemy Japan. 2010 was no better with Germany, Ghana and Serbia offering another hellish group and the pattern continued in 2014, with the squad given little or no chance after drawing Spain, Chile and the Netherlands. 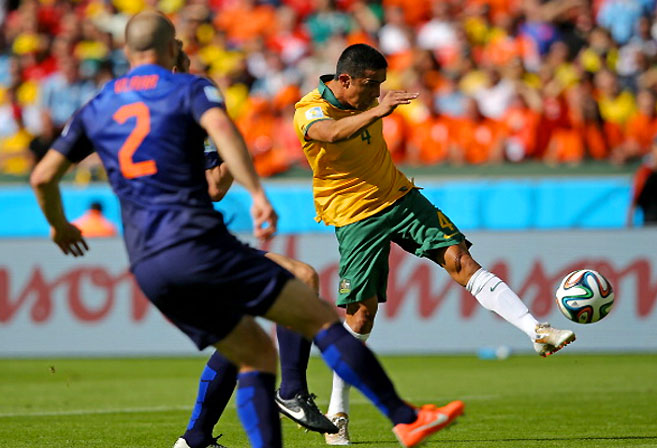 This time around it is France, one of the pre-tournament favourites, as well as Peru and Denmark.

For the fourth World Cup in succession, it is an undeniable ‘group of death’ and a scenario that other countries avoid by getting lucky with soft draws!

Hopefully, by now, you have identified the presence of a tongue firmly planted in a cheek with these opening remarks, because I always get a chuckle when I hear over-analysis of the draw.

Hypothesising on results, potential crossover matches and the relative strength of a group opposed to another is mostly guesswork and has no bearing on Australian football whatsoever.

The simple reason being, every group into which we are ever pooled will be our group of death. As a nation that hovers somewhere around 30th to 50th in the FIFA world rankings it is just how it should be.

I often hear people hope for a lucky draw with just one ‘weaker’ team in the four, so the Socceroos have a better chance of progressing through the first stage. I then ask them to identify the so called ‘weaker’ teams that might fit that billing.

There are no weak teams in the World Cup. There might be the odd side that looks a little weak to Brazil or Germany, but to the Socceroos, they all look as bloody difficult as each other.

It is what the World Cup means to us as fans and the Socceroos themselves: a death-defying mission with only a remote chance of success and many potential casualties along the way.

However, we wouldn’t have it any other way. We live the pain, the challenge and the glory of participation all at the same time.

As we scratched and crawled our way through qualification last year, (I just had a little hair standing moment, remembering Mile Jedinak running towards me after that second penalty) we saw exactly what a few of those supposed ‘weaker’ teams are capable of. 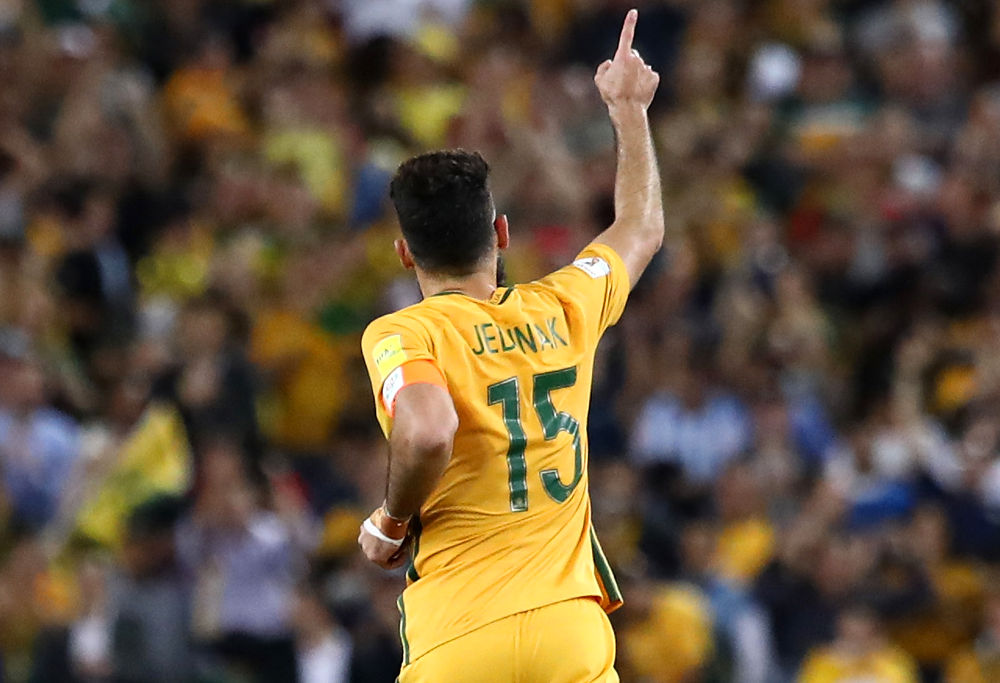 The now 76th-ranked Syria went about their work with passion and purpose, led the Socceroos and scared the living you know what out of them. The bouncy 122nd-ranked Thais did even more than that and but for two Jedinak penalties, had the points against us at home.

These are just two examples of so called ‘weaker’ teams that, as you know, failed to qualify. Based on that evidence, we are lucky to be there at all.

Never forgetting two significant threats in Asia, Japan and Korea Republic who sit at 60th and 61st in the current rankings. According to those rankings, they are another two of the so called ‘weaker’ teams in the World Cup yet both qualified automatically and cause headaches for the Socceroos each and every time they meet.

In reality, Australia’s group of death is the entire planet.

Perhaps in 35 years when I am sitting in a very state of the art chair with a microchip inserted in my finger that changes television stations, the Socceroos might be in an ‘easy’ group.

Maybe our newly non salary-capped league, international superstars playing abroad and status as a top ten powerhouse of world football, makes us a seeded nation heading into the 2054 World Cup in Fiji.

Veteran manager Matt Simon might have the team humming and captain Tim Cahill junior could be primed for one last hurrah.

As fanciful and ridiculous as all that sounds, it is exactly the kind of absurd, futuristic scenario required if the Socceroos are ever to be deemed part of an ‘easy’ or ‘weak’ group at the World Cup.

Group C in Russia certainly isn’t one, neither will be our group of opponents in Qatar, if we manage to qualify.

It is highly likely that the Socceroos will be in a group of death for the next hundred years or so.

Except for Italy and the Netherlands this is; they are no threat. They missed out, but we didn’t.