The Cleveland Cavaliers are stuck between and rock and a hard place.

After being swept by the Golden State Warriors in the NBA Finals, they face an uphill battle to re-sign the greatest player in franchise history LeBron James.

The four-time MVP has been linked with offseason moves to several teams including the Houston Rockets, Los Angeles Lakers and Philadelphia 76ers.

It’s unlikely that James stays with the Cavaliers, but not entirely impossible. Cleveland holds the eighth pick in the stacked 2018 NBA draft, and if the team’s front office is proactive in making a trade for another all-star calibre player, LeBron might just consider staying.

Here are three potential trades the Cavaliers can make to keep LeBron James in Cleveland.

The Michael Jordan-owned Charlotte Hornets have been stuck in a period of mediocrity for years. Charlotte’s payroll is stacked with terrible contracts and with the team failing to make the playoffs for the sixth time in eight years. The offseason appointments of Mitch Kupcak as General Manager and James Borrego as Head Coach could see the Hornets fully embrace a tanking period.

The Hornets have been exploring trade options for All-Star guard Kemba Walker since the past season’s trade deadline. With a $12 million contract, the franchises all-time leading scorer rests as Charlotte’s sole tradeable asset. Pairing Nicolas Batum’s contract with Walker would clear around $99 million in cap space over the next four seasons.

They would also receive a developing replacement for Walker in Jordan Clarkson, a prospect in Cedi Osman, a potential star in the eighth pick in a stacked 2018 NBA draft, and the infamous J.R Smith.

In Walker the Cleveland Cavillers would get an ideal replacement for Kyrie Irving. Since being drafted together in 2011, the pair has regularly been likened for their scoring ability as point guards. Last season, he averaged 22.1 points per game and 2.9 threes per game and could thrive as a second option behind LeBron James.

Nicolas Batum offers an upgrade on J.R Smith. The Frenchman has a respectable three-point percentage and is regarded as a highly skilled defensive player. Batum could serve as a versatile starter for Cleveland and, alongside Walker, could perhaps force LeBron to consider staying in Cleveland.

After trading away superstars Chris Paul and Blake Griffin, the Los Angeles Clippers missed the playoffs for the first time in seven years. The team is reportedly targeting Slovenian Luka Doncic in this year’s NBA draft, and currently hold the 12th and 13th picks.

Center DeAndre Jordan remains the last member of the ‘Lob City’ era in Los Angeles. Should he opt-in to his player option for the 2018-19 season, it wouldn’t be surprising to see the Clippers pursue a trade for the 29-year-old.

Trading Jordan would free up $25 million in cap space to re-sign guard Avery Bradley and provide Los Angeles with some additional assets.

Point guard Jordan Clarkson would allow Patrick Beverly to assume his natural place in rotation as a sixth man. A veteran marksman is offered in Kyle Korver, and the eighth pick could be paired with the Clippers other two lottery picks to trade up in the draft.

Alternatively three lottery selections in a stacked NBA draft would provide Los Angeles the perfect pillars for a rebuild.

In Jordan, the Cavaliers would receive an All-Star center to pair with Kevin Love and a player who would help fix the team’s rebounding woes. He averaged 12 points per game and 15.2 rebounds per game last season.

The deal would see the Cavs complete a trade that LeBron James was pushing for prior to the trade deadline, perhaps securing the superstar for another season.

It’s hard to tell what direction the Memphis Grizzlies are heading going into this offseason. They had a nightmare season, starting off with playoff aspirations before an 11-game losing streak pushed them to shift into tank mode, missing the playoffs for the first time in eight years.

But it’s still unclear whether or not they have fully embraced the tank. They had the opportunity to trade stars Tyreke Evans and Mike Conley, but didn’t.

Memphis would not even entertain trade offers for Marc Gasol at the trade deadline, but with the Spaniard reaching the end of his career, and the team seemingly not going anywhere fast, it could be time for the Grizzlies to cash in on him. 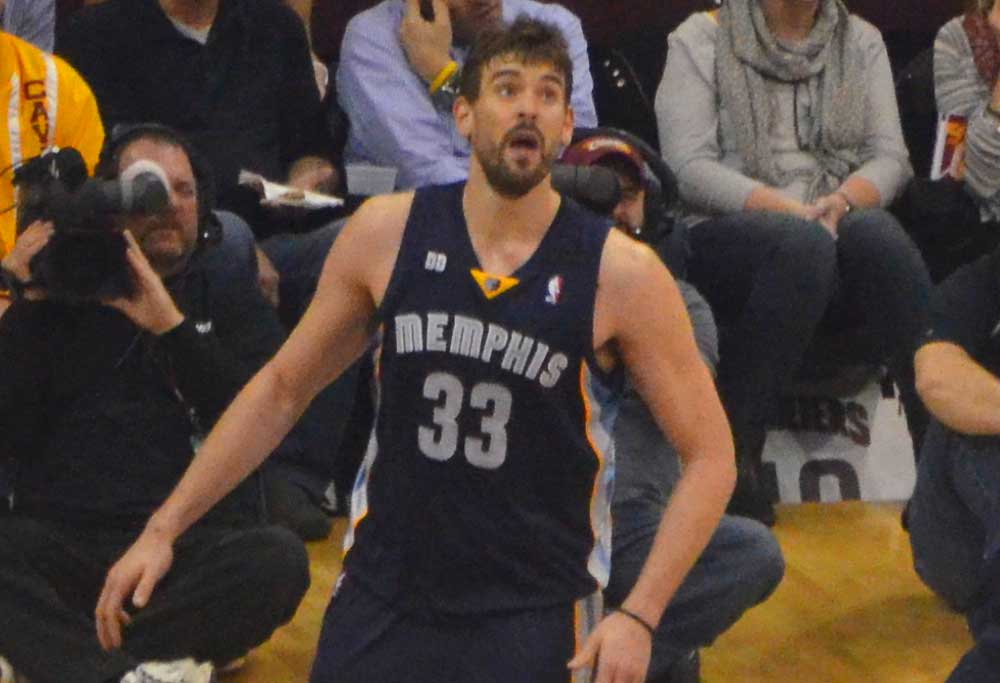 Unloading Gasol’s $24-million contract would free up cap space to re-sign Tyreke Evans, and the addition of the eighth draft, to pair with the fourth pick, only increases their chances of landing a future franchise superstar.

The Cavaliers would receive veteran All-Star center who still has plenty to offer on both ends of the floor. Gasol would be a short-term option for the Cavaliers. He is a player that can help anchor the defence and on the offensive end help set up teammates and stretch the floor.

Gasol, who averaged 17.2 points per game and shot just under 35 per cent from three point range, would be a dynamic addition to Cleveland and may just be enough to persuade LeBron to re-sign.

Regardless of whether James re-signs with the Cavaliers or not, the team will look significantly different than they did in 2018. This offseason, Cleveland’s head office should act proactively in exploring trade options for another star.

But even if a team does take the bait and send a high level player to Cleveland, it still might not be enough to keep LeBron James around.