Uruguay vs Egypt: An alternative review

Uruguay got the win eventually against a Mo Salah-less Egypt side that looked willing to take their chances against Russia and Saudi Arabia to get out of the group.

It took a late header from defender Jose Gimenez to break the deadlock, Uruguay’s two big-name strikers not getting much luck today. Here’s the alternative review of the Uruguay vs Egypt clash.

The lack of Mo was a disappointment, and you almost tried to stay with the game waiting for him to appear. The late goal added excitement – if we could have seen it live. Thanks, Optus.

The game itself may have got a 6/10, but I have to give a big, fat 0/10 to my first experience of the Optus paid app. The thing must have broken down 30 times during the match on two different devices, and I missed the last five minutes.

So what happened?
Egypt lined up without Mo Salah but looked the better side of the opening part of the match – but slowly and surely Uruguay got into the match.

It looked as if Uruguay had gone ahead through Suarez in the 23rd minute, but it was that sneaky side. That was as close as anyone came and it was a stalemate heading into the break.

Luis Suarez had a great shot saved by the Egyptian keeper not long after the break, and his tale of woe continued throughout the second half and became ever more frustrated. Edinson Cavani, who looked the better of the two star forwards, also went close himself as he hit the post in the second half.

In the end it came down to the defenders to do the job, and Giminez did exactly that with a powerful header on the end of a free kick for the only goal of the game. 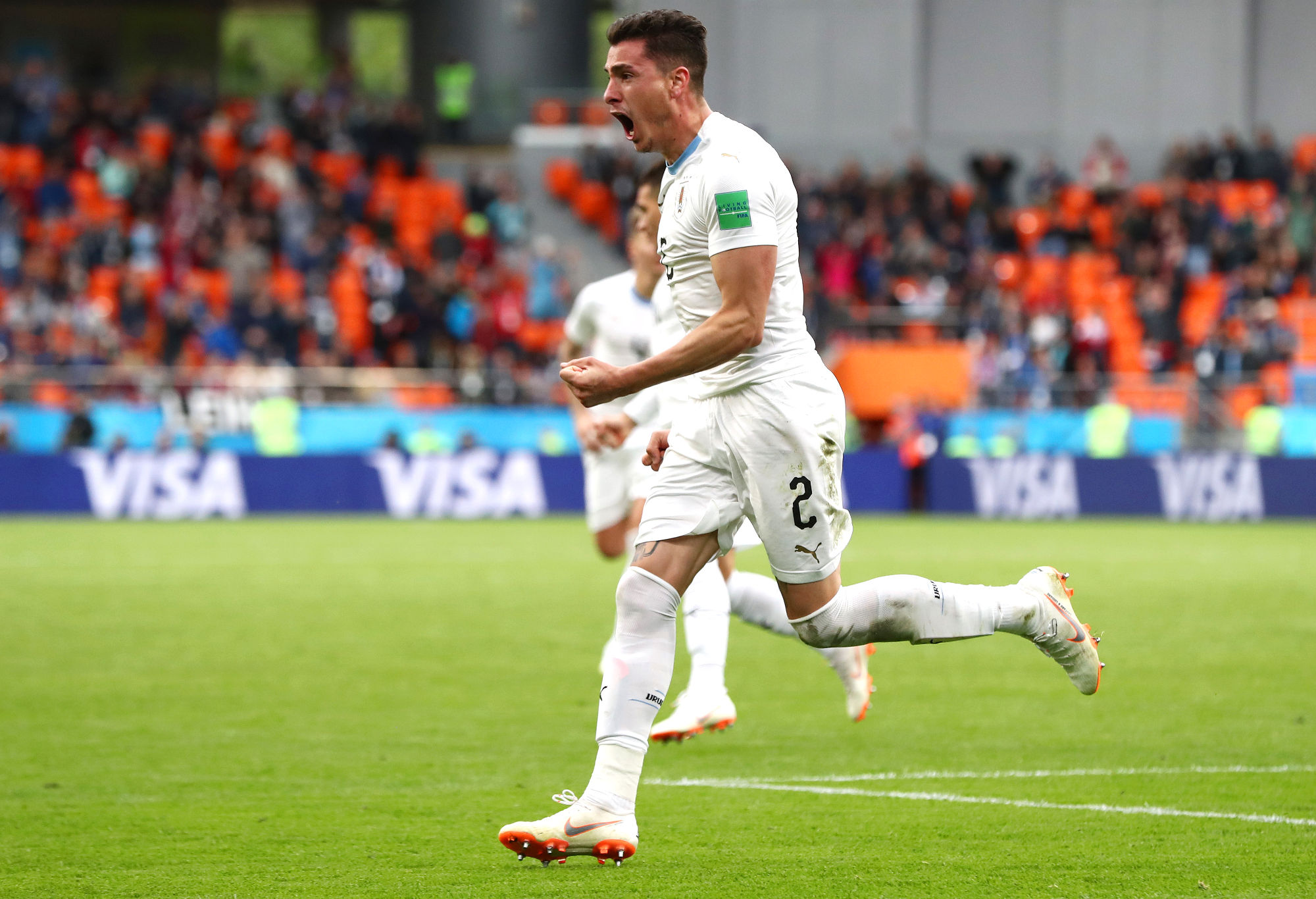 What did we learn?
That Uruguay are going to be hard to break down, and their likely next-round opponents Portugal will find it tough going, but that didn’t stop them against Spain. That surely Suarez won’t have that wasteful a night again.

Egypt aren’t as good without Salah, but that Mahmoud Hassan isn’t bad. But no Mo.

Turning point
The winner from Giminez.

Where to from here?
It looks like Uruguay will improve, and they get the chance to get some goals in the pockets of Cavani and Suarez next up against Saudi Arabia.

For Egypt, it looks like they’ve taken the risk to rest Mo Salah for the next two games against Saudi Arabia and Russia. They will either need to win both or need to smash Saudi Arabia by more than five to progress.

Moment of joy
For Uruguay it was of course the late goal. They have now seen off the likeliest challenger for first place.

The frustrating moments
Seeing Mo Salah on the bench for the whole match and watching Suarez missing chances. You get the feeling he might hit the jackpot on a good day out. Perhaps in the next match?

The star
Diego Godin. While the forwards did not quite live up to the hype against Egypt, the back certainly did their job, and none better than Godin. While his partner, Giminez, got the headline of the winning goal, Godin was the man. Uruguay defenders are fantasy gold at the moment.

Other bits and pieces