Following the Eels’ 54-0 shellacking at the hands of Manly in Round 2 of this year, I sent The Roar’s resident Parramatta tragic, Mary Konstantopoulos, a message.

“Tough day at the office for your lot,” it read.

“Last year, when you put 50 on the Broncos, Fox Sports came up with this stat: ‘No team in the 109-year history of the game in Australia has won a first-grade grand final after conceding 50 points in a match during the season’.”

(For the record, I was starting a bit of chat in the interest of her column for that week, not just being cruel and rubbing it in… okay, I was rubbing it in a little bit.)

Funny thing was that when I sent that message I was still ready to believe that this was the year that rule could be broken.

Parra were such a strong team, having made the top four the previous season, and had only really seen Semi Radradra leave ahead of 2018 – no small loss by any means, but they had a handy-enough replacement in the form of returning prodigal son Jarryd Hayne.

Surely we weren’t ready to say they had zero chance of standing atop the winners dais on the last day of September in mid-March?

Yeah, well, we all know how that panned out, don’t we? 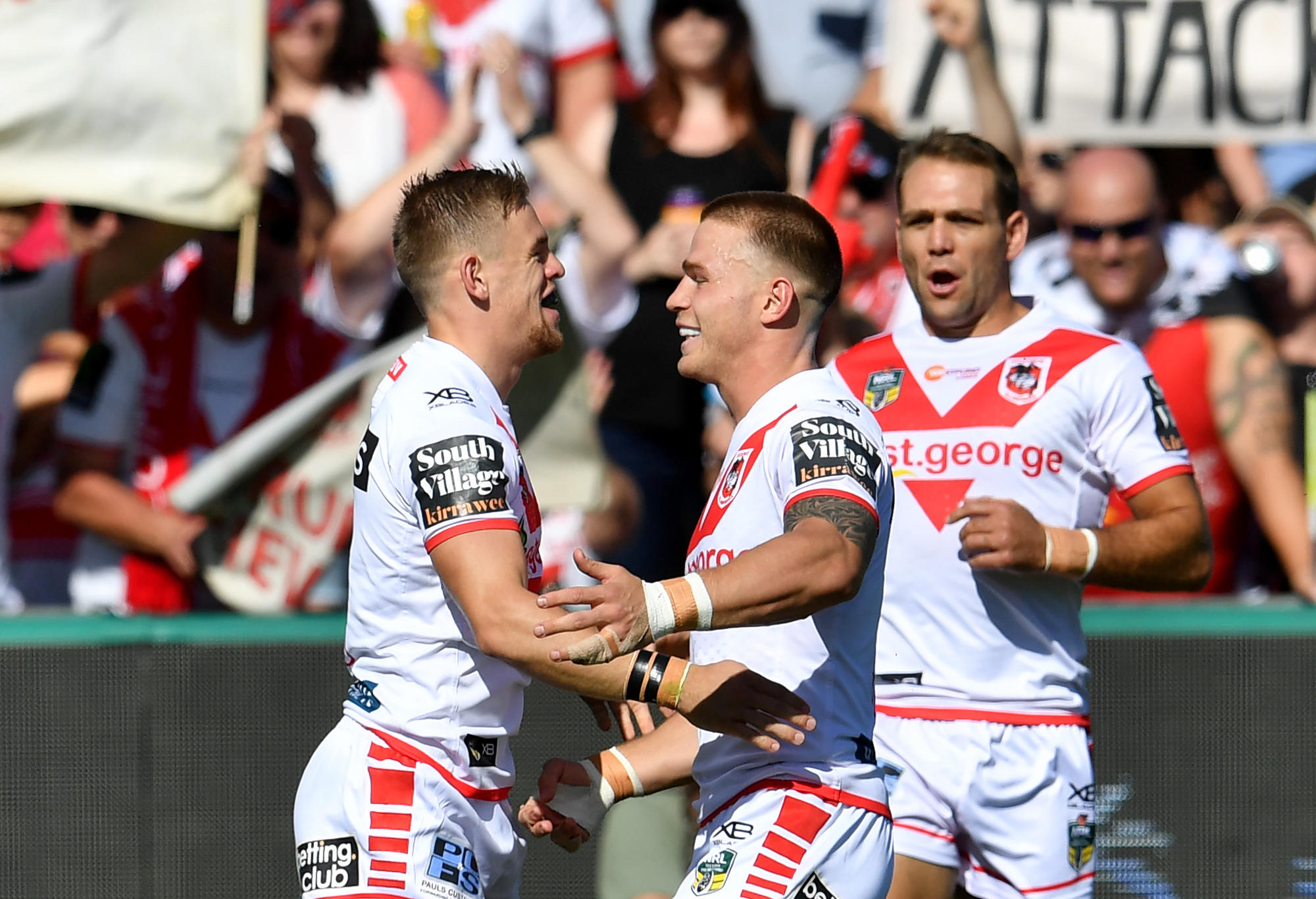 If the ‘concede 50 points, concede your season’s over’ rule was going to be broken in 2018, it’s not going to be because the Eels made history. And, knowing what we know now, it’s almost to have been expected that Parra got a half-century put on them at some point this year.

What was far more of a shock was when the Warriors went down 50-10 against the Storm in Round 8.

That was surprising on two counts. Firstly, the Kiwi capitulation occurred on Anzac Day, when teams generally have a bit of extra oomph in their performances. Obviously someone still has to lose, but surrendering so meekly on a day with so much trans-Tasman importance was embarrassing for them and unexpected for the rest of us.

But the really surprising aspect was how spectacularly the wheels came off that week for a team that had looked so good beforehand.

Heading into Round 8 the Warriors had a record of 6-1 to be sitting equal first on the competition ladder – and the week before they had beaten the team they were tied for first place with, the Dragons.

Was one big loss really enough to simply write the Warriors’ season off? 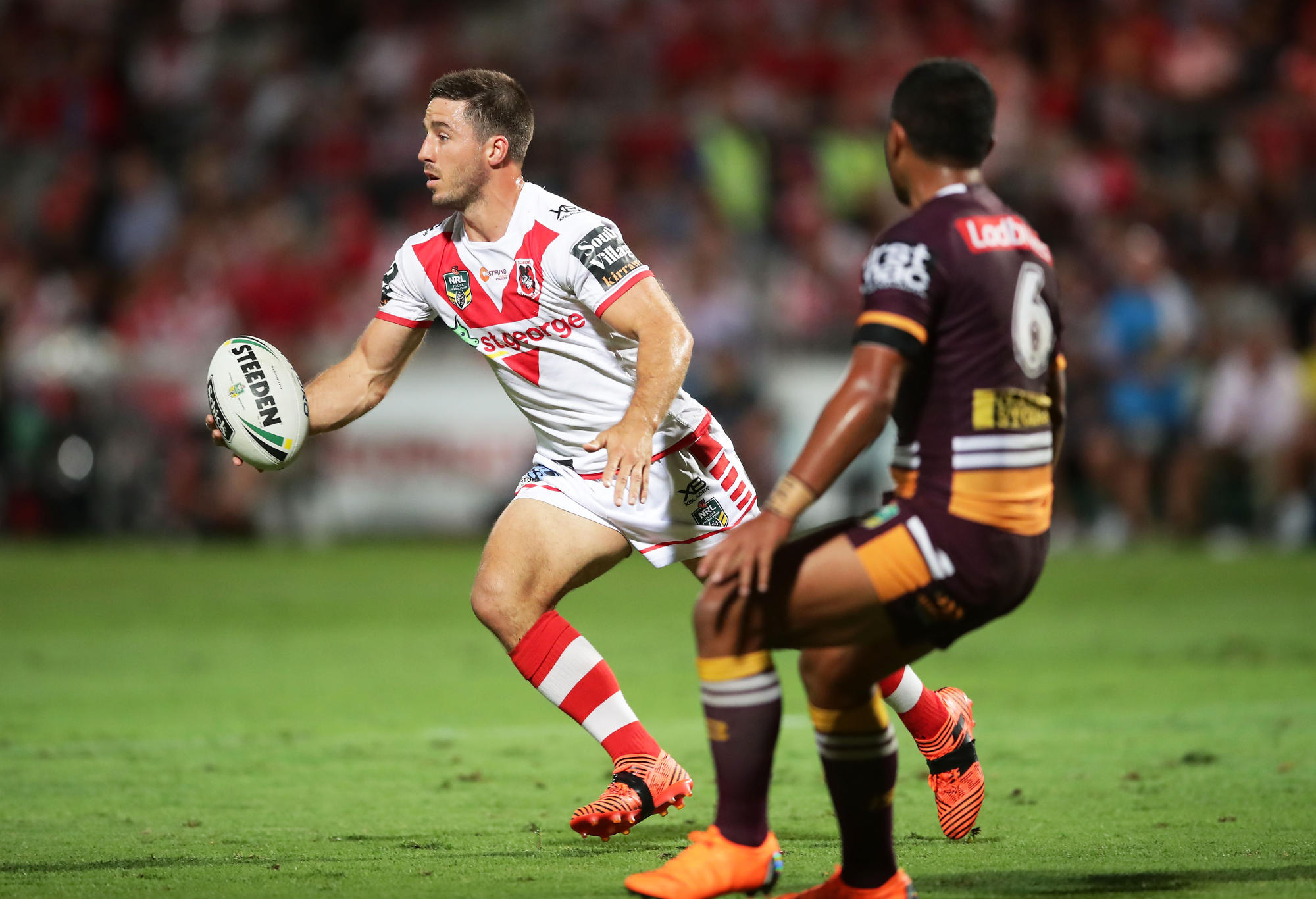 Which brings us to Thursday night’s game between the reigning premiers, Melbourne, and the team that have sat atop the comp for the whole season bar the fortnight of Rounds 12 and 13, St George Illawarra.

In a game that was a fantastic advertisement for the NRL’s fledgling Touch Premiership, the two top-of-the-table sides traded tries for things to sit delicately poised with the Red V ahead 30-28 with around 15 minutes to go.

Then the Dragons absolutely crumbled as the Storm piled on four unanswered tries to finish 52-30 winners.

That’s right, Paul McGregor’s men became the third team this season to have 50 put on them.

“No team in the 109-year history of the game in Australia has won a first-grade grand final after conceding 50 points in a match during the season.”

Now, as the 14 tries and 82 points scored indicate, this was no average club game, having been heavily affected by State of Origin selections.

So you’d say that the Dragons had a decent excuse to give up so many points, missing five key players in Ben Hunt, Tyson Frizell, Jack De Belin, Paul Vaughan and Tariq Sims.

Except they were up against a team missing six key players, with Melbourne giving up Billy Slater, Will Chambers, Cameron Munster, Felise Kaufusi, Tim Glasby and Josh Addo-Carr to interstate duties.

And, yes, the Storm were lucky enough to have future Immortal Cameron Smith pulling the strings, but the Dragons had some experienced leaders on the park as well, in the form of England internationals Gareth Widdop and James Graham (although the latter did come off due to HIA regulations in the final quarter). 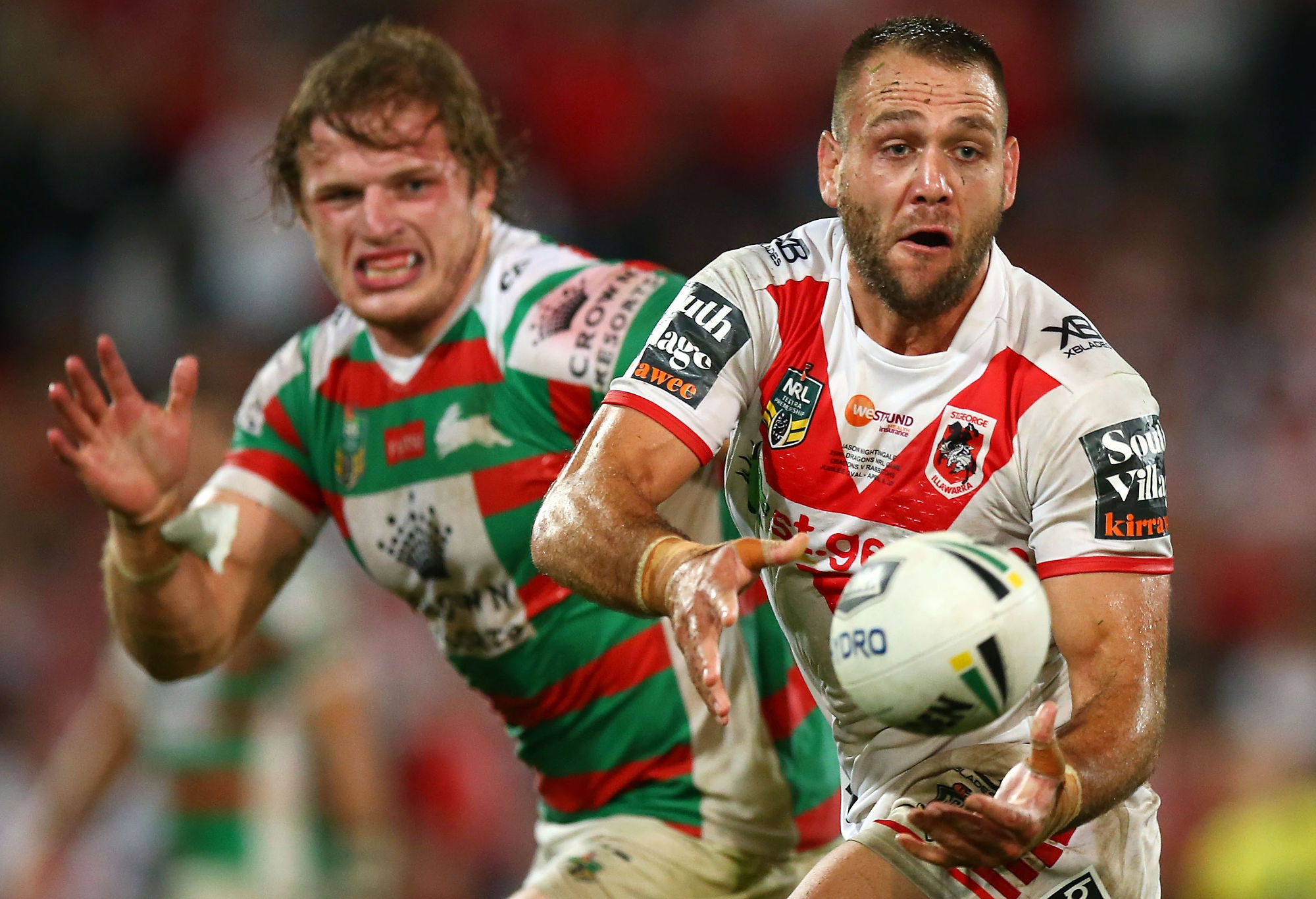 What’s more, as the Storm pointed out when announcing their squad for the match, “Ryan Hoffman and Cameron Smith have played more NRL games between them than the other 17 players in the squad combined”.

In short, while the absence of Origin reps meant this match probably isn’t an indication of where the Dragons are at, it’s not as though they were up against a full-strength team and it was a boys versus men match.

So to concede the dreaded half-century suggests there is a larger issue – one which Gareth Widdop summed up in the most bizarre quote of the night:

“Defensively we were good – but to concede 50 points is not what we’re about. It’s something we need to look at.”

As they say in the classics, records are made to be broken, and simply giving up on a team that have been so clinical throughout 2018 because of one silly stat may seem a tad premature.

But 109 years is a long time for a record to stand, and with factors such as fatigue and the post-Origin lull likely to affect the Dragons – especially their halfback, Ben Hunt, who has become Queensland’s Mitchell Pearce this year – I’m ready to make a bold call.