Queensland save face, but it will be the ‘Kanga-Blues’

Queensland put in a might performance in an Origin classic on Wednesday, but it won’t stop the next Australian team being dominated by the new generation Blues.

At times in recent years the Australian side has resembled a Queensland squad, particularly in the backs, but the retirements of many Maroons has left the door ajar, and the young New South Wales team have smashed it open with some stellar performances.

In addition, two of the three Queensland club sides have been performing poorly this year and the third, Brisbane, have been helped along by a selection of southerners and overseas players.

So, if the Kangaroos were being picked today, what would they look like?

Fullback: James Tedesco
But for Billy Slater, we would already be talking about an established Australian star. James Tedesco is a tackle-breaking machine and poses huge threats to tiring forwards through the middle of the field. I look forward to many years of Tedesco versus Kalyn Ponga debates, like Anthony Minichiello versus Darren Lockyer in the 2000s.

Wingers: Tom Trbojevic and Valentine Holmes
Valentine Holmes is a try-scoring freak and his slips catch on Wednesday night was possibly the highlight of the whole game. His instinctive play, speed and skills are second to none.

Tommy Turbo has grown into the wing position as the series has gone on and was one of NSW’s best in Game 3 – since Greg Inglis stopped stalking him.

Centres: Greg Inglis and James Roberts
This is probably a controversial selection – even I think I’m crazy not picking Latrell Mitchell – but Inglis and Mitchell both play left centre and Inglis is still more than worth his place. Latrell has been rocks and diamonds, with Queensland’s tries coming down his side.

Roberts was great in defence again on Wednesday and held his own against Inglis. He has had no room to move, but I suspect he will in the international arena.

Five-eighth: Cameron Munster
Munster showed on Wednesday what he is capable of when he is allowed to play his natural game. A pure footballer, his running game in traffic is superb and he will cause havoc with Tedesco coming back off his inside shoulder.

Halfback: James Maloney
James Maloney was the go-to guy for the Blues’ two wins and deserves his place. Jimmy has the kicking game, the goal-kicking, the organisational play, the niggle and is a winner.

Props: David Klemmer and Reagan Campbell-Gillard
The obvious choices. Klemmer has taken Matt Scott’s mantle as the premier big man in the game. Queensland probably shaded NSW in the forwards over the three games, but individually, I can’t see any Queensland prop being better than these two.

Hooker: Damien Cook
Cook has been a revelation this series. His speed off the mark and selection of the right time to ‘go’ have been wonderful and he can still last the 80 minutes and take on all the hard stuff as well. My man of the series.

Second row: Boyd Cordner (captain) and Tyson Frizell
Boyd Cordner played a true captain’s knock through this series. With major doubts over his form going in, Cordner was probably the best forward across the three matches. As captain of the winning team, he gets to take over from Cameron Smith as the leader of his country.

The other second-row spot was more difficult, but Queensland’s pair of Gavin Cooper and Felise Kaufusi did not do enough to impress, so the spot goes to Frizell.

Matt Gillett is still the better second rower, once he gets back to full fitness. I’m wondering also whether next year this spot gets taken by Angus Crichton. 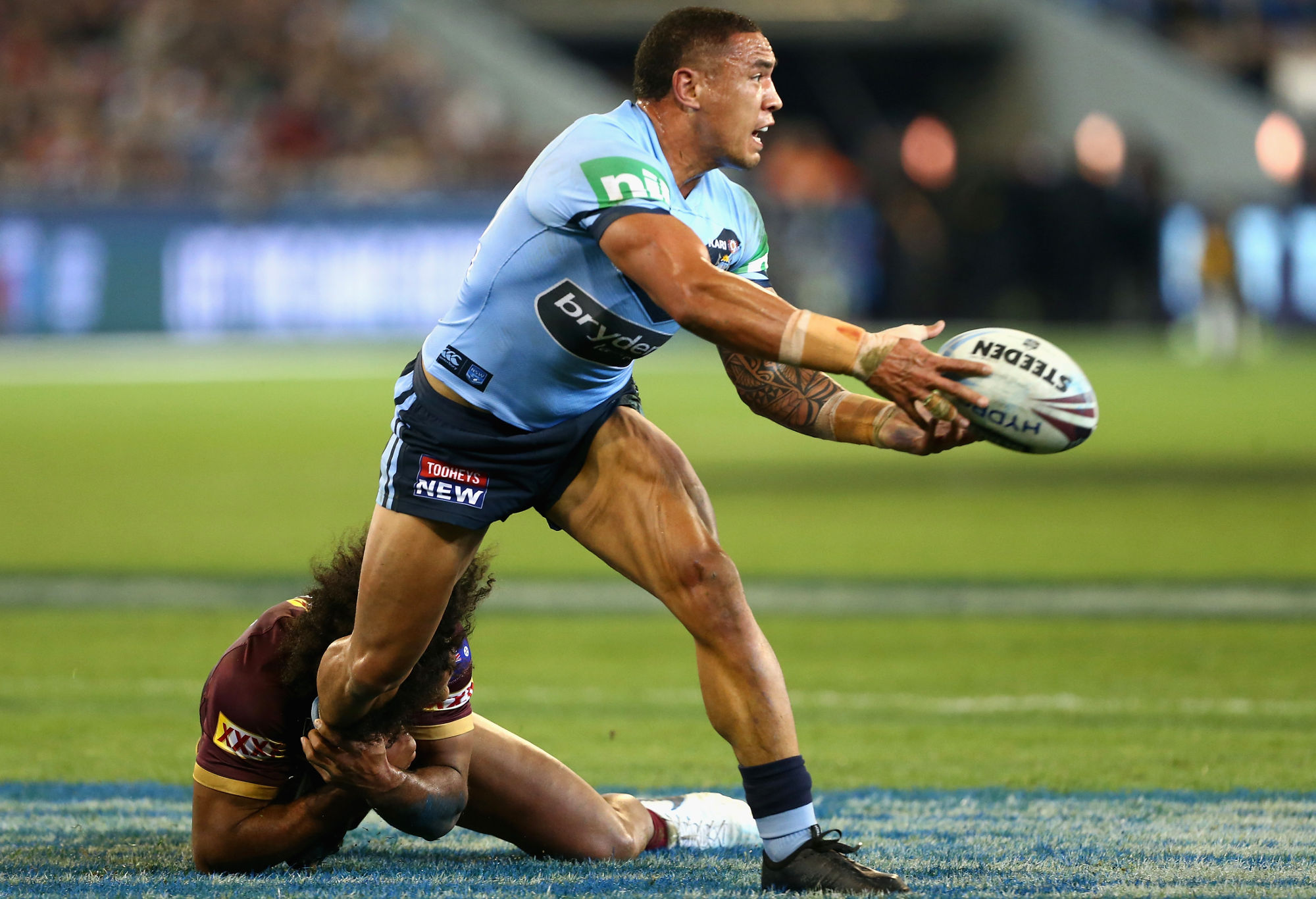 Lock: Jake Trbojevic
What. A. Player. There’s nothing more to say, really. He looks class every time he represents NSW and Australia, and he can have this spot for as long as he likes.

Paul Vaughan – a big body to throw at tired opposition.

Tyrone Peachey – this is a tough one and you could go with Dane Gagai, Kalyn Ponga, Ben Hunt, even Latrell Mitchell for that impact player. Cook playing 80 probably takes Hunt out of the equation, but he was very good on Wednesday. Maybe Ponga?

So, there you have it: NSW have 12 to Queensland’s five, including 10-3 in the starting line-up.