Parramatta had no business being within a cooee of the Knights in their Friday night match up. But for Jarryd Hayne, that scoreline would have been 30-0, instead of 18-16.

‘The Plane’ has had a rough trot since returning from his NFL and rugby sevens odyssey.

His ill-fated stint on the Gold Coast made headlines for all the wrong reasons, and his return to the Eels this year has been plagued by injury.

But on Friday night, he reminded us all of why he’s a two-time Dally M Medallist.

As the blue and gold forwards slowly trudged back into the line after each defensive set, often taking until the third tackle to get where they needed to be – they must be the most unfit pack in the NRL, it’s actually disgraceful how sluggish they look – Hayne was making big yards.

Playing like he had spiders on him, there was more than one occasion when I was reminded of Krusty the Clown betting against the Harlem Globetrotters.

Hayne’s scintillating runs set up two tries, as he finished the night with a match-high 197 running metres and two line breaks.

While Newcastle lacked polish when attacking their opponents’ tryline, Parra had 46 per cent and completed just 70 per cent of their sets – vital stats that give you a bit of an idea of which was the better side.

Yet the Eels very nearly stole the win in the final minute, with Bevan French diving onto a Corey Norman grubber in the 80th minute, the flying winger’s boot just grazing the sideline to ensure the home side broke a six-game losing streak at Turton Road.

Again, the Knights should have won by plenty – Parra are on the bottom of the table for a reason – but Hayne’s performance kept his team in the contest.

Which led me to wonder, just what’s going on in the bloke’s head? 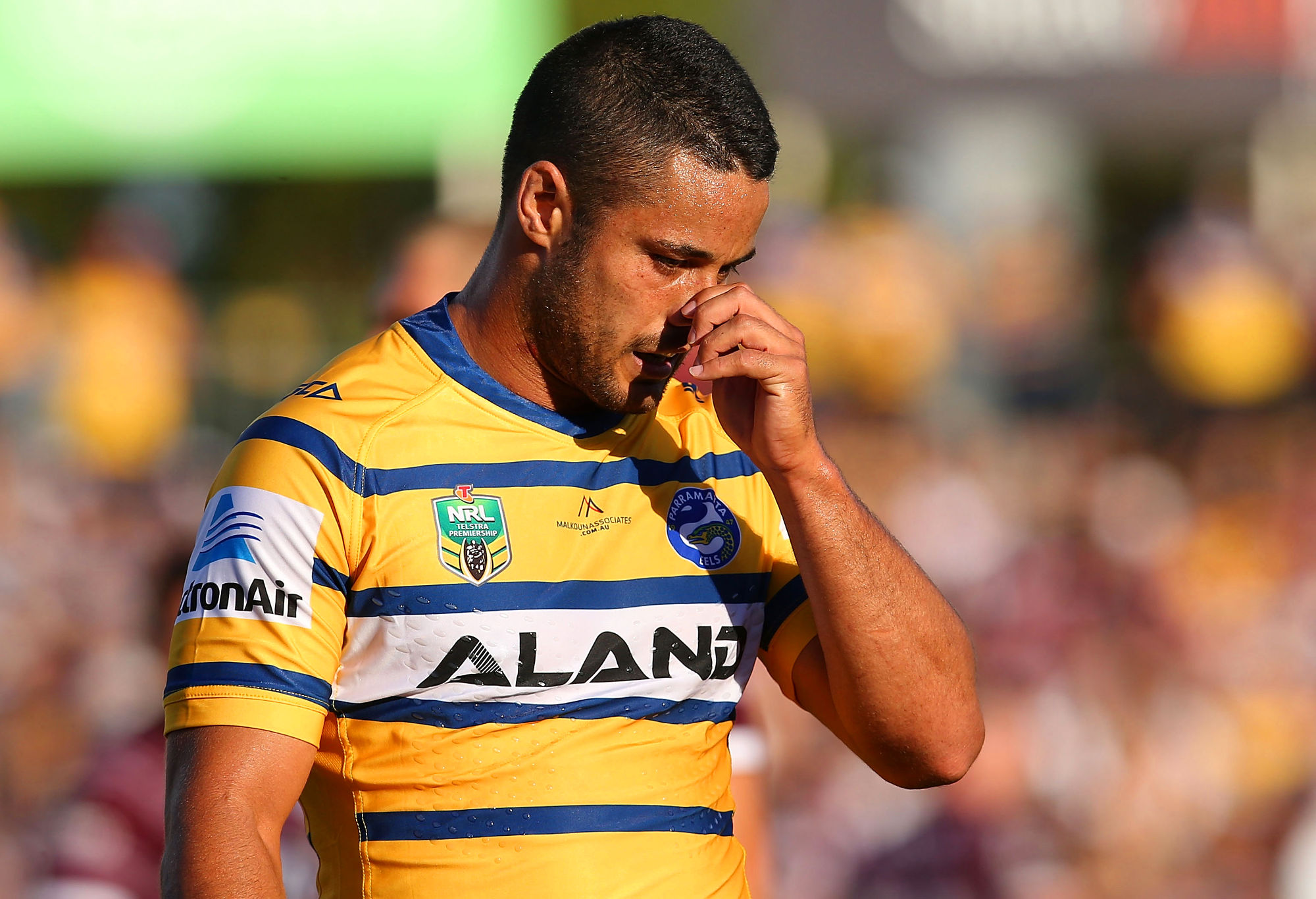 Jarryd Hayne of the Eels (Photo by Jason McCawley/Getty Images)

He’s a renowned coach killer, with the kind of talent Parrramatta rightly expected to build a premiership-winning squad around following their fairytale run to the 2009 grand final, yet in the years following, he developed a reputation for being happy to rely on his natural abilities instead of hard work.

After coming back home to Sydney for this season, he was making all the right noises about wanting to leave the ‘lazy’ tag on the Gold Coast and rip in.

Of course, that he came dead last in a five-kilometre obstacle course in pre-season – even being beaten by coach Brad Arthur’s 12-year-old son – meant his reputation wasn’t so easily shaken.

But it’s neither his fitness nor injury issues that have been the bane of Hayne’s season.

Rather, surely plaguing him most are his ongoing legal issues in the United States.

Having been accused of rape during his time playing in the NFL for the San Fransisco 49ers, San Jose police did not to charge Hayne, but his alleged victim has pressed ahead with a civil suit and a US court is set to hear the matter in April 2020.

Obviously it’s difficult to discuss an on-going legal issue, but it’s fair to assume that the impending dispute is weighing on his mind.

And while footy is usually an escape from your real-world problems, Hayne isn’t exactly being allowed to forget it when he’s on the field. 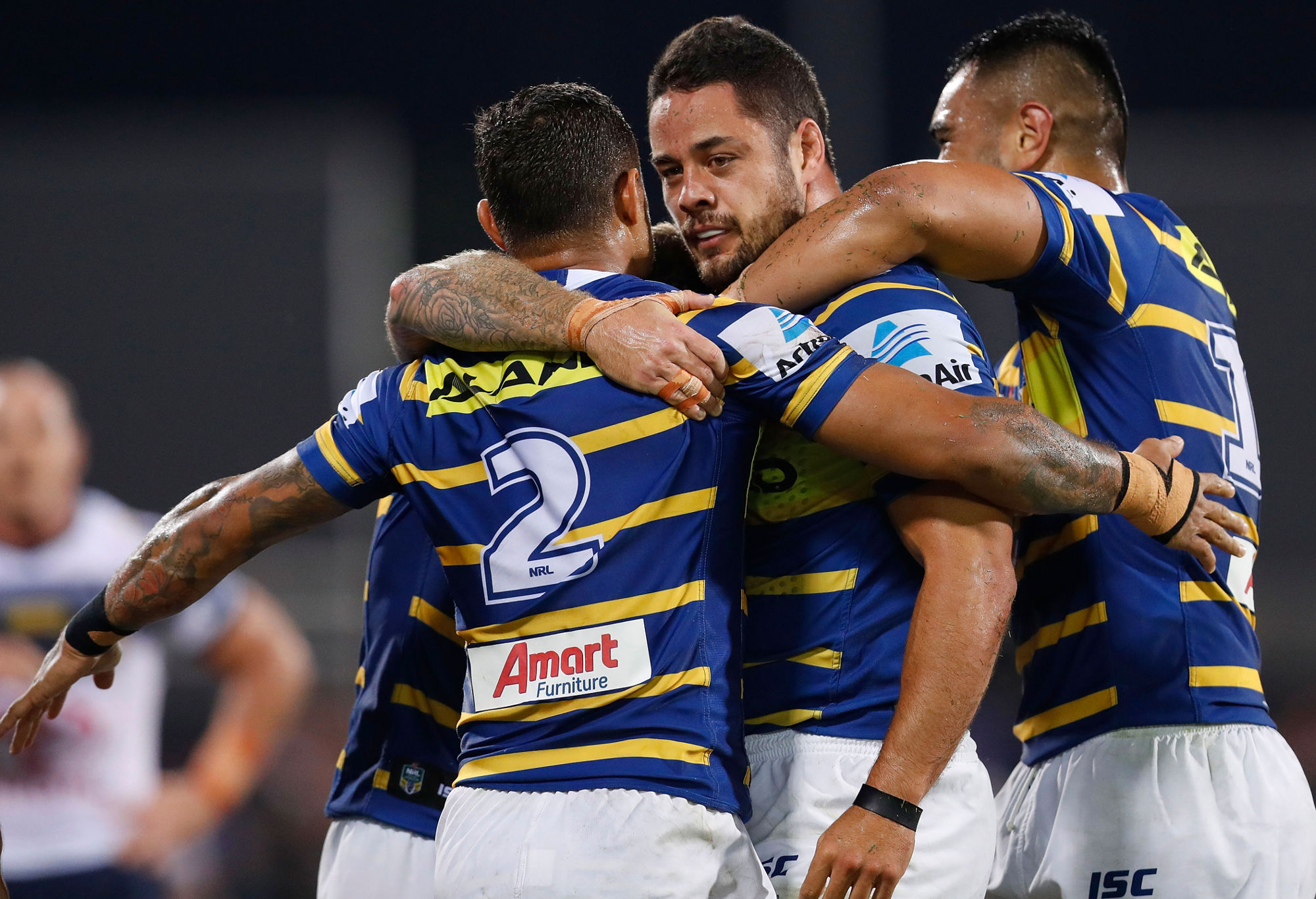 Jarryd Hayne of the Eels (Photo by Jason McCawley/Getty Images)

There were more than a few unsavoury comments screamed at Hayne from the grandstand as he busted tackles and left the Knights’ defensive line in tatters on Friday – and I daresay they weren’t the first he’d had yelled at him this season.

While he’s obviously had to develop a thick skin over the course of his career – he’s never been a clean-skin, and his breath-taking performances for NSW meant he was always public enemy No.1 when State of Origin matches were played in Brisbane – a drunk loud-mouth saying, “You’re shit Hayne” is a lot easier to shrug off than that same pissed idiot very loudly and very publicly calling you the worst kind of criminal.

And just imagine what his mother and sisters feel, sitting in the crowd, hearing their son and brother copping that kind of abuse. I bet that’s exactly what Hayne thinks about every time the louts on the hill are giving their two cents.

Off contract at year’s end, there have been talks that Hayne’s time in rugby league could be coming to a close, with his lazy reputation and legal issues making him a seriously hard sell for most clubs.

But on Friday night, he reminded the NRL’s coaches and CEOs exactly what he’s capable of doing – and why he may well be worth a punt for next season.

David Fifita left it too late to make an impact as Gold Coast’s renewed top-eight NRL hopes fell flat in a 26-8 loss to a Reed Mahoney-inspired Parramatta. 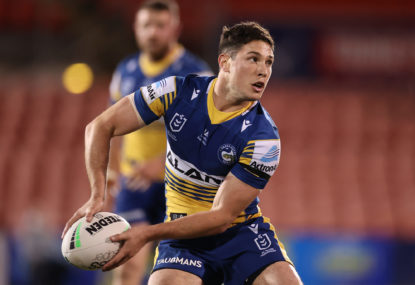