Congestion or concussion: High time the AFL got its priorities straight

Taylor Walker’s bump is the latest reminder the AFL must start throwing the book at head hits if it is to combat the mortal threat posed to the game by player concussions.

Fristly, Walker only received a one-match ban for his shirt front on Zach Tuohy.

Second was Liam Picken being ruled out for the remainder of the season as he recovers from a concussion sustained in a pre-season match.

Third came the AFL’s announcement suggesting rule changes to combat player congestion are likely to be introduced next season.

Picken’s concussion was, of course, the result of friendly fire. Nevertheless, it underlines the uber-serious consequences of head hits.

But we already know that right? After all, isn’t this the same issue that threatens the hitherto all-conquering NFL’s standing as the No.1 game in the US? 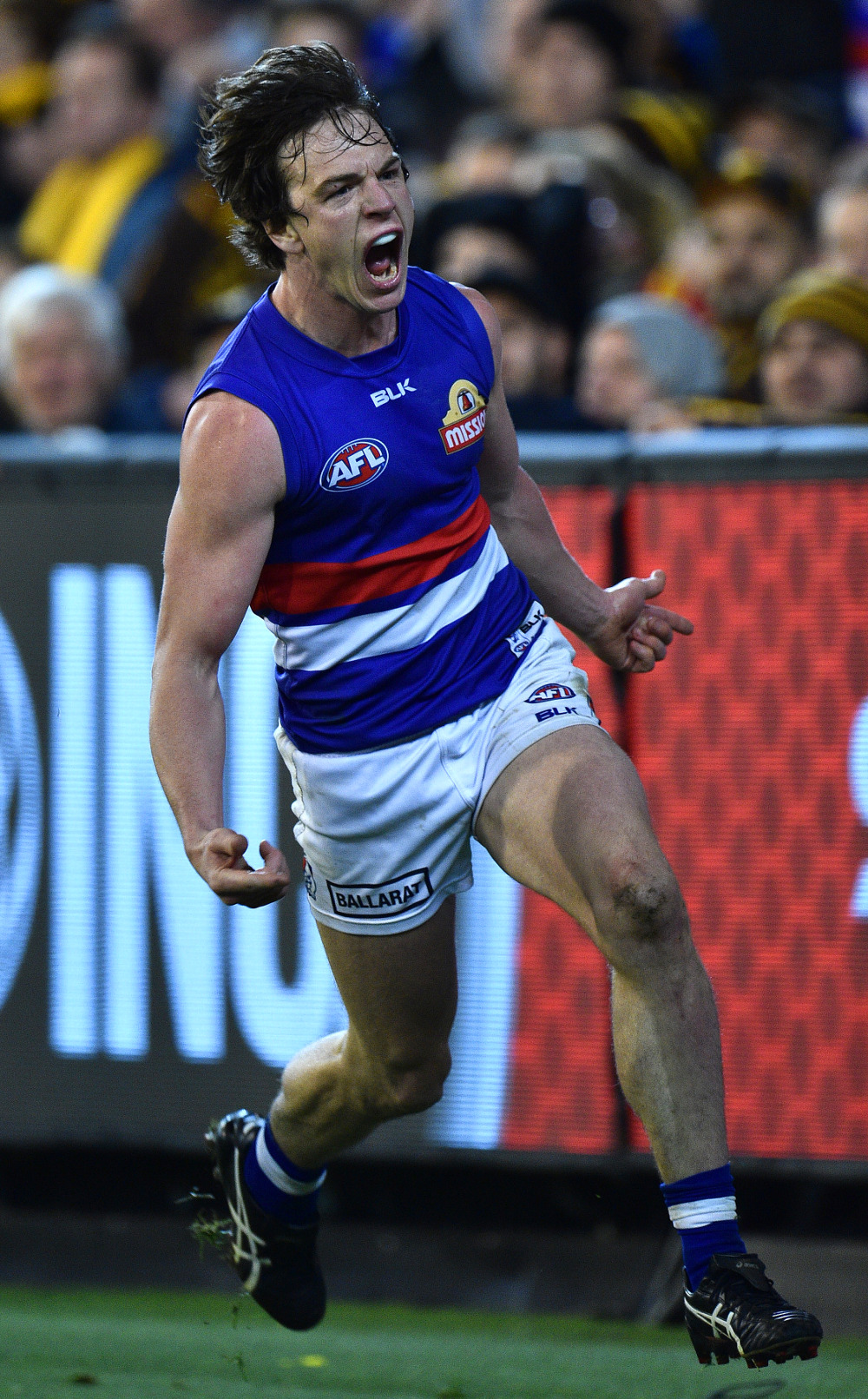 If the relatively prosperous AFL should be worried about one issue above all else, it’s this.

Make no mistake, concussions loom as the single most significant threat to the long-term viability of Australian rules football.

Admittedly the AFL’s concussion management initiatives, together with its focus on sling tackles, certainly speak to a high level of concern.

But why this sentiment has not been reflected by upping the ante on head-hit penalties is baffling.

Contrast this with the holy war being waged on player congestion – the grave risk of too many players around the ball ruining the spectacle.

The AFL is so concerned, in fact, that they appear likely to introduce changes to the fundamental rules of the game to combat this scourge.

And not just one, because AFL football boss Steve Hocking has told us that won’t do it.

This despite a huge groundswell of opposition from the wider football public, who appear unmoved by the issue.

While Hocking has been busy contemplating congestion-busting rule changes, his underling, Michael Christian, offered up a bizarrely inadequate one-match penalty to Walker for his hit on Tuohy. 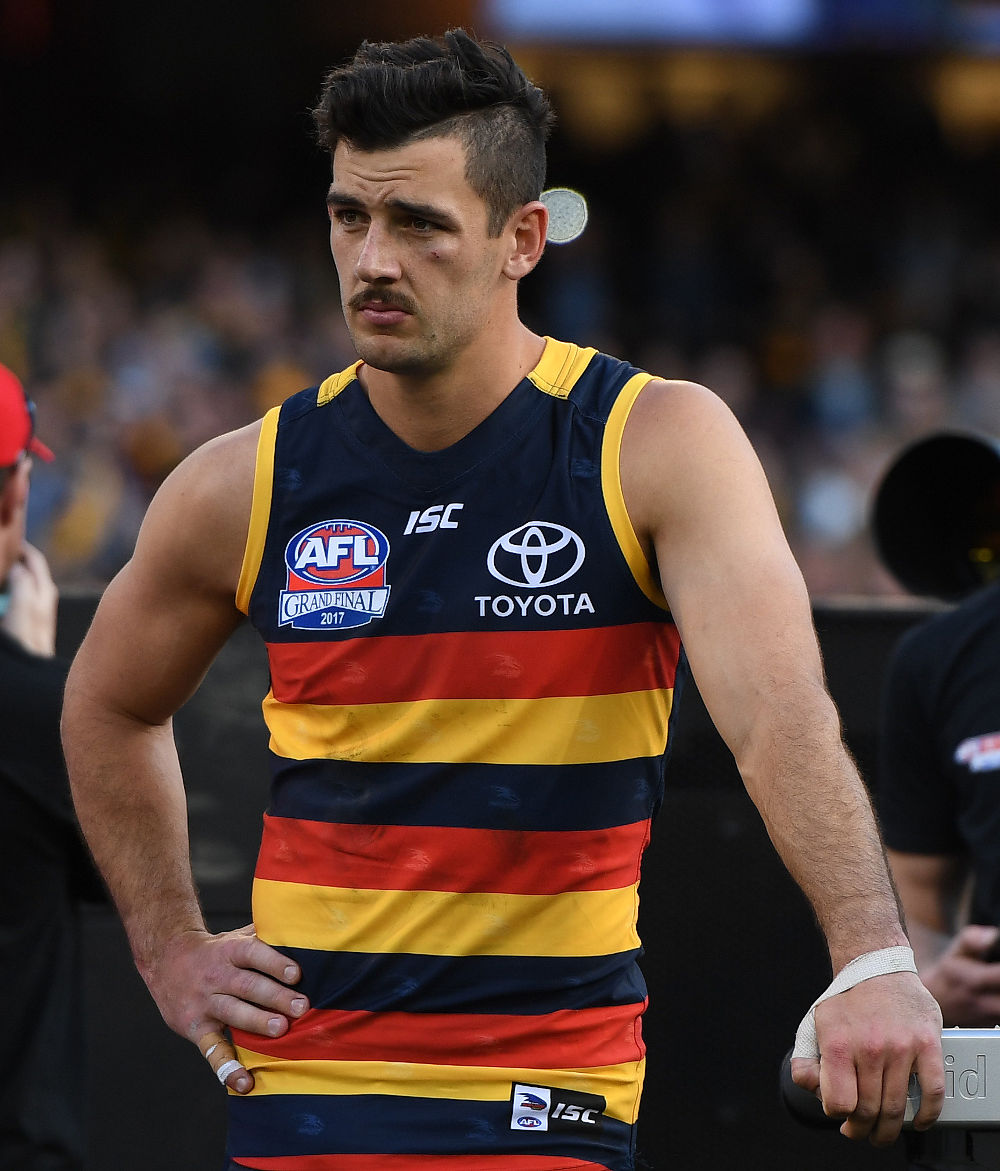 The five-game suspension handed out to Greater Western Sydney’s Jeremy Cameron for his elbow on Harris Andrews is perhaps the most telling recent example.

That the tribunal deemed Cameron’s hit intentional means that there was no grey area as to Cameron’s culpability and, in turn, the brutality of the act.

The takeaway is that the ban effectively serves as a ceiling on future punishments, on the basis that we are (hopefully) unlikely to see anything worse.

Needless to say, this is grossly inadequate in light of the seriousness of the issue.

If the AFL is committed to stamping out avoidable concussions – in an increasingly fast game that one suspects will always struggle to limit the unavoidable variety – why not introduce prohibitive penalties?

Before you scoff, remember hits like Walker’s on Tuohy are still hardwired into many footballers’ DNA. After all, they grew up on a diet of celebrated Byron Pickett shirtfronts and late-hit highlight tapes.

In the absence of such circuit-breaker penalties, we risk waiting for a generation before these inherent behaviours are wiped out.

It’s time to make players think twice about the health of the game, not the occasional traffic jam. 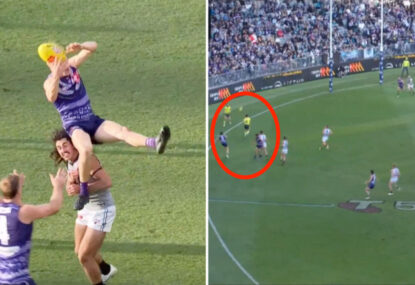 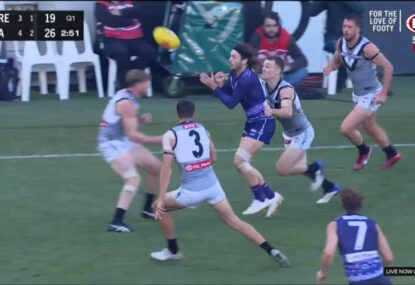 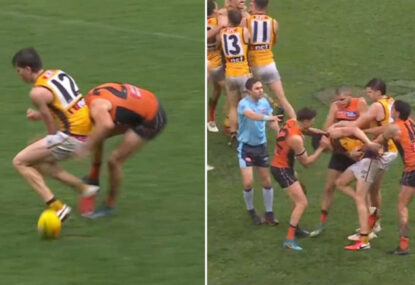 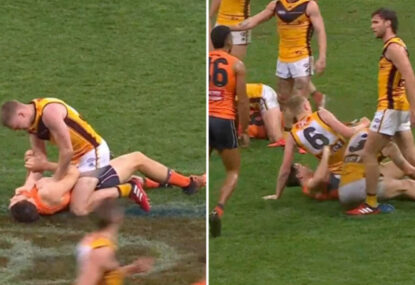