The end of Germany

I meant to write this one the day Germany were eliminated, but real life called. Today Mesut Ozil has published a long piece of writing on his Twitter account about no longer being emotionally able to play for Germany.

I must admit that the photo of German-Turkish players Mesut Ozil and Ilkay Gundogan posing with pariah Turkish president Recep Tayyip Erdogan was a visually jarring ‘WTF’ moment. Ozil says that for protocol it was unavoidable, but Emre Can had declined Erdogan’s invitation.

Ozil was somewhat finished anyway, but there’s certainly a good and bad way to end things. What was Wenger’s Arsenal if not a graveyard for high-level careers? Plus Germany’s placid elimination from Russia 2018 is hardly a ringing endorsement for the current team.

I am a fan of Germany. I understand that many people are not, often for historical or social reasons – namely, a history of watching smug players from the 1980s playing an artless form of the game and brutally defeating classy teams of midfield geniuses. (Did you think I was going somewhere else with that one?)

But I am a fan because Germany had the guts to reinvent. It’s not easy to change a national culture or to overcome reactionary forces. Hunter S Thompson famously lamented the failure to do so in Fear and Loathing in Las Vegas. Australia did it quite well for a few decades. In any case at least Australia went metric before the Tony Abbotts and Peter Duttons of the world took over. 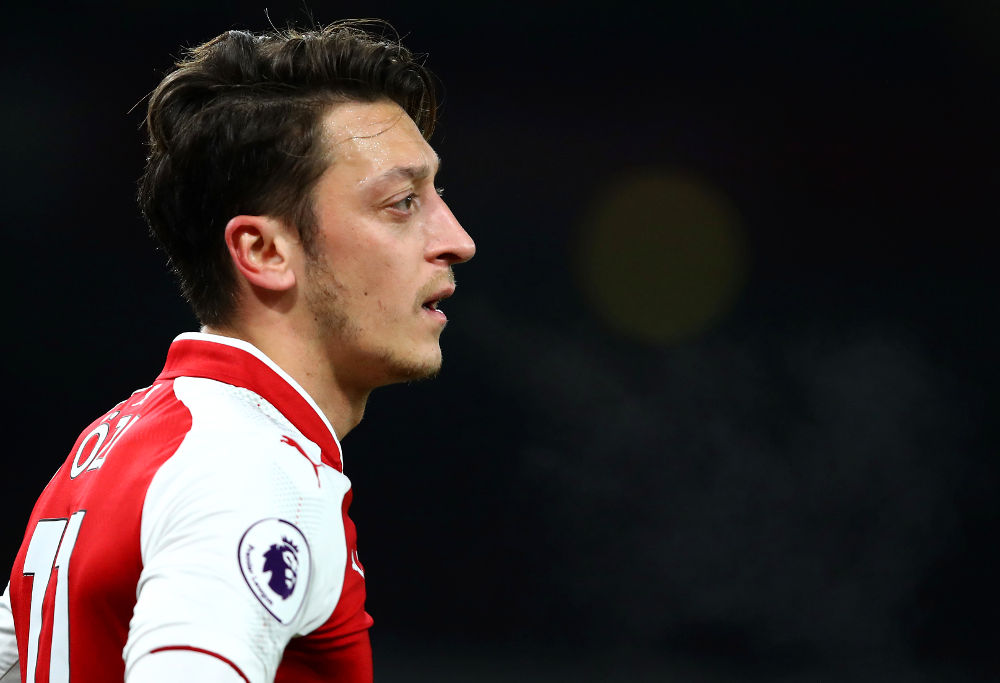 The main force behind the German restructuring and restyling was Jurgen Klinsmann, more of a big-picture thinker than a details man. Interestingly and contrastingly, America currently blames his mismanagement on setting Team USA on the road to ruin in Trinidad and Tobago in 2017.

Reforms under Klinsmann ranged from sensible to eccentric. “We wanted them to understand that it was their career, and they had to make the most of it,” he said in Das Reboot: How German Football Reinvented Itself and Conquered the World. “We wanted them to take responsibility.

“Don’t make ten sprints because your manager tells you to. Think about why you’re doing it. Demand explanations.”

I marvelled at some of the incidental touches that Germany put on its World Cup hosting duties in 2006 beyond the risk of experimenting with younger, more mobile players and styles. The official World Cup 2006 graphic was converted into three faces laughing, trying to stress the fun aspect of a World Cup over the self-important, dry vibe of subsequent tournaments.

It kind of reminded me of the 1996 decision to lessen the use of the letter ß in favour of ss in the German language as a practical way of overcoming the tyranny of nationalism and tradition and conforming with the modern world for the sake of future progress, though my understanding of the German spelling reform is no doubt simplistic.

The reboot was most striking at South Africa 2010. There was a new face of Germany represented in the diminutive figure of Mesut Ozil.

Ozil was the opposite of preconceived ideas about Germany, the team and the country. He is an intricate player, not physically dominant. He incarnated the new German ideals of playing with the ball like Spain does, of controlling it, the focus on skill and attack rather than strength and defence. 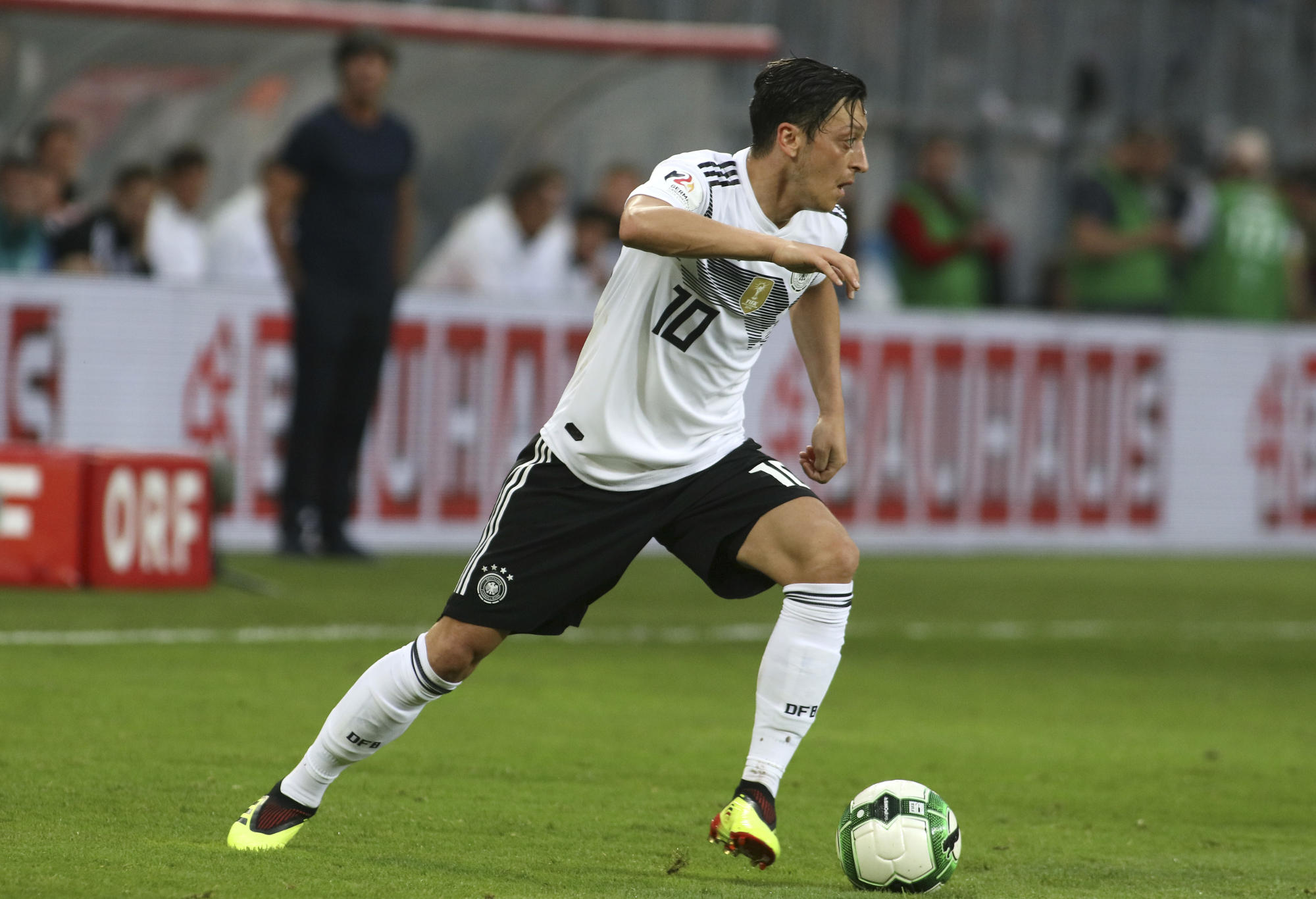 An injury to old-school Michael Ballack also allowed Tunisian-descent Sami Khedira into the starting line-up. Along with the presence of Jerome Boateng, this was the first German team to take on a multicultural feel. If you think I’m being precious about this, in practical terms keep in mind that the similarly skilled German Yildiray Basturk in 2002 had been a star for Turkey rather than Germany.

The 2010 year also featured the beginnings of two other players who represented what I call postmodern Germany. There was happy-go-lucky 20-year-old Thomas Muller, winner of the 2010 World Cup’s top goalscorer award barely a year into his professional career, and the distrusted, shrug-the-shoulders Toni Kroos, who like Ozil later became the passing fulcrum of the team.

Germany were the leading scorers of the world cups in 2006, 2010 and 2014, the last of which they won. But in comparison with the parallel Spanish generation, who won three international titles and a shipload of international club titles – and against whom Germany lost two key matches 1-0 at the turn of the decade – this German generation were able to take out only the 2013 UEFA Champions League with Bayern Munich and the 2014 World Cup.

I counted it up. Composing both Germany and Bayern Munich, this lot won two titles but lost three finals and eight (!) semi-finals.

German Raphael Honigstein’s book on the very subject of this article, Das Reboot, makes Germany’s victory appear less of a fait accompli it appeared generationally, having overcome injuries and such.

Plus this group can hang their hat on having played and won the most iconic match in all of football history, even allowing for recency bias and hyperbole – that was Germany’s 7-1 defeat of Brazil in the 2014 World Cup semi-final in Belo Horizonte, Brazil. The match is always looked at from the lens of Brazil defeat and self-destruction, but it still means these German players will never be forgotten, and for the right reasons, for passing the ball around, for scoring and, at least in public, for acting with gentle grace about it.

Germany were able to enjoy one tournament as the top dogs: Euro 2016. They were even able to finally beat Italy, albeit in an invincibility-eroding, balloon-puncturing way.

On a confusing day in Marseille in 2016 Germany dominated the Euro 2016 semi-final but ‘handed’ France the match, literally, with Bastian Schweinsteiger’s handball. With the hindsight of having watched the 2018 World Cup, it’s clear the changing of the guard had occurred.