Phil Gould, Anthony Griffin, Wayne Bennett – what does it all mean?

We follow professional sports – or any sport we watch – on the field because of the uncertainty of result and because of tribalism. Even without gambling, it’s a gamble.

We tie ourselves to the mast of our region, family or favourite colour and if the ship goes down, we go down with it.

The off-field stuff is definitely part of that. The currency of modern online sports journalism is contract speculation – our tribe may have lost in the battlefield today while we were chasing bison, but Ogg The Toothless is joining us for the hunt tomorrow after we offered him as many sabretooth tiger spleens as he could grind to a pulp and drink.

A lot of it, also, is voyeurism.

Look at the silly coaches and players!

I’m reluctant to join this pointless idiom but, hell, I’ve a column to write. So, if the off-field soap opera is some sort of morality play from which we can learn valuable lessons about ourselves (and it kind of is – because everything is if you are determined to see it that way), here goes:

Phil Gould comes across as someone with a healthy regard for his own intellect, who makes decisions based not just on the facts at hand by the sure knowledge that he understands them better than anyone else.

No-one wants their boss to have done their exact job for years and years, much less have been blindingly successful at it. 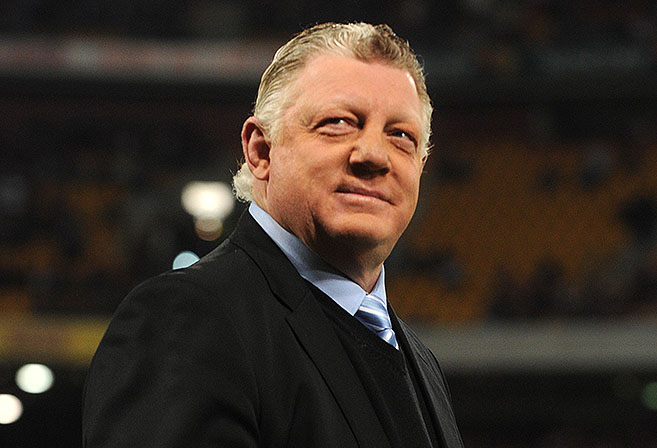 Think about your job. Let’s say you work in a car factory and you install gearboxes. Surely it would be better if your supervisor had a working knowledge of gearboxes and was not the greatest gearbox installer in company history.

It’s like the old cliche of halfbacks not lasting long under Ricky Stuart; coaches not surviving for long under Gould.

But as much as ‘Gus’ has form at sacking coaches, Anthony Griffin has form at being sacked.

He did arguably his best work with the Broncos’ Under 20s, where kids needed an authoritarian figure and swore by him.

I could buy into the convenient narrative that this did not translate well to dealing with men who need to shave daily but I’d just be guessing.

But, you know, perhaps a lack of flexibility is the flaw that we’ll glean our daily allowance of schadenfreude from ‘Hook’ over.

Just couldn’t adapt to the abundant compromise and ego-polishing needed to get ahead in modern life.

Bennett’s stayed at the coalface, like a newspaper roundsman addicted to the rush of news gathering who’s seen off two generations of cub reporters. Be good at one thing and do it well forever; one man’s glory, another’s hollow addiction.

Wayne’s been doing the same job for 42 bloody years, using his shamanic ability to read character to survive cull after cull and change just about everything but that crooked smile in the pursuit of keeping a job, helping young men and remaining an all-around important dude.

If I was to dare use the word hubris, I’d use it in relation to the conviction that one will always be employable if one uses the same psychological parlour tricks on the media, administrators, players and the public ad infinitum.

“I’ve done this before, I know what works,” Bennett would often say when quizzed on his methods.

But just because KFC has those secret herbs and spices doesn’t guarantee it will remain the king of fried chicken joints into the 23rd century. Many, many, other things keep it there and the worst thing the old Colonel can do is fall into the trap of believing it’s just those herbs and spices.

Besides, who wants to do the same job for 42 years?

Downfall comes when you buy into your own myth. The longer you stay in the same vocation, the more likely it is that this will happen.

Put another way, sometimes when people are successful, they believe everything about them is awesome – including the things that others repeatedly criticise them over.

It never occurs to them that they may have been successful in spite of these characteristics, not because of them.