How the 'Spirit of Cricket' misses the mark

The Laws of Cricket includes a preamble entitled, encouragingly enough, ‘The Spirit of Cricket‘.

Cricket has traditionally been described as a metaphor for fair play and doing all that is decent and good. When you hear somebody grumble – typically with a wistful shake of the head and a furrowed brow – that, “It’s just not cricket”, they are taken to mean that whatever has provoked their disapproval is somehow unfair or underhanded.

An employee, for example, who just discovered that their employer has misappropriated their superannuation contribution could rightly complain that “it’s just not cricket” before running off to consult either their lawyer or their local mob boss.

Similarly, “It’s just not cricket” might fall from the lips of a child denied the same privileges enjoyed by their elder siblings, although, in fairness, the child would probably have to be old beyond their years to choose that expression over, say, “I really hate this, y’know”.

I’m a lifelong cricket tragic. Even in a Sydney private school where playing cricket was compulsory in summer – and many of my classmates also loved the game – I was identified as the certified cricket nut in my year, so much so that when the Australian team lost I could expect teasing from my mates when I arrived at school the next day.

My own friends laughed openly in my face in 1981 when Kim Hughes’s team succumbed to miraculous exploits by the likes of Botham and Willis.

When the 1984 West Indians trampled the Australian team, my schoolmates were merciless in their hostile attacks on me. I felt like I’d been felled by a Malcolm Marshall bouncer.

Whilst my passion has been tested from time to time, I have remained loyal to both the sport of cricket and the Australian cricket team. 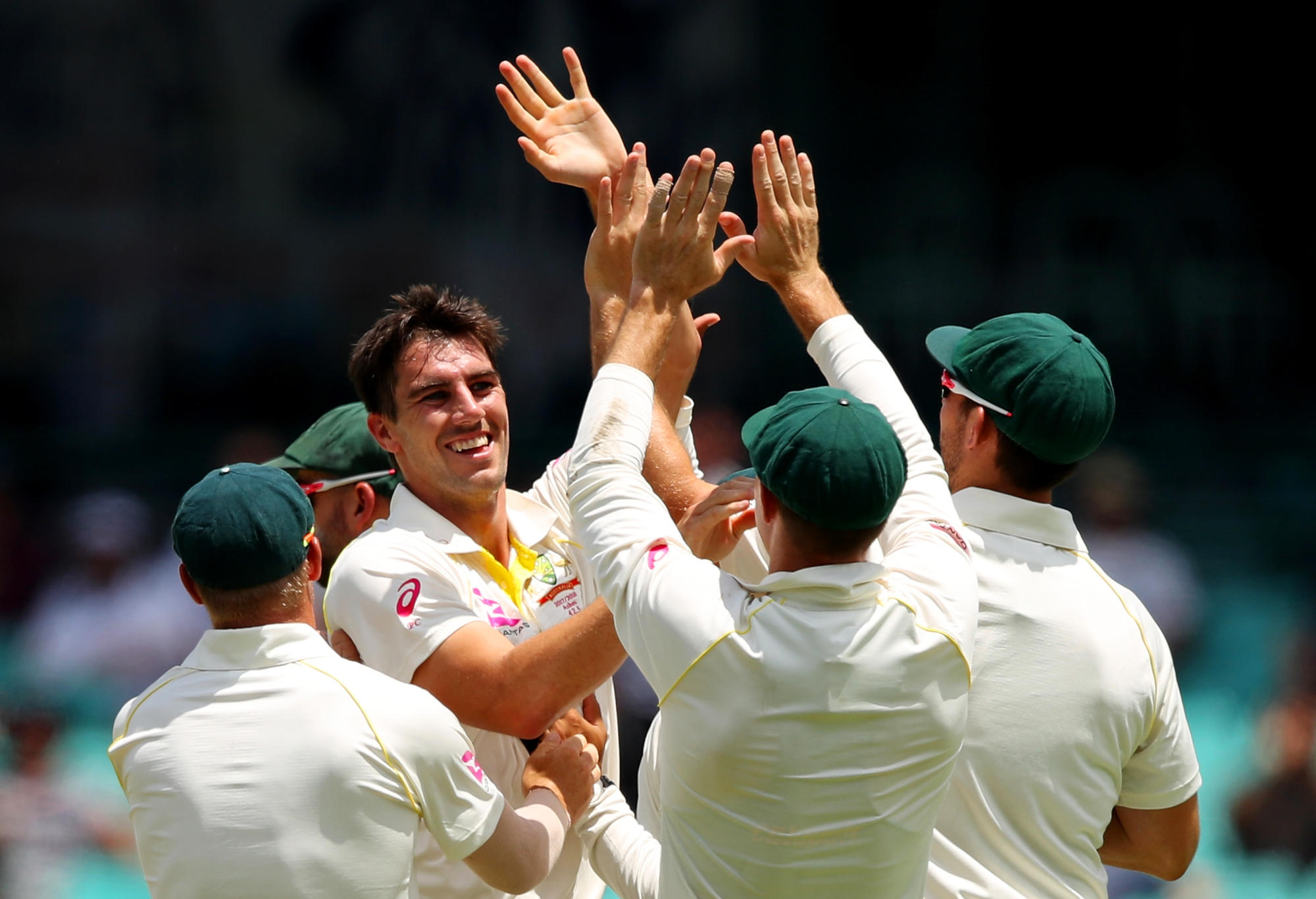 Throughout that cricketing life I’ve often bought into the (potential) myth that cricket is different to other sports in that it somehow elevates sportsmanship over winning and respect for the traditions of the game over everything else.

Yet with sledging and ball tampering and a win-at-all-costs attitude perhaps modern cricket itself is ‘just not cricket’. Indeed I now wonder whether cricket was ever cricket.

I won’t bore you with that hackneyed tale of William Gilbert Grace refusing to leave the wicket after being given out on the grounds that the crowd had come to see him bat rather than the umpire demonstrate his skills as an adjudicator – although perhaps I just did.

Having belatedly perused the rules, I fear that the learned authors of ‘The Spirit of Cricket’ have missed the mark. For a statement about the spirit of cricket, it lacks, well, spirit.

The preamble opens with the following words:

Cricket owes much of its appeal and enjoyment to the fact that it should be played not only according to the Laws, but also within the Spirit of Cricket.

Why commence with such a negative proposition as “should be played”? Really? 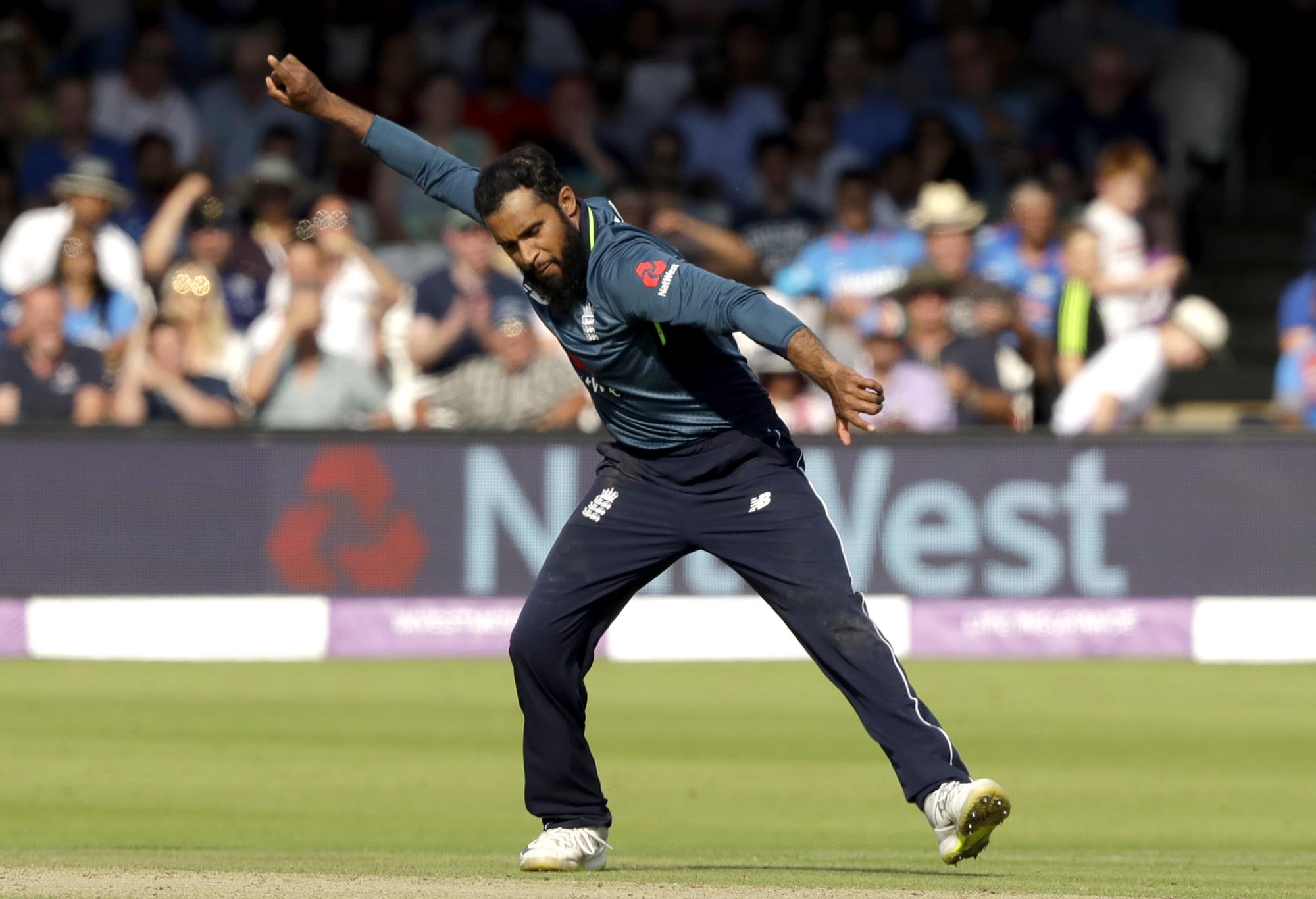 It seems to me that the authors knew from the get-go that there is a gulf between how the game should be played and how it is actually played, a massive difference between intentions and actions.

A batsman may envision a perfect cover drive – with one knee on the ground and a swashbuckling follow-through – yet only manage to poke at the ball and get caught at second slip.

A notorious sledger may vow to sledge no more yet still allow vile threats of violence to slip from his lips when the heat of battle becomes just a little tepid.

The notion that cricket – a sport which rejoices in being a metaphor for fair play – should merely aspire to adhere to its own spirit is hardly inspiring stuff.

Why not commence the preamble with a more positive statement, like, “Cricket demands that its participants play the game not only according to its laws but also in accord with the spirit of cricket”.

Subject to one soul-destroying grievance – to which I will return – the remainder of the preamble is largely uncontroversial, albeit closer to the bland end of the spectrum than the inspiring end.

Notions such as respect, fair play, congratulating opponents and accepting the umpire’s decision resonate. But I wonder how these worthy ideals differ from other sports, including those which have never claimed to represent all that is good and decent in the world.

How are these tenets of ‘The Spirit of Cricket’ different, for example, from the spirit of arm-wrestling? Having never competed in arm-wrestling and not being an arm-wrestling enthusiast, I assume participates are encouraged to accept the referee’s decision and that tickling your opponent’s armpit with your free hand to obtain an advantage is, at the very least, frowned upon. 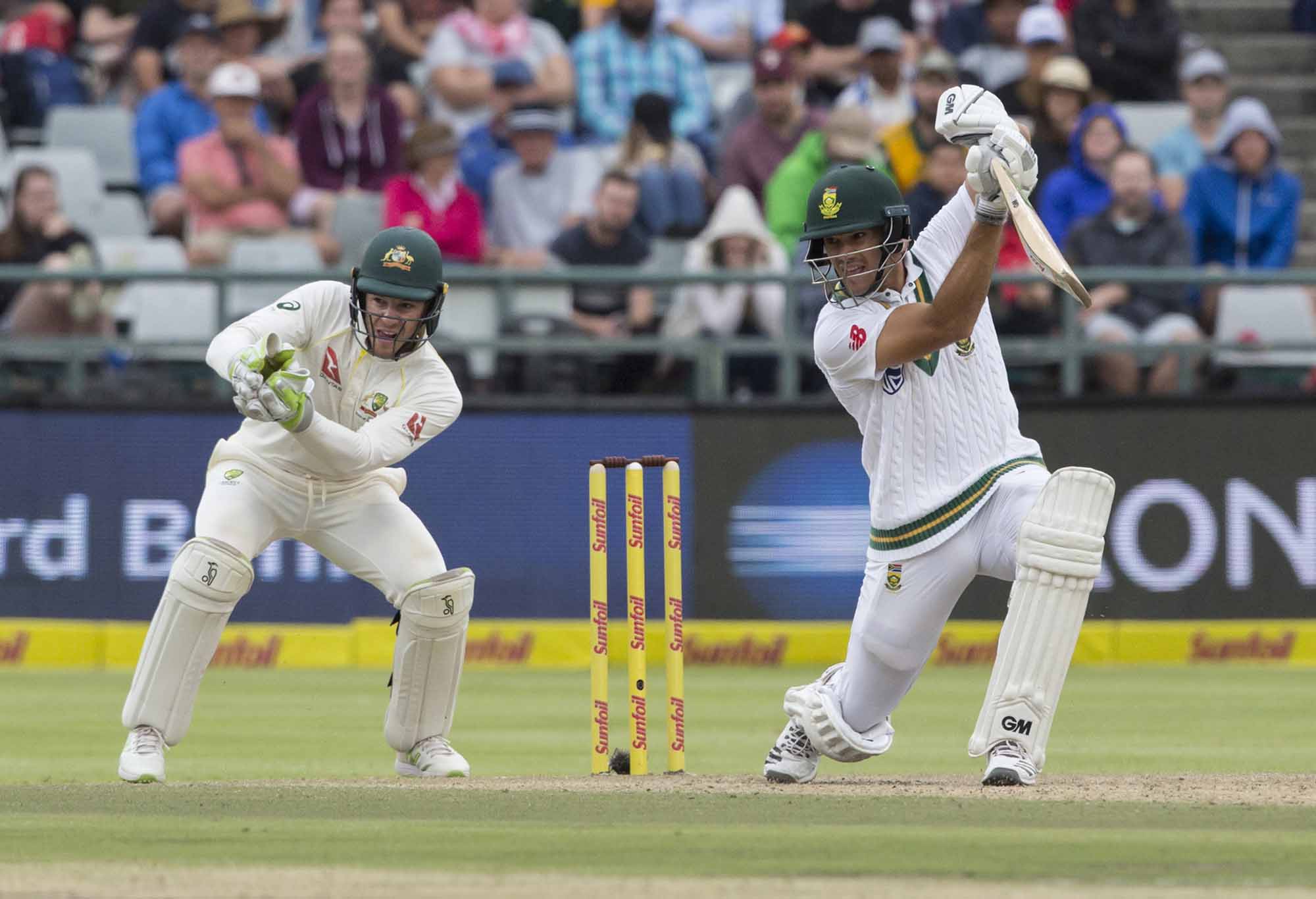 Returning to ‘The Spirit of Cricket’, the following vague notion is curious.

Show self-discipline, even when things go against you.

Such a crusty, stiff-upper-lip notion.

So when you cop a bad umpiring decision you should continue to go to bed before curfew, maintain your exercise regime and eat your greens? And, moreover, you should do so demonstrably?

I am guessing the authors meant you should keep your rage in check when a batsman is hopelessly LBW, only to be given not out, and to avoid looking quite so suicidal when your team is about to lose its sixth match on the trot and your career is about to end.

And what about this:

Create a positive atmosphere by your own conduct, and encourage others to do likewise.

Perhaps the fielding side should conduct a singalong between overs, led by the man at silly mid-off. And batsmen should skip between wickets rather than run.

But these are but minor grumbles. I promised a soul-destroying grievance. Here it is.

Respect your captain, team-mates, opponents and the authority of the umpire.

First up, I would reverse the order. Surely in the pantheon of respect it is more challenging to respect the authority of the umpire and your opponents than your own captain and teammates.

Any old punter can say, “Yep, my captain’s a good bloke and I’d do whatever he instructs me, even if I would have done the exact opposite”. It’s infinitely harder to accept an umpire’s decision you despise or shake the hand of the opposing captain who has just thrashed you for a matchwinning century after surviving a dodgy LBW decision on the first ball. 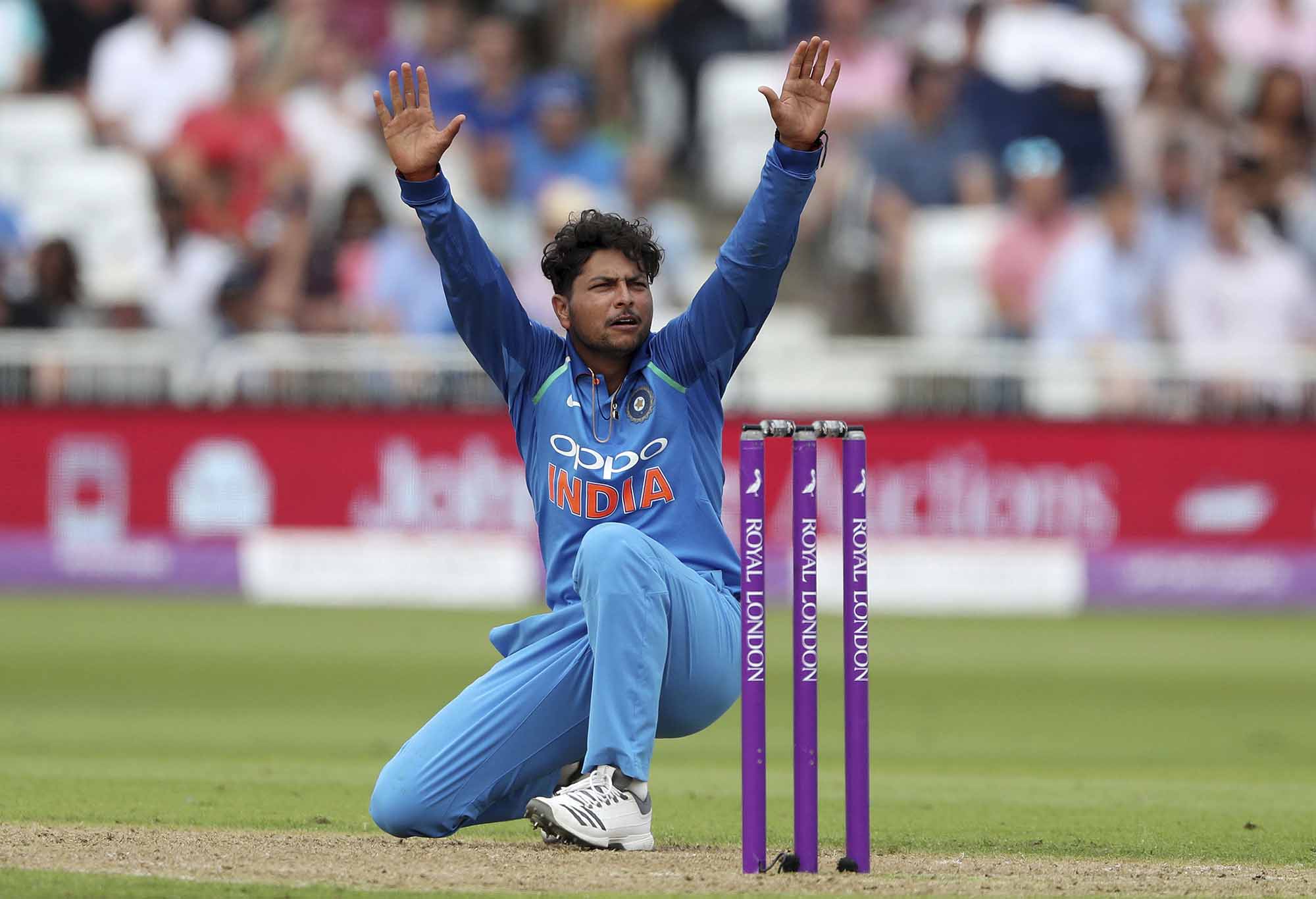 Moreover, the statement about respect omits the most important stakeholders in the game – why does the preamble not demand that players respect the tragically devoted cricket supporter?

We are the poor sods who pay to watch the game we love. We sit in the blistering sun because we don’t want to miss a ball. We endure interminable rain delays because we can’t wait for battle to recommence. We stay up all night when a Test is played overseas, because we know that we will never forgive ourselves if something magical took place when we were snoring. We happily accept that there are slow periods of play because the intrigue in cricket is often found in the calamity which might have happened but didn’t.

In other words, the cricket tragic suffers as much for the game as the players; more so, perhaps, given that, as much as we may kid ourselves, nothing we do will alter the outcome.

Steve Smith was born during Alan Border’s epic Ashes campaign in 1989. And, doubtless, he’s worked hard over the following 29 years to perfect his game. But let’s face it, I had already lived and died by Australian cricket’s triumphs and disasters for 20 years before Steve was even born! The game is as much mine as it is his.

The cricket tragic is the true custodian of the spirit of cricket, not the players and certainly not the media or the administrators.

The preamble should recognise that and demand that cricket’s participants respect our interest. I wonder if player behaviour would improve if every action was weighed and measured against how the true cricket tragic would assess it. 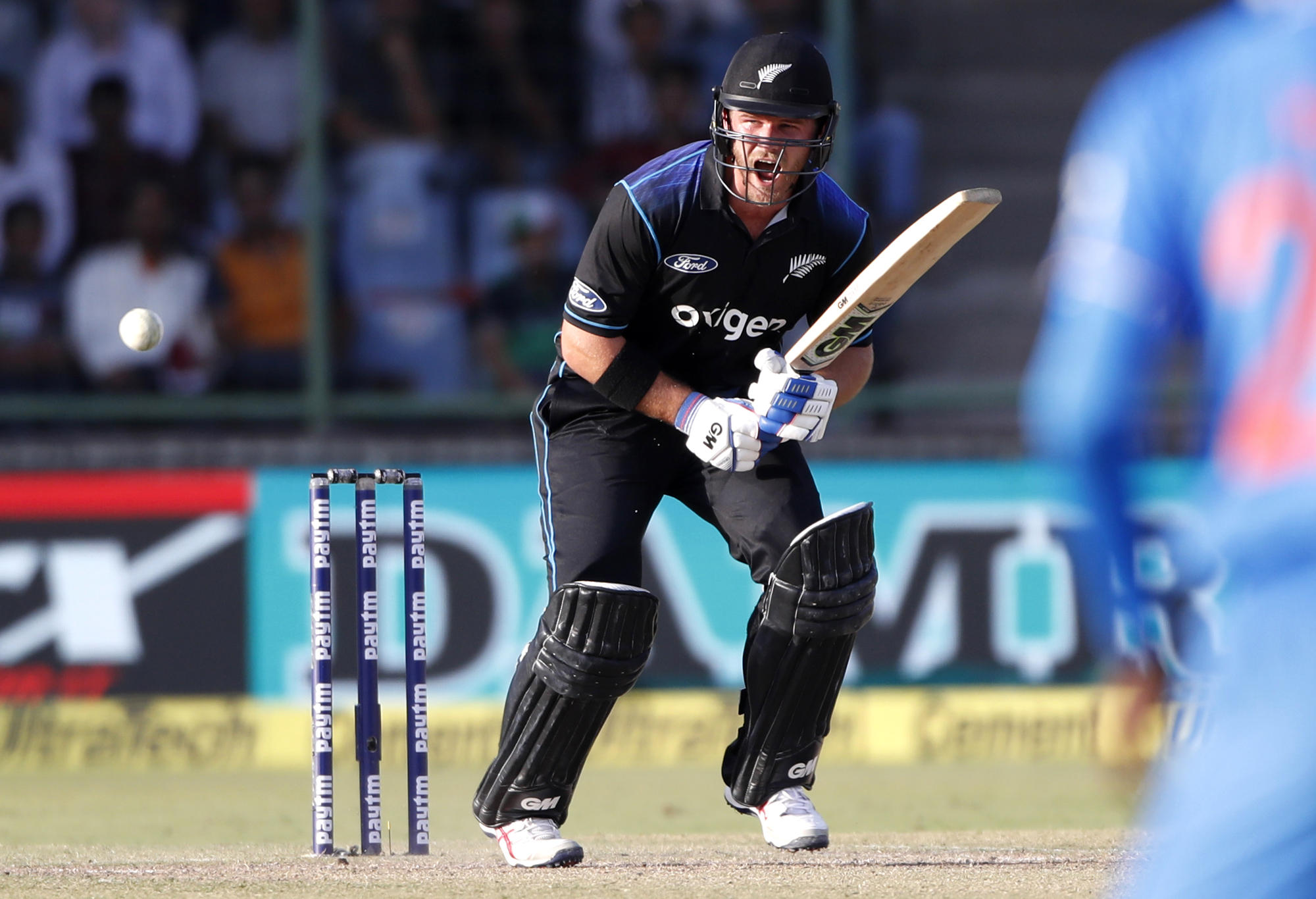 Ultimately the authors of the preamble played and missed when they tried to document the spirit of cricket. It fails to inspire.

I suggest – and I’m trying to be serious now – something like the following:

Cricket demands that its participants play the game not only according to its laws, but also in accord with the spirit of cricket.

Cricket, over all other sports, stands for decency, respect, good sportsmanship and fair play.

All participants must adhere to these ideals even when playing to win and even when the game is lost.

The true custodians of the spirit of cricket – and by whom all players are rightly judged – are the fans of the game, such as:

Play to win. Use all your skills to take a wicket or to hit the ball through the in-field. Play with passion and with joy. Play cricket because you love it. Play for those who love the game just as much as you do, but were not blessed with your skills.

Accept the umpire’s decision, even when it may be wrong; you’ve benefited from mistaken decisions in the past and will benefit from more in the future.

Shake your adversary’s hand and congratulate them on their victory, even when you feel you were on the better team.

Celebrate your wins with honour and handle your losses with dignity.

And always remember the countless fans at the ground or following the game through the media, and through your conduct and your skills earn their admiration, particularly those supporting the opposing team. That is the true test of whether you adhere to the spirit of cricket.