New Australia headed over to the UAE for a Test series against UAE specialists Pakistan. The two teams were fighting for the Jubilee Insurance Presents Brighto Paints Cup 2018, one of the most beloved trophies in the history of world cricket.

Here are the ratings for the first Test between Pakistan and Australia.

Pakistan’s Openers
Grade: B+
Pakistan won the toss and chose to bat. And bat and bat. Openers Imam-ul-Haq and Mohammad Hafeez batted throughout the first two sessions to put on a 205-run opening stand.

It was virtually a chanceless partnership from the pair. There was one outfield catch that Mitch Marsh put down, the first drop of his new career as team co-vice-captain.

Yes, for those who haven’t heard, Mitch Marsh is now part of the leadership team. One of the reasons offered for Marsh’s elevation to a co-vice-captaincy role was because of his excellent cricketing ‘lineage’. Fantastic news for Austin Waugh fans.

To be more precise, the Australian Test team is now operating with one captain (Tim Paine) and two vice captains (Mitch Marsh and the sensibly absent Josh Hazlewood).

I assume, like some kind of mad pyramid scheme, there are also four co-vice-vice-captains and then the eight remaining players in the squad sit at the bottom of the pyramid scoring all the runs and taking all the wickets.

Or, as was the case here, not taking the wickets. Still, like any good bowling unit, the bowlers were at least sharing the lack of wickets around. 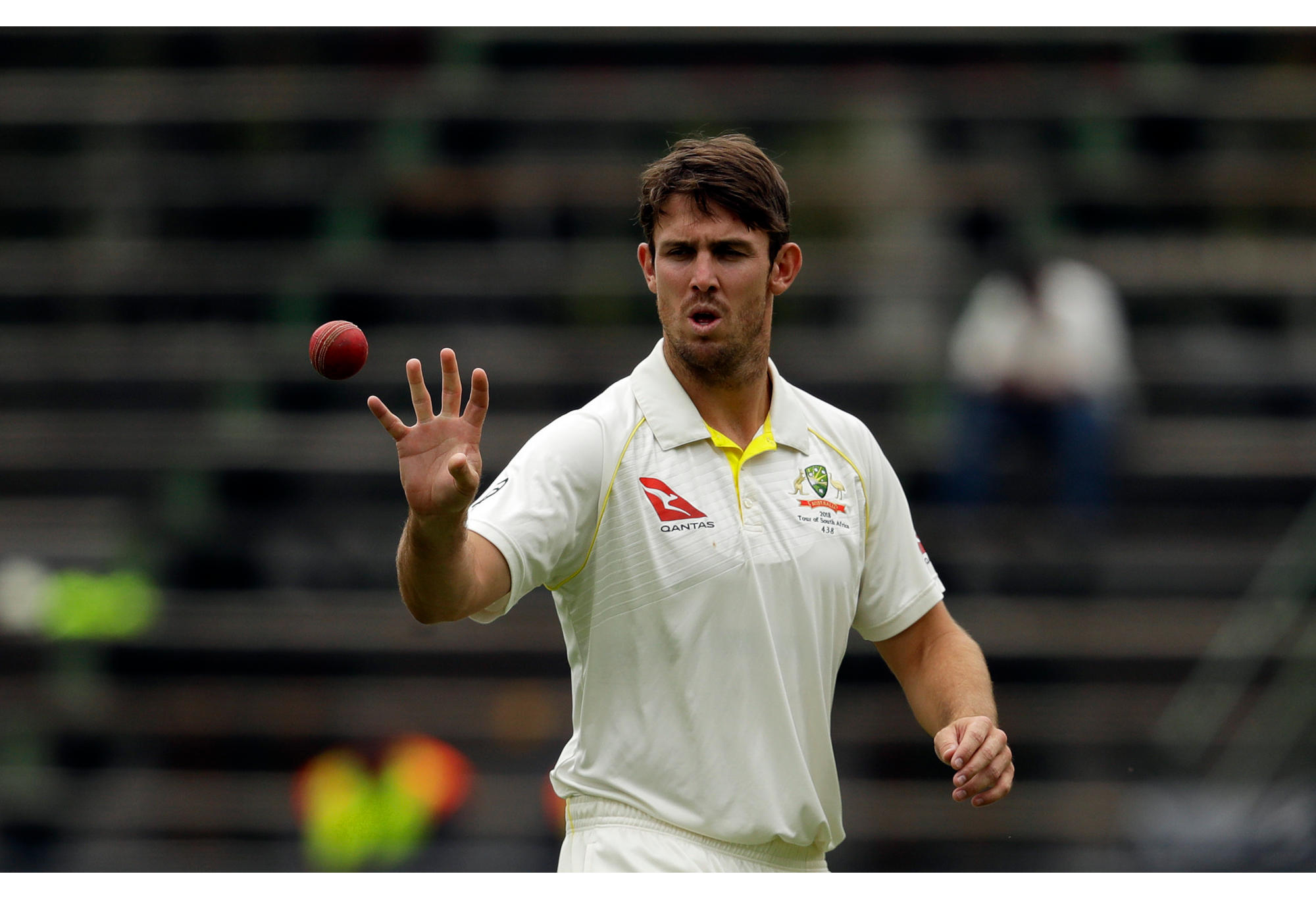 Australia’s Openers
Grade: B-
Eventually, a day or so later, Pakistan were dismissed for 482. And Australian’s new opening pair of Aaron Finch and Usman Khawaja were sent out to the middle.

I assume coach Justin Langer was there to give them a pep talk:

“Aaron, Usman, I know you’re keen to get out there and open but give ol’ JL an ear for just a second, huh? You’re about to open for Australia together for the first time and I just want to check that you’ve discussed which one of you gets to be Haydos and which one gets to be me?”

“Oh, what’s that? You both want the same role?

This chat seemed to do the trick. Because just like the Pakistan openers, Khawaja and Finch were dominant, putting on 142 for the first wicket.

But credit to Pakistan, who hung in there during the big partnership. They didn’t panic and just kept in mind the old cricket truism that one wicket brings ten.

Comedy collapses
Grade: A-
Australia collapsed from 0/142 to 202 all out. This came as quite a surprise to the selectors who had justified many of their more intriguing selections for the squad on the notion that by picking players with a solid historical record for scoring thirties these kinds of collapses would be prevented.

In retrospect, the idea of preventing collapses by selecting batsmen who can score thirties seems overly optimistic. Australia should start with batsmen capable of scoring one run, then work their way up.

The 10/60 was a quality comedy collapse. An oldie but a goodie. But it’s a little bit sad that as Australians we so rarely get to see them at this kind of comic level at home. Every now and then, sure, but nothing like the brilliant level of hilarity they so regularly display on tour.

To be fair, this is true of most international teams. It’s a big problem for funny cricket all around the world.

Hopefully Australia can be just as funny in home conditions this summer against India and set a benchmark for the rest of the world to aspire to. 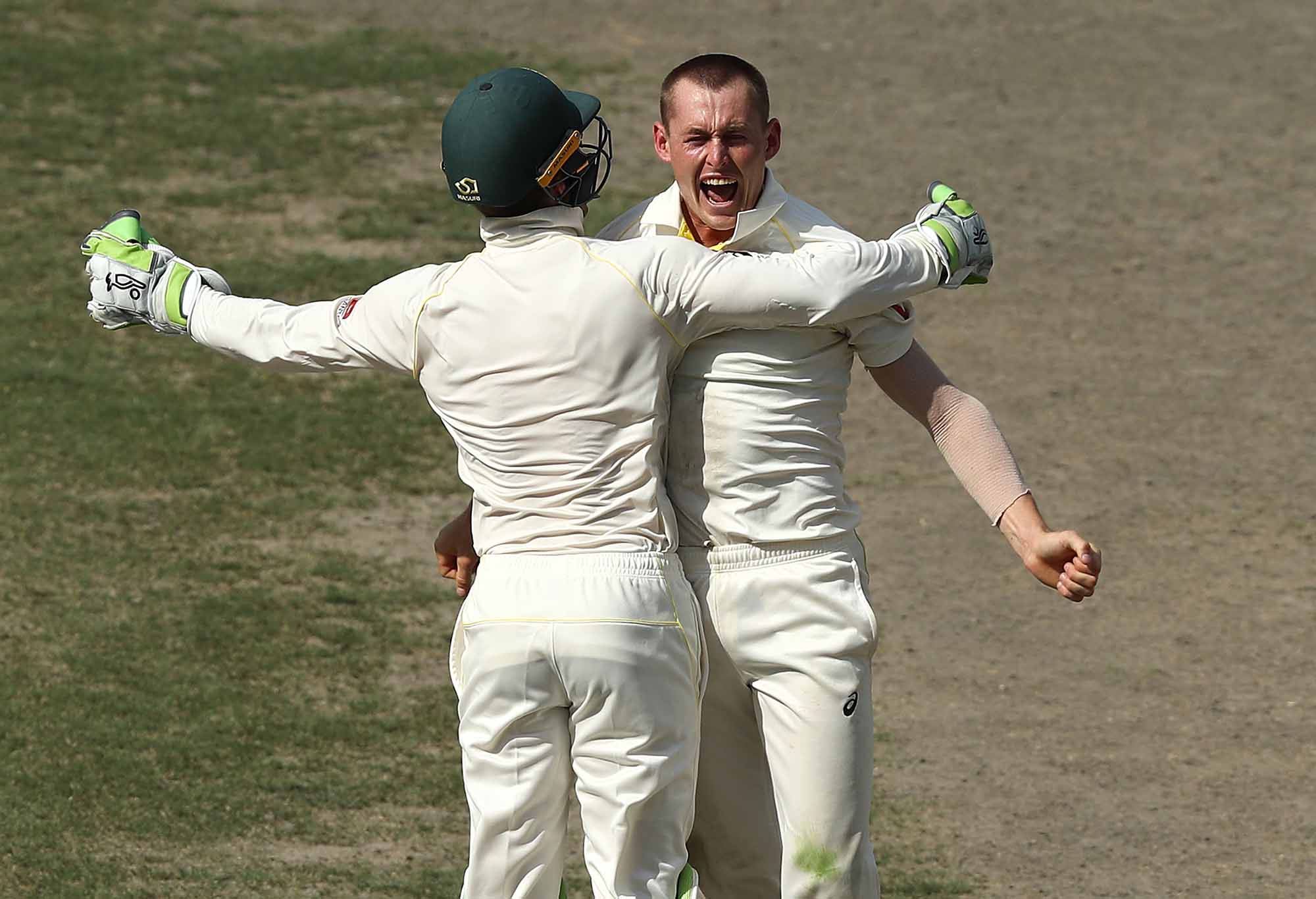 By the end of the third day, he had the following Test record:

Wickets: 1 (“Bowling, Labuschagne”)
Catches: 1
Run outs: 1
Warnings for running on the pitch: 1
Captain mispronunciations of his name at the toss: 1
Runs: 0

He went on to ruin it by making a few runs in the second dig. But still an exciting young cricketer.

Usman Khawaja
Grade: B+
Pakistan didn’t enforce the follow-on. Because it was too hot. Instead, they batted again and set Australia 462 to win.

Or, more realistically, the better part of five sessions to draw the game. 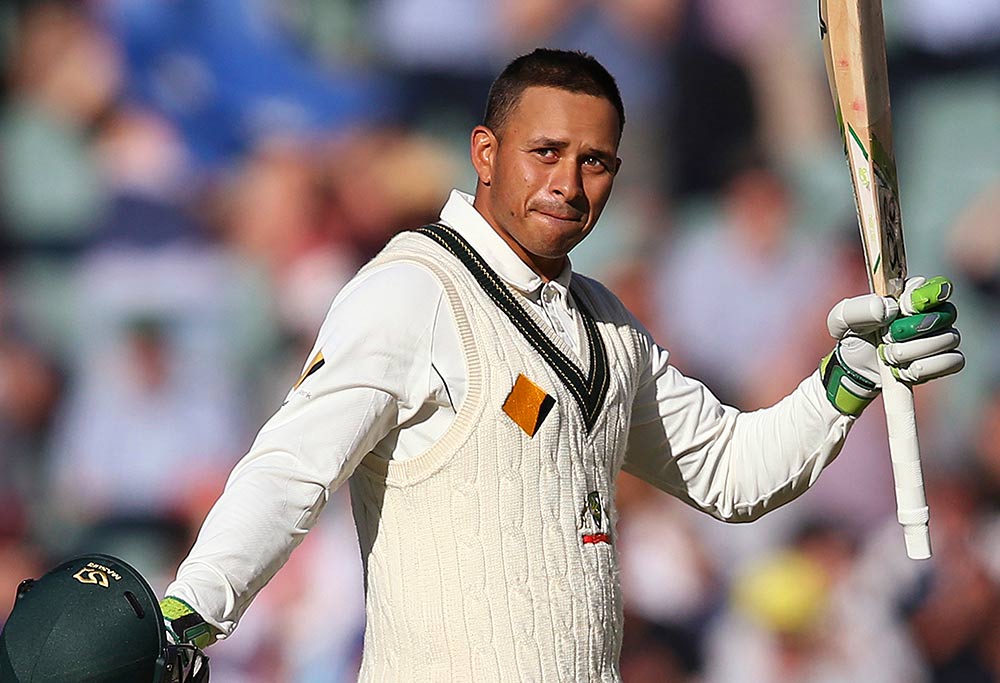 Which is why it came as such a surprise when Usman Khawaja then made 141 from 302 balls, batting into the final hour of the fifth day to help save the Test.

A fantastic knock from Khawaja, made even more impressive by his ability to accomplish it despite his complete lack of cricket lineage.