2016 was a good year for Matthew Dellavedova.

He won a NBA championship along side Lebron James and Kyrie Irving, partied in Vegas wearing a Hawaiian shirt with Corona cans in both hands and then as the league hit a massive cap spike and NBA teams handed out big contracts to bad players, our ‘Delly’ cashed in signing a four-year $38mil (USD) contract with the Milwaukee Bucks.

The Bucks were drawn to Dellavedova who at the time was 25 years of age, had finished the previous season shooting 41 per cent from 3 and having showcased his defensive ability chasing Stephen Curry through the NBA finals.

In the 2016-17 season Dellavedova started a career high 54 games and career high 26 minutes per game. The problem for Dellavedova was a drop in his shooting percentage and a decline in all advanced metrics.

Added to this, the Jason Kidd-coached team were a defensive liability that Dellavedova was incapable of saving. By the end of the season, eventual rookie of the year, Malcolm Brogdon had become the preferred option at point.

Last season Dellavedova fell even further down the pecking order as Eric Bledsoe arrived to run the point and ball handling duties were handed over to the transcendent talents of Giannis Antetokounmpo. 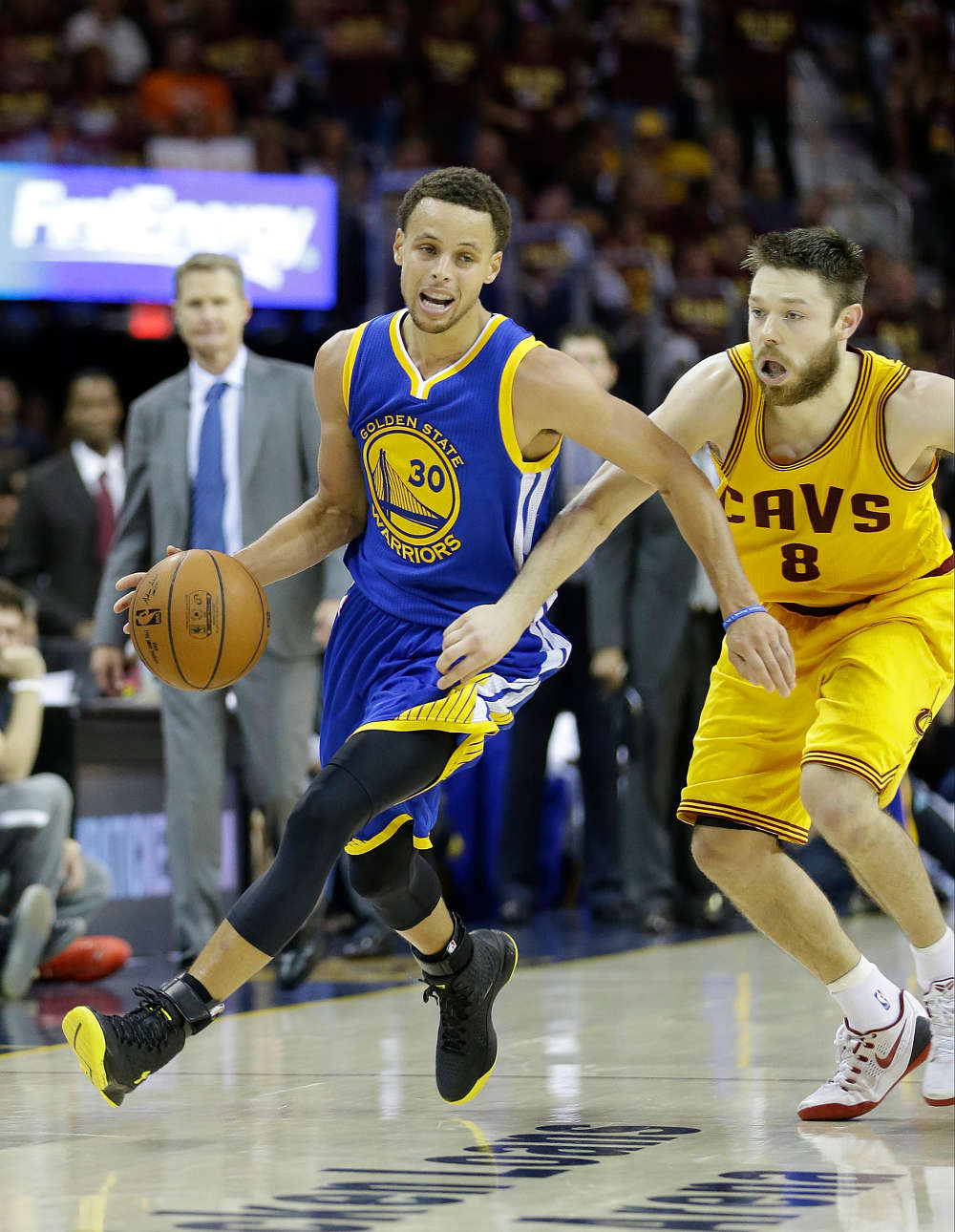 Delly on D during his time with the Cavs.

The current season offers little hope for Dellavedova with the Bucks opening on an undefeated 4-0 start running a super charged offense with Giannis holding the reins surrounded by long, athletic shooters.

The Bucks find themselves in the tortuous position of paying Dellavedova 9 ½ mil both this year and next not to play basketball.

Australian Thon Maker, a Sudanese refugee, shot up the Bucks draft board and was selected pick 10 in the 2016 draft. Maker – who skipped college having been deemed draft eligible out of high school – had been a social media sensation with his highlights showing a 7 footer with ball handling and a jump shot. Some touted comparisons to Kevin Durant.

Maker’s opening season saw limited opportunities. He played only 57 games at 10 minutes per game. His numbers however were promising – a 7 footer who shot 38 per cent from 3 and who’s per 36 minutes stats were 14.5 points , 7 rebounds and 1.7 blocks.

Following his rookie season Maker was expected to feature as a key competent of the up and coming Bucks, yet he declined in nearly every statistical category, most glaringly, his 3pt percentage dropped below 30 per cent.

With the arrival of Brook Lopez, who has transitioned from a dominant post scorer at Brooklyn to now simply standing in the corner on offensive possessions and has made 38 per cent of his 3s on a staggering 7.3 attempts per game. Somehow, Lopez a 7 footer, has managed just 2.8 rebounds per game on 26 minutes. The return of Ersan Ilyasova has also offered the Bucks the flexibility of a shot making big.

While Maker was absent from the Bucks early season games due to injury, Maker seems to sit behind Lopez, Henson, Ilyasova and Christian Wood (Wood an undrafted centre outplayed Maker in preseason) in the hierarchy for a team that now has a focus on making a splash in the post season over playing the youth. 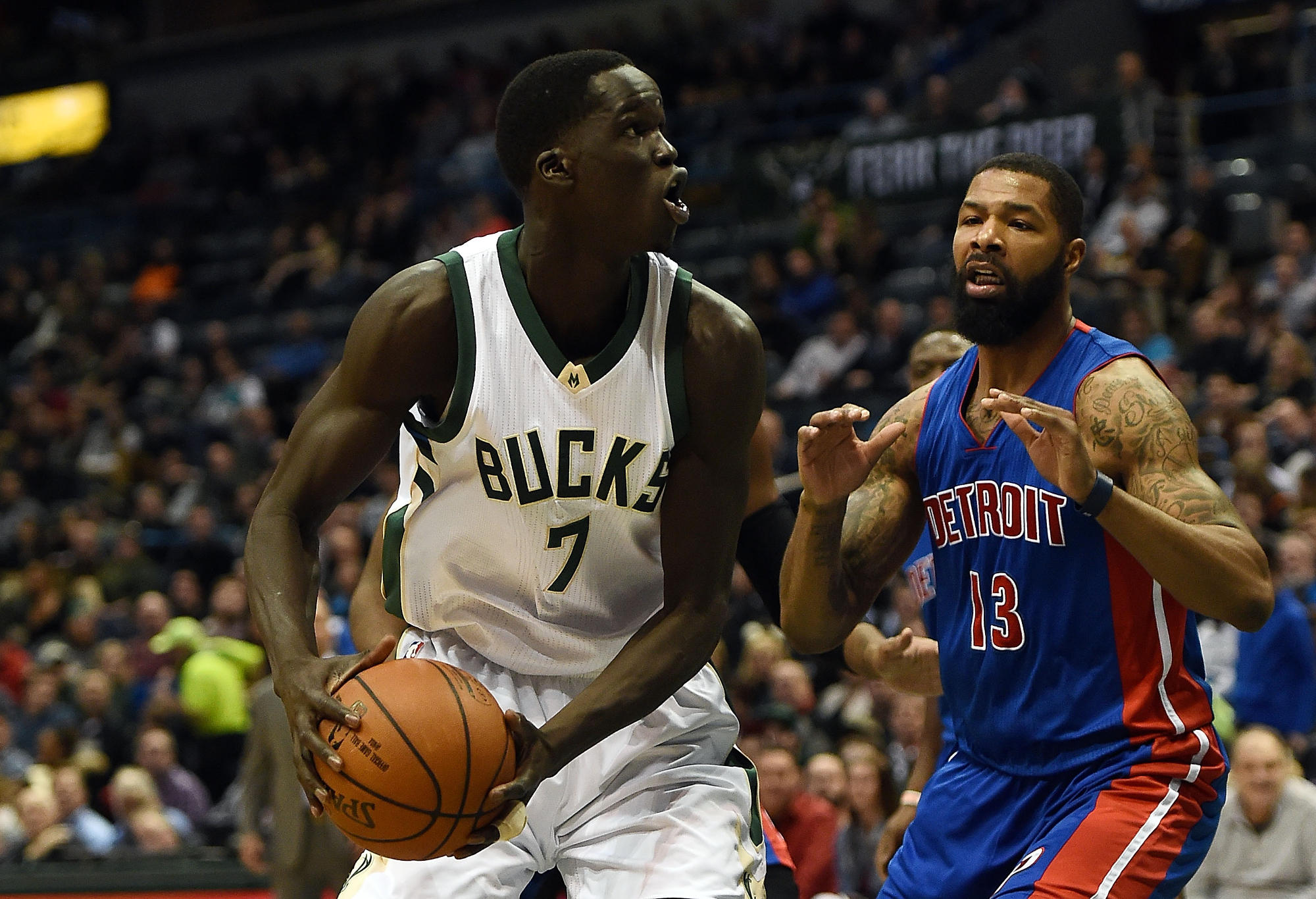 The problem for Australian NBA fans is the much-loved Dellavedova and Maker are stuck to the Bucks bench. So who could be a home for a gritty back up point guard and a prospect big man who offers rim protection and outside shooting?

Cleveland Cavaliers
Trade: Kyle Korver for Delly and Thon
The Bucks have shown a commitment to three point shooting bumping from mid-20 attempts per game to a Houstonesque 40+ attempts per game and the Cavs can offer Korver as one of the all time great outside shooters. While Korver won’t strengthen the Bucks’ defensive performance he offers the Bucks a flamethrower to add to the arsenal of outside shooters.

The Cavs have been even worse than some expected following the departure of Lebron James. They have the dire outlook of a very long rebuild with only first round pick Colin Sexton, international prospect Cedi Osman and bouncy Larry Nance as the young talent on the roster.

Adding to the issue is the Cavs have little cap flexibility with Kevin Love’s max five-year extension as well as George Hill, Tristan Thompson, JR Smith and Jordan Clarkson all on the books with eight digit salaries for next season.

The trade would bring back Cavs championship cult hero Dellavedova to bring intensity to a team that risks checking out before the end of the first month of the season. Maker gives the Cavs a flyer at a young talent for a team lacking long term prospects. Delly’s inflated contract wouldn’t matter to the Cavs given their cap position.

As an added bonus to the Bucks they’d cut five million dollars from their salary both this year and next.

Phoenix Suns
Trade: Tyson Chandler for Delly and Thon
While Chandler is unlikely to make the Bucks rotation given their desire to play a five out offence, Chandler is an expiring contract that when coupled with Eric Bledsoe’s $15mil USD expiring contract would offer the Bucks a max contract space for next season – one that might prove lucrative to potential free agents given their emergence as an eastern conference contender.

Chandler would also provide a banger for any potential showdown with Joel Embiid in the playoffs.

While the Suns might be a ‘rebuilding’ side they have shown a desire for experienced hands (off season acquisitions Ryan Anderson & Trevor Ariza) to show the way for the talent of Booker and Ayton.

Dellavedova adds to this focus with his nightly demonstration of playing every minute like it’s your last while also offering the Suns as point guard, a position they have very little depth.

Dellavedova lends himself to playing off ball as a spot up shooter and as secondary ball handler with Devin Booker carrying the primary play making duties.

The Suns might balk at adding over $13mil to next year’s salary, but the team might be better off continuing to pursue the draft than dipping into a free agency battle they are unlikely to win next off season. If the Suns see Maker as a prospect to back up #1 pick Deandre Ayton, or even along side him with his outside shooting, they might be willing to pay the price.

Brooklyn Nets
Trade: Jared Dudley for Delly and Thon
Kiwi Sean Marks found himself as the general manager of Nets tasked with rebuilding a side devoid of draft picks following the disastrous catastrophes of the Paul Pierce/Kevin Garnett trade and owner Mikhail Prokhorov’s desire to sell the future for intimidate results.

Marks and the Nets have done a commendable job of acquiring former lottery picks that have been cast aside by their original teams – enter Thon Maker. While the Nets like what they have with Jarrett Allen, Maker is another hopeful that might tempt the Nets.

While Dellavedova’s contract might appear a hinderance, the Nets have only 42mil in guaranteed contracts for next season, a number that might drop even lower if the Nets can find a suitor for three point threat Joe Harris and his reasonable 7.6mil contract for next season.

Dudley, as he does to the current Nets, offers a veteran presence, capable outside shooting and a feisty defence. Dudley is also a discount on the Bucks salary bill and an expiring contract.